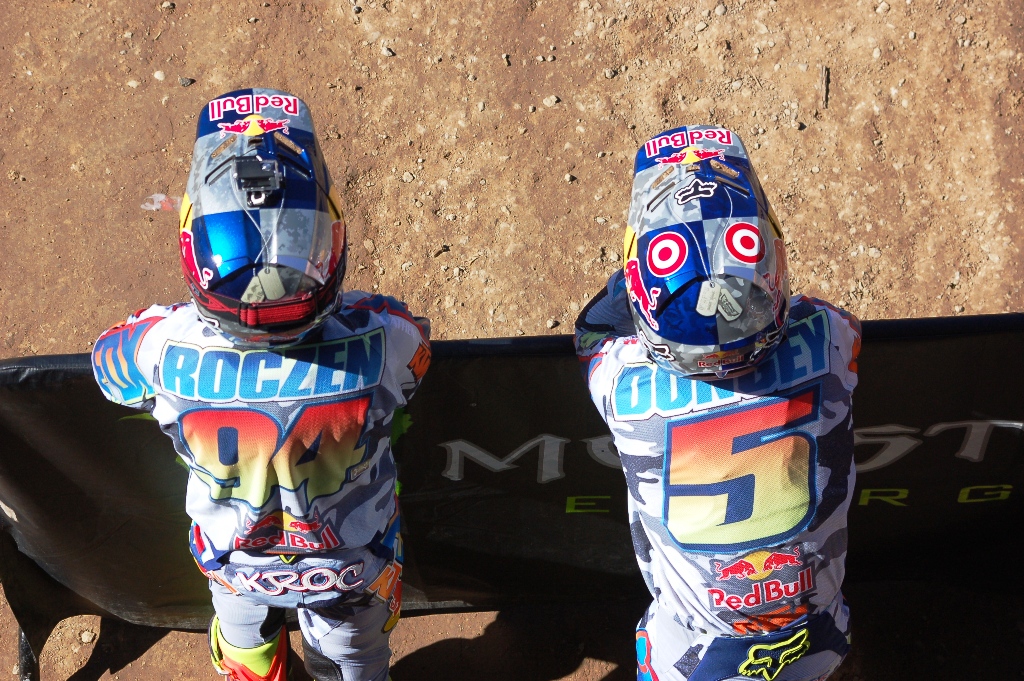 A quick chat with: Roger DeCoster

The Belgian who has made America home, has seen all the greats of US motocross and managed most of them from David Bailey to Ricky Johnson, to JMB and Ricky Carmichael.

Now DeCoster has two more great riders in his camp with Ken Roczen and Ryan Dungey at KTM. We caught up with Roger to get his take on their night in San Diego and if having two top riders in one team is an advantage or disadvantage.

MX Vice: There were a lot of people from KTM over this weekend and you won both heat races in front of them.

Roger DeCoster: Yeah there was a meeting for the managing directors from all the different countries so they all organised the trip, the meeting was here this week so they could take in the supercross. For the Asian people and the Europeans it is really cool for them to see a supercross.

MX Vice: You started out good with Ken and Ryan winning both heat races.

Roger DeCoster: We started out good in the heat races but we needed to be a little better in the main. Still it was not bad, a podium and a fourth.

MX Vice: When Ken got into third it looked like he was going to catch Villopoto and Stewart did you think he could have?

Roger DeCoster: In the beginning of the race I thought he would stay close or maybe pass them because he had the speed in the heat race but he was riding a little bit tight in the main.

MX Vice: Ryan Dungey has been more aggressive this year is that something you have worked on with him?

Roger DeCoster: Yeah, but he still needs to get up to speed a little bit earlier. His best is still from lap 12/13 until the end you know? He needs to pick it up in the beginning a little bit more.

MX Vice: Having Dungey and Roczen in the same team means it’s quite a rivalry now, Ryan has never had that before, is that something you enjoy managing and is it good for them?

Roger DeCoster: I think it is good for both guys because they push each other and it is good for us to figure out the bike. When only have one rider it is very difficult to be sure if the changes you make on the bike are in the right direction because maybe one day the rider feels really good and maybe the next time he doesn’t feel so good, so you never know exactly if it is the bike or the rider. So with two riders it is easier to figure out.

MX Vice: Do you think there will be any conflict between them? They both seem nice, easy going guys.

Roger DeCoster: They are very competitive with each other but they get on pretty decent.

MX Vice: Dean Ferris is new to the supercross scene, are his results what you expected?

Roger DeCoster: It’s tough for him, really tough but it’s what I expected. We hope that outdoors he should feel more at home.