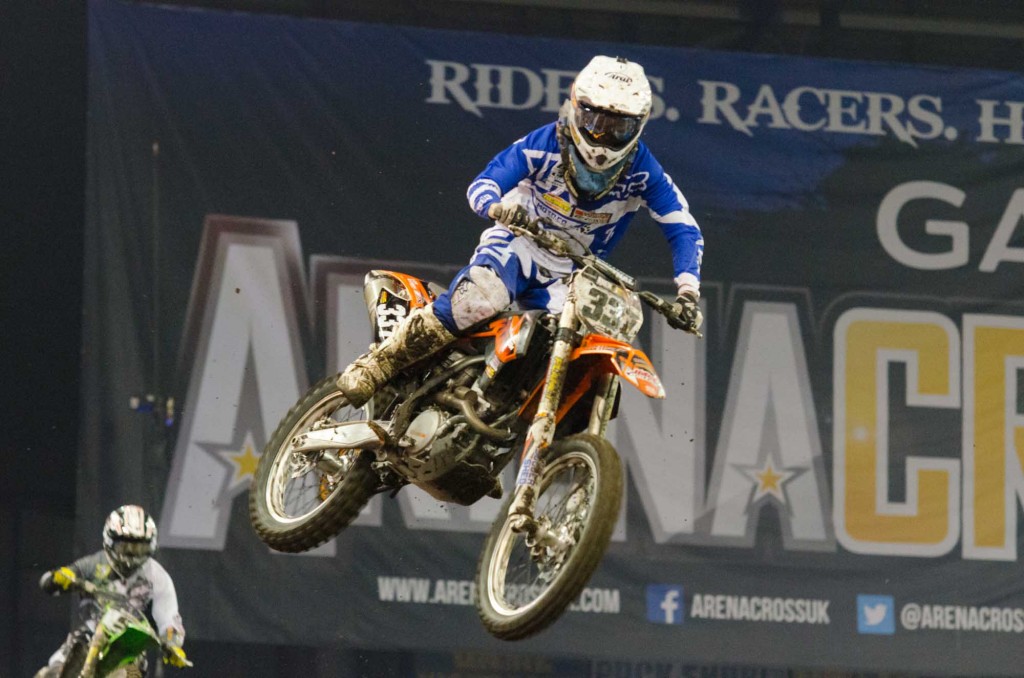 A quick chat with: Glenn McCormick

In 2013 young Glenn McCormick  had the best year of his career. The Larne based rider won both the Ulster and Irish MX2 titles in emphatic fashion aboard a stock 250f KTM.

But for 2014 McCormick is ready to make the move to England and start his journey in the MX2 British championship. It will be a big step up for Glenn but his technique and smooth style should stand by him as he graduates to the next level.

McCormick is proven on the British youth scene with wins at the MXY2 and Red Bull rookies last year. He also scored two second places the Rookies class at the recent Garmin Arenacross in Belfast.

The KTM rider is also friendly with Martin Barr who will no doubt help guide his friend through any potentially choppy waters in his debut season in the British championship.

We sat down with the always smiling Ulster and Irish champion to get his thoughts on 2013 and his hopes for 2014.

MX Vice: Did you expect to both win championships last year?

Glenn McCormick: Well… I would have liked to have done it the first year! I missed out with a DNF which was a bit of a bummer. Last year I done what I set out to do and that was the main thing, it couldn’t have went any better- it was a brilliant year.

MX Vice: In 2012 you were on Kawasaki, did you feel more comfortable on the KTM?

Glenn McCormick: The year before the Kawasaki I didn’t really gel to well with it, and I wasn’t having as much fun. But as soon as I stepped on the KTM on the KTM test day I just loved the bike, it was brilliant. There wasn’t one day where I didn’t enjoy racing it.

MX Vice: You dominated the Irish championship although the race wins probably weren’t as easy as they looked on paper because Jason Meara was running you pretty close. Was it enjoyable to race with him?

Glenn McCormick: Yeah it was good, I was glad he was there because we brought each other on. Every time He was close to me or I was close to him we pushed each other. Lewis Tombs started out the year although he didn’t finish it but it would have been nice to have raced him as well and that maybe would have brought us on a step as well.

MX Vice: The Ulster title was closer but you handled the pressure well at the last round.

For me that day I was going to go out enjoy myself, it had been a hard end to the year after dislocating my shoulder. I just wanted to get out for a bit of craic really!

MX Vice: When did you dislocate the shoulder and how much did it hold you back?

Glenn McCormick: I did it the week before Gormanstown (mid-way through the year) and it was hard but I had to get through it and get on with it.

MX Vice: Your other highlights of the season were winning the MXY2 British at Desertmartin and the Red Bull, were you expecting to win those races?

Glenn McCormick: The British at Desertmartin, I had started off the year and I hadn’t got my suspension done. But once I got it done the difference was unreal. I went to Milton and got third on the podium with second in one of the races so coming into Desertmartin I knew I could do it – I knew I could do it all year. But it was just putting it together and doing it.

Winning at Desertmartin was great, but a lot of people say it’s your home track, but I won it and a lot of the English ones know the track pretty well too. It was great to win it especially, with the year it’s been with wee Callan passing away so it was pretty cool to do that on that weekend.

MX Vice: That must have given you a lot of confidence did that help you doing the Red Bull?

Glenn McCormick: Definitely, I went into the Red Bull race just for a bit of craic. Martin (Barr) was going and I jumped in with him and went out.

I wanted to win there but in a way I surprised myself because I fell off in one of them but came back and finished second but was right on the leader . From Desertmartin onwards everything seemed to click and it just all fell into place.

I had real good fun at Whitby and there were loads of jumps – 36 or something in one lap, I really enjoyed it!

MX Vice: Your style is fairly similar to Martin Barr, you are stylish with good technique and enjoy the jumps – is that something you worked on or tried to copy?

Glenn McCormick: It’s sort of a natural thing. I was always told to concentrate on my style/technique on the bike and the speed will come. I just try to keep the head down, be steady and try and not make too many big mistakes. That’s a big thing next year – I want to eliminate those silly mistakes.  I just love the big jumps!

MX Vice: Are you planning on doing the full MX2 Maxxis British championship this season?

Glenn McCormick: Yeah the plan is to do the British and the Red Bulls and if they don’t put the Irish and Ulster’s on the same date as the Red Bull, hopefully we can do them as well. It would be nice to do the home races but we will see what happens.

MX Vice: So really your main concentration is England?

Glenn McCormick: Yeah I have won everything I can here now so the only thing I can do is go to England. That’s what Martin, Graeme and Gordon Crockard did, so I am going to have to give it a go. All you can do is go there and hope that it brings you on.

MX Vice: It is obviously very competitive over there and you need a pretty fast bike as well, what are your expectations?

Glenn McCormick: I don’t know what to expect next year. My main aim this is to see where I start at the beginning of the season and then to have made a big jump by the end of the year with where I’m finishing. I am not too bothered where I finish but I want to see that improvement, that will be my main target because it is definitely going to be a hard year but I just have to get on with it.

MX Vice: Jason Meara did a couple this year and was just outside the points in some races in England and obviously got good points at Desertmartin, does that give you a bit of a reference point?

Glenn McCormick: Yeah he had a lot of good rides and obviously we were battling all year. I would like to think I could score points and I will give it a good go. At the Red Bull I was able to run the same pace as wee Ben Watson, so I don’t know. We will see and just take it as it goes. I won’t worry too much I will just go out and enjoy myself and as long as I enjoy it that’s the main thing.

MX Vice: How far would you like to get in the sport?

Glenn McCormick: I don’t know. British level would be good and British champion is a nice goal to have but it will be very hard to do. It won’t be easy and it will take an awful lot of work but I am willing to do that and give it a go.  I am 18 so I have still got plenty of time left I hope. I am going to give it a go and next year will be big and we will see how it goes. I am looking forward to the challenge.