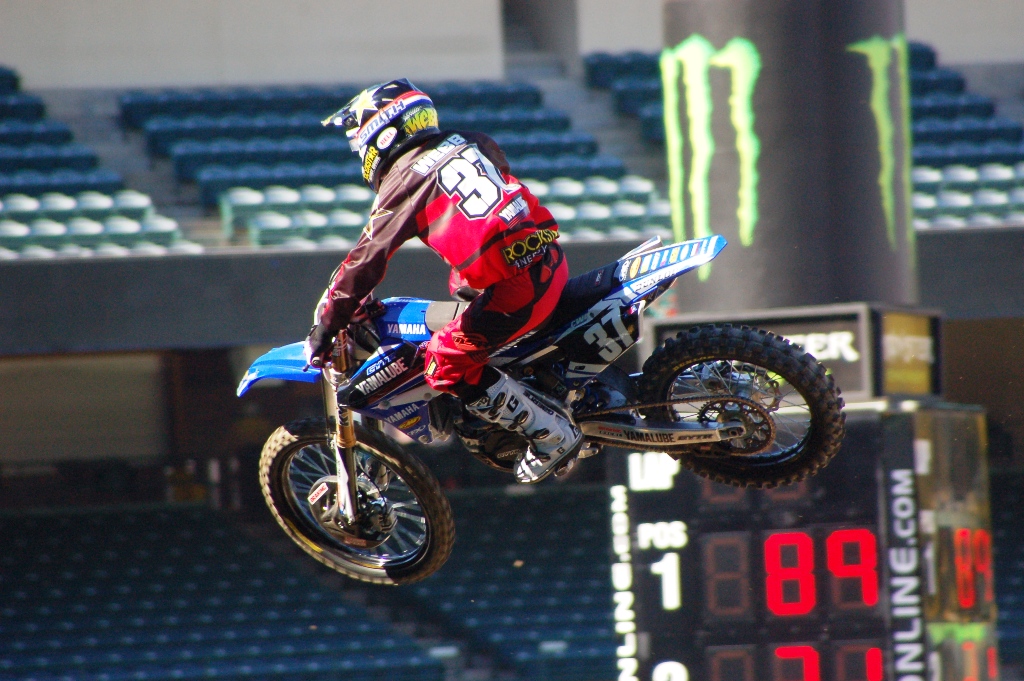 A quick chat with: Cooper Webb

Cooper Webb has quietly been very impressive this year. The rookie who is so often over-shadowed by rival Adam Cianciarulo is starting to become a big name in his own right.

Super smooth and very consistent, Webb rides with his head. But at Anaheim he also rode with pain his wrist.

After his huge practice crash at Oakland Webb dislocated his wrist and at A3 the wrist was popping in and out during the day. The young Yamaha kid toughed it out and still brought it home in third place.

We spoke to Cooper to get his take on his night.

MX Vice: Another third place you are looking good and solid in your first year, are you happy so far?

Cooper Webb: Yeah I’m happy, I had a really bad crash last week in Oakland and couldn’t ride all week. I came here and raced but it kept popping in an out today. I honestly couldn’t be happier I just wanted to get out there and ride and try to finish. To be on the podium is unreal and so far the season has been great and I am looking forward to trying to keep the momentum.

MX Vice: You don’t really look like a rookie out there you are very solid, consistent lap times, is that something you expected out of yourself?

Cooper Webb: Yeah I trained really hard this year and I felt really prepared. The whole Yamaha team has been helping me out to get that bike dialled in. I feel like this year was a good year to do my own thing and it was good.

MX Vice: Where was the wrist troubling you most tonight? The whoops looked pretty gnarly…

Cooper Webb: The whoops are what gets it with the impact. Unfortunately it just needs time to rest but with our busy season it is hard to get healed. Luckily we have one more race then a good break and get back to 100%.

MX Vice: Are you going to ride during the week again?

Cooper Webb: I’m not sure we will see. I think being healthy for the race is most important.

MX Vice: Your right in there fighting for top three in the championship, is that what you expected?

Cooper Webb: Honestly I just wanted to be top five every race. I have had two podiums this year and still in the points so I can’t complain and I am just learning a lot.