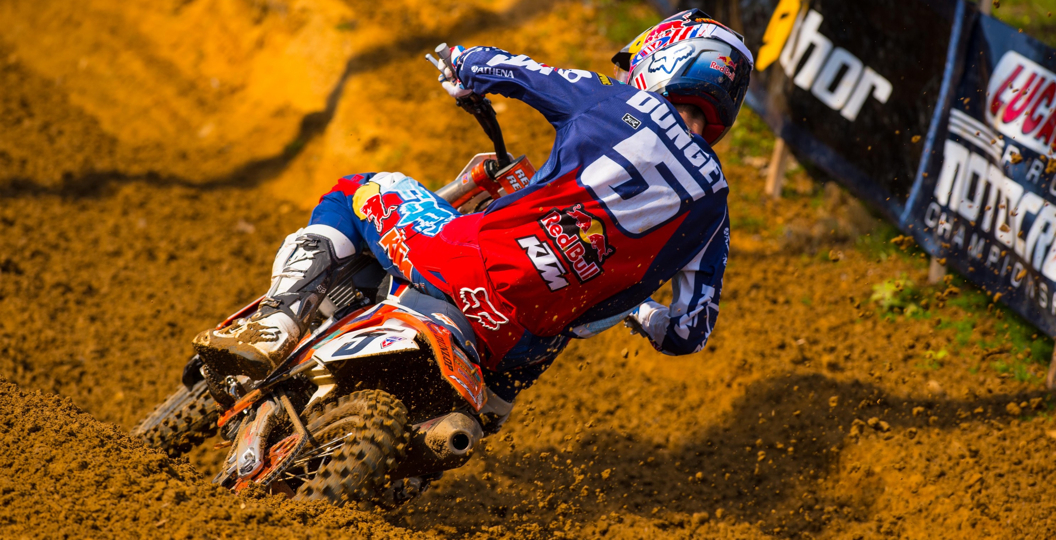 It is a weird time for the top British riders, as there has not been too much racing over the last two months, despite the fact that we are in the thick of the season. However, they will return to action at the sixth Maxxis British Championship round this weekend, which will be held on the treacherous track of FatCat. There is also a few different series going on around the world, so to ensure that you know what to keep an eye on, here is a look at the popular talking points going into the weekend.

FatCat Moto Parc is undoubtedly one of the most impressive motocross facilities in the UK, as it boasts multiple tracks as well as many other amenities. For the sixth Maxxis British Championship round (the third time that our premier domestic series has visited FatCat), the circuit will again feature many changes that will supposedly please both fans and riders. There will be a new start area, and the track will be a combination of the best features from the two circuits that are in place currently.

The Battle for Supremacy:


Although the battle for the MX1 title is far from over, Shaun Simpson is certainly in a comfortable position now that Jake Nicholls is on the sidelines. So, seeing as he has a firm grip on the red plate, you may think that he will back it down, save some energy and protect his position. However, there will be extra motivation for Shaun this weekend, as he will go up against Tommy Searle, a wildcard.

Searle is widely considered the best rider that our nation currently has to offer, so I am sure that Simpson will be looking to beat him in front of the British fans, in order to reaffirm just how strong he is. Shaun is one of the fastest guys in the sand, and it is a surface that Tommy tends to struggle with, so it is certainly a realistic goal. In fact, I still think the series leader is the favourite for the win this weekend, despite the fact that there is extra competition.

Although there are just three rounds remaining in the 2014 Maxxis British Championship, neither Matiss Karro or Mel Pocock have taken control of the MX2 title fight yet. In fact, they are the closest that they have been in quite some time – the gap is just three measly points! If I were a betting man, I would put my money on Matiss leaving FatCat with the red plate, as he is a terrific sand rider and has been strong recently. I am intrigued to see how Mel Pocock rebounds from a tough couple of weeks in the GPs; he cannot let that affect him when he returns to domestic duty.

FatCat is certainly a unique round, because of the track surface. Although there are sandy circuits on the calendar, none of them compare to what the riders will be greeted by this weekend. Some will be thrilled at the fact that the series is heading to FatCat, as they thrive in the sand, whilst others will slip into damage limitation mode. Both Watson brothers will be on top form, as they always thrive on the soft stuff. Both Gert Krestinov and Priit Rätsep should be stronger than we have seen them, also.

All eyes will be on Jeremy Martin this weekend, as most expect him to dominant at Millville, the eighth Lucas Oil Pro Motocross round. It is quite literally his home race, as his family own the property and actually live there at different points in the year. Although he will be tough to beat, I do not think that he is going to be unbeatable. Whatever happens, I think that round eight will be a big one for the 250MX championship, as it should alter the momentum considerably.

I think that the same goes for the 450MX title fight, as the second moto at Budds Creek showed that Ryan Dungey is not out of this thing! Millville is also his home race; he does not live on the property like Martin, but he grew up not too far from the facility. So, because of this, he should be poised to win this weekend, like he has done many times. However, if Ken wins the momentum will be back in his corner and any doubts that anyone may have following his Budds Creek performance will be erased.


In the 450MX class, there are two tiers. There is Ken Roczen, Ryan Dungey, Trey Canard, Eli Tomac and James Stewart. Then there is the second tier, which includes a whole gaggle of riders. Brett Metcalfe, Josh Grant, Weston Peick and Andrew Short are fighting for fifth in the standings currently; each rider has seemed superior at different stages. Following a disastrous round at Red Bud, Weston Peick is thirty points back of Metcalfe (who currently occupies fifth), but his ride at Budds Creek indicates that the may be able to close up on the riders ahead of him. Grant has also been quietly consistent thus far, as he has an abundance of sixth place finishes to his name.

Following an unfortunate DNF at Gopher Dunes this past weekend, Mike Alessi is now staring at a twenty eight point deficit in the Rockstar Energy Motocross Nationals, otherwise known as the Canadian national series. Colton Facciotti has proven to be a worthy competitor thus far, as he has shadowed Mike at every round and not given him an inch. With five rounds remaining, Mike has a tough task on his hands, as it will not be easy to overcome that gap. The MotoConcepts pilot will be looking to make a dent in it this weekend at Sand Del Lee – he can’t afford to give up anymore ground.