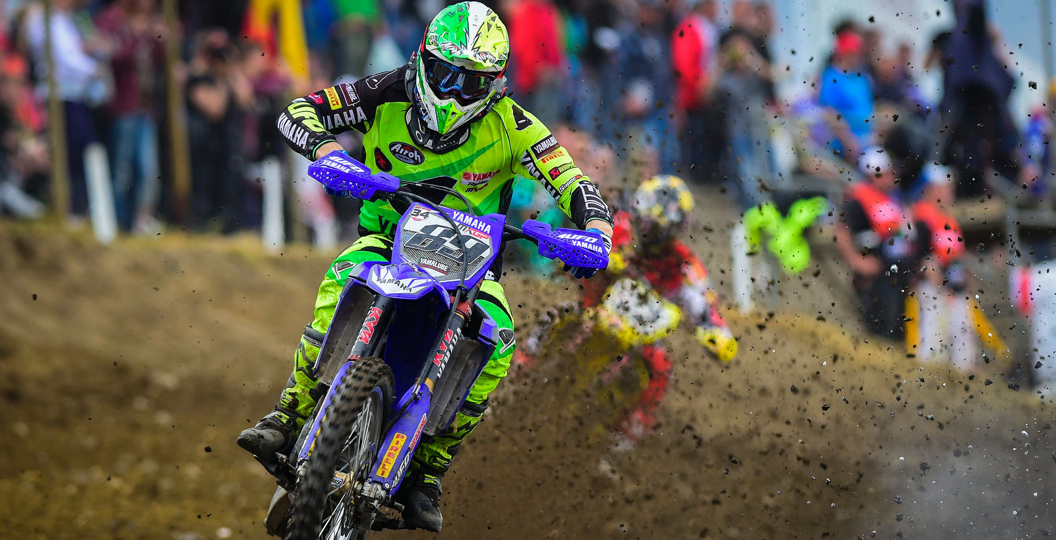 What a weekend we have ahead of us! With the FIM Motocross World Championship and the Lucas Oil Pro Motocross series both taking place, there will be no shortage of action. With so much going on, you would probably like to know what stories you need to watch out for, right? Well, here are some of the things that are most intriguing to us.

In recent years, very few modifications have been made to the Uddevalla circuit that has become a staple on the MXGP calendar. However, the promoter has completely changed the track for this weekend – the start has been repositioned, the layout and has been altered and of course the jumps have been changed. So, although the slick rocky surface will be familiar for the riders, it’s going to be a relatively new challenge this weekend, which always adds to the excitement of an event! Stay tuned to this very site for an onboard lap of the new circuit on Saturday.

Surprisingly, the MXGP title fight is in a fairly unusual position. In recent years, Antonio Cairoli would have taken control of the championship by this stage, but not this year, because Clement Desalle is right in this thing! After losing a chunk of points at Maggiora, he made a majority of them back up at Teutschenthal, and sits twenty-five back. Although that gap may seem substantial, Desalle has been on a tear recently and, dare I say it, he may be the faster rider. Before the weekend off, Tony mentioned that he was going to step it up, so it will be interesting to see what he brings to the table this weekend. But, if Desalle nabs another win, this thing is going to get very, very interesting.

Frustration begins to set in:

I was pleased for Jeremy van Horebeek at the beginning of the season, as he really stepped up and proved himself to be a formidable competitor. However, I feel sorry for him now, as he has come so close to a first moto win so many times that it must be frustrating. So, with that in mind, it will be quite intriguing to see how he reacts to this. Of course, if he does breakthrough and capture that first win, he will then thrive and build off of the momentum gained. But if he doesn’t, it will be most interesting to see how long he maintains this calm and consistent attitude.

Frustration is something that Tommy Searle (a rider that entered the MXGP ranks at the same time as van Horebeek) is currently trying to overcome, too, as his speed is good enough to contend for a spot on the podium, which is where he wants to be. However, his starts just have not come together thus far (because of both his technique and equipment, he has stated), which has really held him back. The last thing that he wanted is to be eating roost all weekend, so he’ll be looking to figure his starts out this weekend.

Remember Dean Ferris? Well, it seems no one does, because there has been very little talk about time in the days prior to the Swedish GP, which will mark his MXGP return. Honestly, we don’t expect him to set the world alight in his first ride on a Red Bull IceOne Husqvarna, but he should comfortably put the bike in the top ten. Whether he’ll have the pace for the duration of the moto remains to be seen, but he shouldn’t be too far off. Oh, and remember, Nathan Watson is still with the team for this weekend and also the GP of Finland!

There is usually a lot going on off of the track at the Swedish GP, as the 2015 season begins to take shape. We expect at least one team to release information on their lineup for the next year, and maybe some nations to announce their Motocross des Nations lineup. Of course, if any big news does break, we will have all of the information on this very site, so stay tuned throughout the weekend!

Crunch time for the EMX250 guys:

With just three rounds remaining, this is a crucial time for the EMX250 riders. Although Steven Clarke has a comfortable twenty-two point lead, there are a whole host of riders that are desperately trying to claw their way onto his back wheel. Inconsistency is rife in the EMX250 field, so the standings could quite easily be turned upside down this weekend at Uddevalla. Ben Watson will be hoping to top the podium again and tighten the points race up, and Adam Sterry is desperate to improve on his position of sixth in the standings. The series has been very good for the British guys!

Lewis Gregory has proven to be a contender for race wins in the inaugural EMX300 series. However, a tough time at Maggiora cost him a chunk of points in the standings and he is now quite far off of the leader, Samuele Bernardini. The GL12 Racing rider will be hoping to recapture his form from the British GP and chip away at that deficit at Uddevalla, but he’ll need a bit of luck on his side, as Bernardini has been a model of consistency.

Will the Red Bull KTM duo be beaten?

Before the week break that the Lucas Oil Pro Motocross series had recently, it looked like James Stewart and Trey Canard were closing in on 450MX series leaders Ken Roczen and Ryan Dungey.  However, both Ryan and Ken dropped the hammer in moto two at Muddy Creek, and beat the rest of the field by a full minute! Eli Tomac finished third in that race, and seems to be the rider that is most capable of beating them to a win. Both Stewart and Canard will want to rebound from a lacklustre time at Muddy Creek, and Red Bud has been kind to them in the past, so it wouldn’t be surprising to see them battling at the front again.

Jeremy Martin has certainly slipped down the order in recent weeks, and he is no longer looked at as a dominant force in the 250MX class. Quietly, both Cooper Webb and Jeremy Martin have closed in on him – his gap has dwindled following his recent lacklustre finishes. Truthfully, his starts have been the biggest problem, as he has struggled to cut his way through. If he can resurrect that issue, he may return to the top step at Red Bud. After all, he finished third there last year, so he has positive memories of the place.