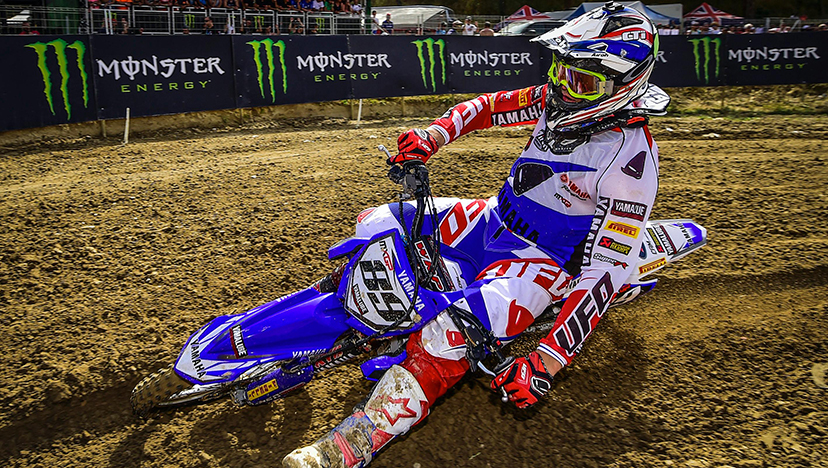 The fight for MXGP supremacy:

This is the perfect opportunity for Clement Desalle to gain some valuable momentum in the MXGP title fight, so he will be looking to clinch another overall win this weekend at Matterley Basin. The Belgian won the round in 2014, so he’s capable on the spectacular track. Following the Spanish GP, Antonio Cairoli’s father passed away, sadly, so it is unknown how this is going to effect him. He may come out and be eager to take a dominant win, or he could be distracted, so it is quite likely that this will have the greatest effect on the overall results.

Of course, there will be a whole host of British riders in the premier MXGP class this weekend, as regulars Tommy Searle, Shaun Simpson and Jake Nicholls will be joined by Nathan Watson, Alex Snow, Shane Carless, Graeme Irwin and adopted Brit Priit Ratsep. There’s a lack of confirmed wildcards in MX2, although Steven Lenoir has an entry. It’s the EMX250 class that will be most intriguing for the fans, as Ben Watson, Steven Clarke, and Adam Sterry (as well as a large group of wildcards) will be in contention for wins. Lewis Gregory is gunning for another EMX300 victory, too, so put simply, it is a good time to be a British fan!

Are you looking for an underdog to cheer for this weekend? Well, look no further than Jeremy van Horebeek and Kevin Strijbos! Neither rider has won a GP in quite some time, but, they’re extremely close to breaking through. They are both on top form, and seemingly have the speed to contend for victories. So, do not be surprised if either guy steals a race win this weekend, as it is going to happen soon, trust me.

Can anyone stop Jeffrey Herlings?

No, they probably can’t. But, it is going to be interesting to see if anyone raises their game, as Jeffrey is back to best, which also means that his confidence is growing rapidly. So, in order to stop his dominant run, the guys that are close to him have to try and steal some momentum this weekend. Herlings hasn’t won the British GP before (it is one of the few rounds that he has not yet conquered), so he will be more determined than usual, I think. When a rider is as superior as he is, they have to find motivation whenever they can.

Both Glen Helen and Matterley Basin will be hosting events this weekend, and both are arguably two of the greatest tracks in the world. They are certainly well respected, and looked at as a highlight of their respective series. So, with that in mind, there will be a lot of great action going on around the world, and there should be a positive vibe within the industry. But, it is just a shame that the weather won’t be the same at the two locations, as Glen Helen will be basked in glorious sunshine, whilst the crowd at Matterley Basin will be cowering from the rain, it seems.

Who will draw first blood in Lucas Oil Pro Motocross?

Although the championship cannot be won at round one, it can be lost. Everyone loves using that old cliche, right? But, it’s true. However, winning the first round can prove to be beneficial in a riders’ bid for a title too, as the momentum gained is invaluable. Of course, this can change very quickly, but confidence has proven to do wonders in the past, especially for the guys that rely on this. So, do not be surprised if some riders push a little harder to get the edge heading into round two.