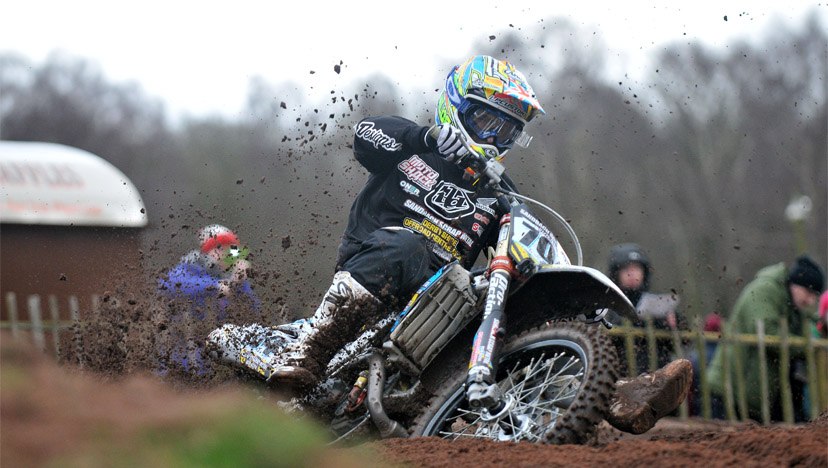 Ashley Wilde is one of the hardest working riders in the paddock, undoubtedly. Ashley, who is a privateer, has a solid base of people supporting him, who all believe in his talent and work ethic. He is one of those riders that makes time for people, and is always thankful to those who get him out racing every weekend. Wilde’s results make him a pro rider, as he rides at that level, but unfortunately the income for motocross, as we know, isn’t in-line with the talent, so he has to work full time. We caught up with Ashley recently, to see what he thinks about the new MX Nationals, and to learn more about him.

Wilde: The main reason being that the people who are involved in running the series have a great knowledge about the sport, and all have the sport’s best interest at heart. With that combination, I believe they will put on a great series  for the riders and spectators.

MX Vice: There are a few championships out there, but what do you think separates the MX Nationals from the rest?

MX Vice: What track are you most looking forward to riding in the series, and why?

Wilde: I’m really looking forward to the round at FatCat – it’s a great track and a great venue. It’s also a local race for me, and I get to practice there quite a lot, so hopefully I will be able to have some good results.

MX Vice: What are your goals and expectations for the series? There are some very strong riders looking to make it into the ‘Fastest 40’.

Wilde: My goal is to be in the top fifteen; it’s a stacked field, but I would like to push on for some top tens.

MX Vice: What track would you like to see on the calendar for 2015?

MX Vice: What other series and races will you be contesting this year?

Wilde: I will be doing the Maxxis British Championship, the Red Bull Pro Nationals, and the MX Nationals.

MX Vice: What is your favourite practice track?

MX Vice: Would you like to give a shoutout to anyone that has helped you?

Wilde: Firstly, my mum and dad for sticking by me for all these years! I would like to say a massive thank you to Alister from Sandbach Scrap Metal, as he has stuck by me for the last four years. Also, RMJ Academy for all his hard work and help, Martyn (my mechanic) as well. I have a few new people onboard helping me out this year; Ben from Derbyshire Off-Road Centre has stepped up and helped me out massively, and also Dougie from Toughsheet Recycling. A few more people deserve a shoutout as well; MotoShack, TLD, Pro Action, Ci Sport, ONER, CMH Motocross Holidays, Putoline and Mark from Muk Junkie for all his help!