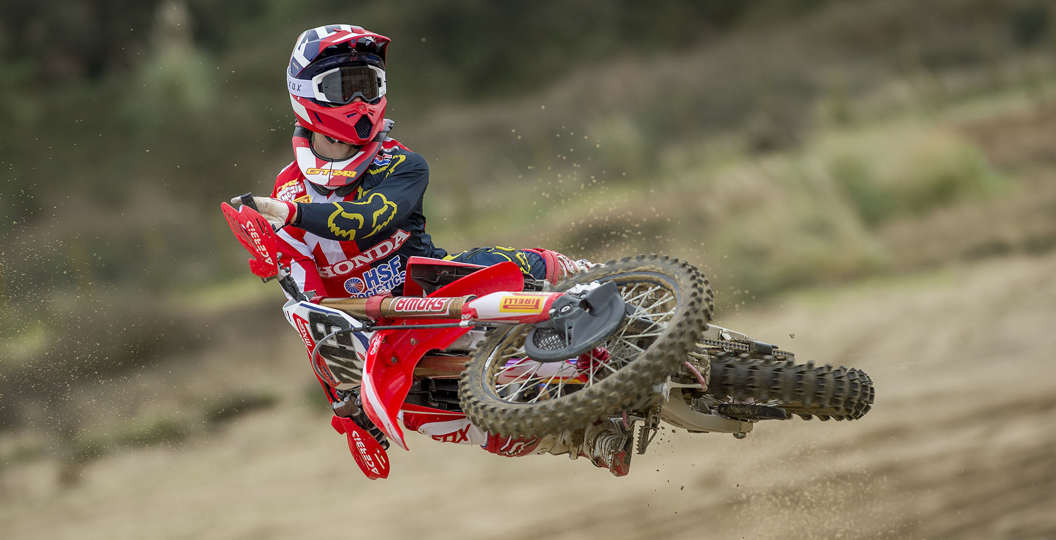 Yet another pre-season photo shoot has been completed by a team in the FIM Motocross World Championship. Team HRC released the images that Bavo Swijgers shot of Tim Gajser, Brian Bogers and Calvin Vlaanderen earlier today. Why are there no shots of Bogers aboard the CRF450RW? There is still a little way to go before he is cleared to ride and can begin preparing for his premier-class debut.