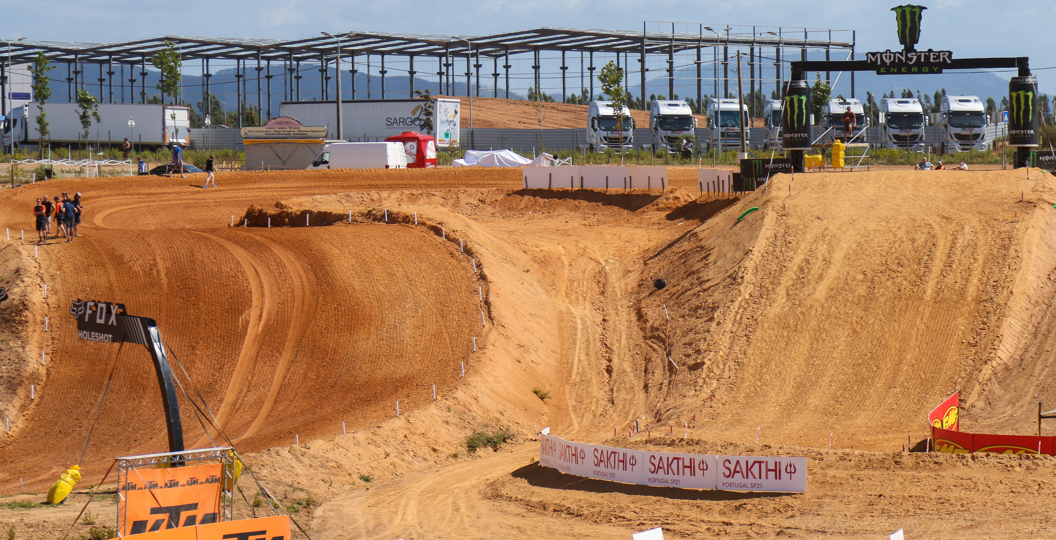 A return to Portugal has created a substantial amount of hype, as Agueda is undoubtedly one of the most spectacular circuits that the FIM Motocross World Championship visits. It seems that way on television, at least, hence why those who have not visited the facility were excited to step foot onto the red clay.

It is different in person to what one would presume though, as everything is compact and the elevation is not quite as much of a factor as images may indicate. A broadcast typically flattens things out – it is most peculiar that things have worked in the opposite way here. It is also difficult to recognise certain aspects of the circuit, as a handful of changes have been made over the last three years.

The most noteworthy change is that the step up that once featured on the exit of turn one has completely vanished. It makes perfect sense, as it was a fairly risky obstacle to include at that point in the race, but that was arguably the most iconic feature. What other changes have been made? Well, do you remember the step up that Ken Roczen crashed on in 2010? That has been eliminated completely and a new loop features before it.

A lot has happened since the Grand Prix of Lombardia. Jeremy Van Horebeek has decided to jump back into a race environment this weekend, despite the fact that he broke his index finger less than three weeks ago. The preparation has obviously not been ideal, of course, but he will just be using this event to get back into the swing of things. The same goes for Kevin Strijbos, who has not been seen on track since the MXGP of Europe in April! A return to racing will obviously be a much more turbulent affair for the Suzuki World MXGP rider.

Speaking of Suzuki, Hunter Lawrence was hopeful that he would be able to return to racing this weekend. Further examinations earlier this week confirmed that the flamboyant Australian needs to rest for an additional two weeks though. The injuries, two compressed vertebrae and a fracture, could not have occurred at a worse time, as ‘96’ was dominating conversations and undoubtedly on the verge of a victory. The Grand Prix of Czech Rep. should be the point that he returns.

Silly season is chugging along away from the circuit. Arnaud Tonus signed a contract with the Wilvo Yamaha MXGP outfit one week ago, so has committed to the FIM Motocross World Championship for two more seasons and will remain in blue throughout that period. Do not expect any ground-breaking announcements in the coming weeks, as most riders are expected to stay in their current colours. Clement Desalle and Jeremy Van Horebeek will be the next riders to commit to their teams for an extended period.

The second spots at Red Bull KTM and Monster Energy KRT are arguably the ones to watch, as Glenn Coldenhoff and Jordi Tixier are both underperforming. It is not necessarily a foregone conclusion that they will be forced to move onto pastures new. Those spots could potentially open up, however, and consequently cause further changes within the paddock. It seems that Kevin Strijbos is indeed out at Suzuki World MXGP and will certainly be on the move.