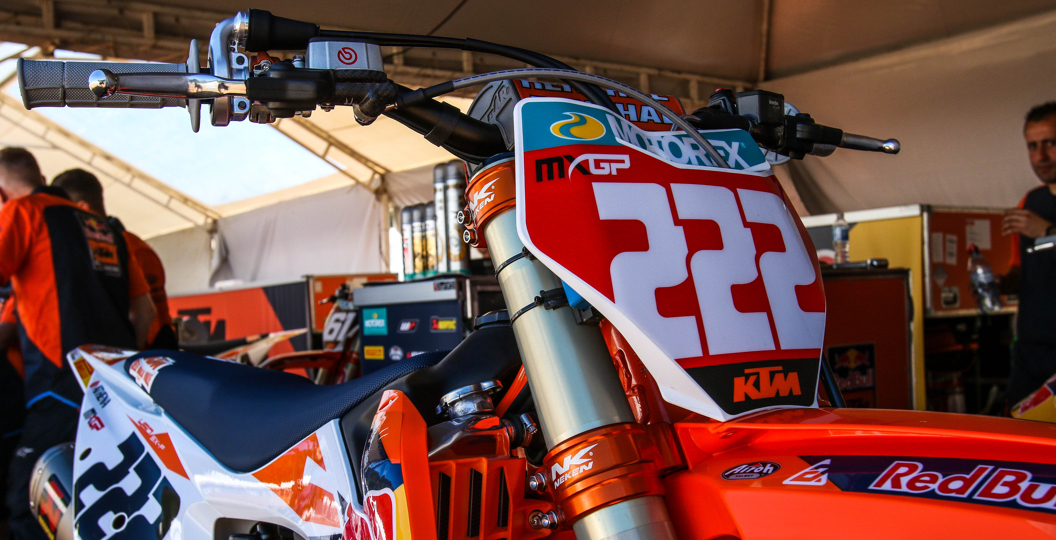 It has been a particularly painful off-season, both figuratively and literally, but the opening round of the FIM Motocross World Championship is finally here. The Grand Prix contingent endured the tedious thirty-hour journey to Argentina, but would never complain. The Neuquen circuit and surrounding area is more than worth it.

So, with that in mind, why change what is not broke? Neuquen is exactly the same as it has been the last three years, although the conditions may be a little different this time around. The MXGP circus usually hit Villa La Angostura just when winter is kicking in at the end of March. So, although it has never rained, it tends to be a little chilly and not as warm as one would expect a flyaway to be. The Grand Prix is around four weeks earlier this time around though and summer is still in full swing, which is why it is extremely humid and most riders have been jumping into lakes on their day off.

Although the black Argentine soil looks loamy and perfect for some dynamic battles, riders have often claimed that it is deceiving and does not offer as much traction as one would think. Seeing as it extremely dry this time around, could the base be even harder and leave guys scrambling to determine what the best set-up is? Perhaps, but that will not be confirmed until the riders hit the circuit for the first time on Saturday morning. It may not be too much of a storyline, however, as scattered showers are forecast for Sunday and would create a circuit that is even harder to read.

Speaking of the weather, the heat really could be a factor and cause some guys to fade towards the end of the motos. It is not as hot as Ottobiano was last year, but it will certainly be one of the hottest events of the season and may hurt those who typically struggle in humid conditions. Jorge Prado springs to mind, seeing as he failed to finish motos in Italy and the United States last year, along with someone like Evgeny Bobryshev or Max Nagl. Keep a close eye on their progress as the sun beats down on the scenic venue across the two days of racing.

A pre-season press conference was held at the facility today, where a rider from each manufacturer was present. Antonio Cairoli, Jeffrey Herlings, Gautier Paulin, Romain Febvre, Clement Desalle and Max Nagl all took to the stage to discuss the next six months. Oh, Calvin Vlaanderen joined them as well! It was rather amusing to see Vlaanderen sat alongside the heavyweights. Vlaanderen, of course, was only present because he is the only HRC rider in attendance. Anyway, some of the poignant quotes are below.

Antonio Cairoli (Red Bull KTM): “I try to help the growth of the things before [digital platforms]. We see that Italy is on top always, so I am really proud that a lot of Italian fans are following the series. I want to congratulate Youthstream – they put together such a great package so that people can see and follow us. To be in Argentina is really unbelievable, I have a lot of fans in South America and to have the first race of the season in this weather is perfect. In Europe, they are struggling with the difficult weather at the moment. There is no better place to start the season.”

Jeffrey Herlings Red Bull KTM): “Well, last year we had some issues coming into the season. We are feeling much better and strong with the team. Red Bull KTM did an awesome job and I’m super happy with the bike, as well as the crew I am working with. We should not forget to mention Youthstream and the FIM, because of the great work and coverage that they do for us. Thanks to those guys we can do what we love every single day. I am very thankful and blessed for that.

“Like you said, I have very high expectations for this season. We definitely want to do our best and that is all we can do. It is going to be a nineteen-round series. This round is going to be important, but it is just one of nineteen. I don’t want to crash my brains out for this one. We are just going to go out and see who comes out on top at the end of the year. If I do my best, that is all I can do.”

Romain Febvre (Monster Energy Yamaha Factory Racing): “Yeah, for sure, I am happy to be here. We had fifty-two or fifty-four hours of travel to come here. It was long, but we finally came today. I am happy to be here and start the new season over here. I really like the track and have enjoyed the race in the past years. I feel really comfortable here. I am happy to start the season healthy and with good conditions.”

Clement Desalle (Monster Energy KRT): “Last year did not finish like we planned. I had a crash before the finish, but I got lucky that it was not so bad. I could recover pretty quick after the serious crash and focus on this year. I start the season with the same goal, do the best possible every weekend and try to do the best season as possible. We did a great job with the team during the winter and I think we have a good set-up. I am happy to be here and go racing with all of the guys, so it is a good feeling to be here and I will do my best like at every GP. I feel great and it is good to start the season.”

Max Nagl (TM Factory Racing): “Yeah, of course. I have some great memories on this track and it was a really nice place. I think, for most riders, this is the favourite track. It is really wide, you can pass in a lot of places and the ground is great. Even though we are expecting some rain for Sunday, it is not a problem for this track. It is a nice place.”

Gautier Paulin (Rockstar Energy Husqvarna Factory Racing): “It feels good to start the season, finally, and get out of the winter healthy. I am really happy with Rockstar Energy Husqvarna Factory Racing for their job last winter. We have a new bike and spent a lot of hours testing to make it good. It is my second year with the team and I really feel happy to start the season here in Argentina. I am feeling good, healthy and we will make the best of each weekend. I am really happy to be behind the gate.”

Some interesting notes arose in the pre-season press conference, which we will rattle through to conclude. MXGP are very happy that American fans are taking an interest in the social-media channels, which have hit record-breaking numbers. The ticket sales for the Motocross of Nations at Red Bud, in the United States, have also smashed previous records. What else? A new game is coming out, MXGP 4, but no release date has been confirmed yet. It was also revealed that they sold more than a million copies of MXGP 3, believe it or not.

Finally, a new rule has been introduced this year. There will be a board following the finish line, which indicates when it is safe to slow down. This should eliminate the number of riders who roll across the line. This rule was, of course, implemented because of what happened to Jason Anderson at the Motocross of Nations in Italy. That is all from day one in Argentina, but stay tuned to MX Vice and our various social media channels for more content from the first round of the FIM Motocross World Championship.