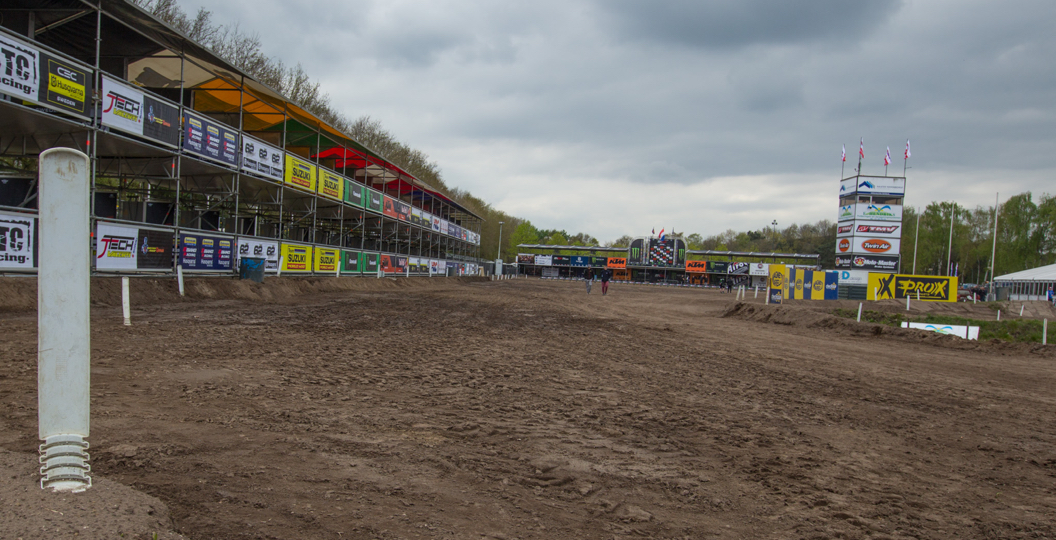 The Grand Prix contingent are poised to tackle the sixth round of the FIM Motocross World Championship, which will be held on the sandy terrain of Valkenswaard, this weekend. The spectacle that was the MXGP of Trentino lives on in the minds of most, hence why excitement is particularly high entering the Dutch venue.

Valkenswaard has undergone a lot of changes recently, to the surprise of some. The start is actually the biggest difference. It does not bend around the pond, as it has done in recent years, and runs straight to the end of the pit lane. Aside from that some jumps have been removed, along with the waves that previously sat before the finish. The two turns after the first single that the riders hit has been removed too, hence why a lot of riders have pointed out how fast the track is going to be now. It is a lot harder than usual as well.

There has not been much rain in the region recently, so the base is much firmer than what you would probably expect. No rain is forecast over the two days either, which makes a change, so the circuit should end up with a lot more square-edged bumps than it has in the past. It will be cold, as it always is at this event, and overcast skies will shadow us. Do not expect to see any sun!

A few titbits from the paddock. Kiara Fontanesi, the winner in the WMX division just one week ago, will tackle MX2 from beneath the Ausio Racing Yamaha awning this weekend. This is the first time that she has embarked on a challenge such as this, but women have taken part in the premier classes before. Marianna Balbi, sister of professional rider Antonio Balbi, raced in MX1 at the Brazilian Grand Prix in 2009 and finished twenty-fourth overall with a single point to her name.

Will Fontanesi be able to better that? This is far from the ideal scenario, of course, as the gates will be full of competitors vying for points. To put things into perspective a little, Fontanesi’s quickest lap time in qualifying last week would have put her thirty-fourth in the timed EMX250 session that took place on the Pietramurata circuit shortly after she completed her session.

Other news and notes include a high-profile replacement in MX2, as HRC have filled the seat that has been vacated by the injured Chihiro Notsuka. Lars Van Berkel, who has shown some impressive flashes of speed in the past, will sit alongside Michele Cervellin this week and in Latvia also. Van Berkel could actually impress, as his prowess in the sand is undeniable. It is no coincidence that his fill-in slot has conveniently fallen across two sandy events.

The Vamo Racing Honda team, who Van Berkel has ridden for thus far this year, have already hired a replacement of their own. Micha Boy de Waal will jump on the machine this weekend and have a stab at a respectable result, alongside Maykal Grisha Ivanov. The Gebben Van Venrooy Kawasaki team will run Steven Lenoir in the premier class also, whilst Maxime Desprey fulfils his duties on the Monster Energy KRT team.

There you have it, some information that will keep you going until the EMX125 riders roll onto the track at 8:00am tomorrow. We’ll be here all weekend, so if there are any pressing questions that you have then please do not hesitate to get in touch via our social media.