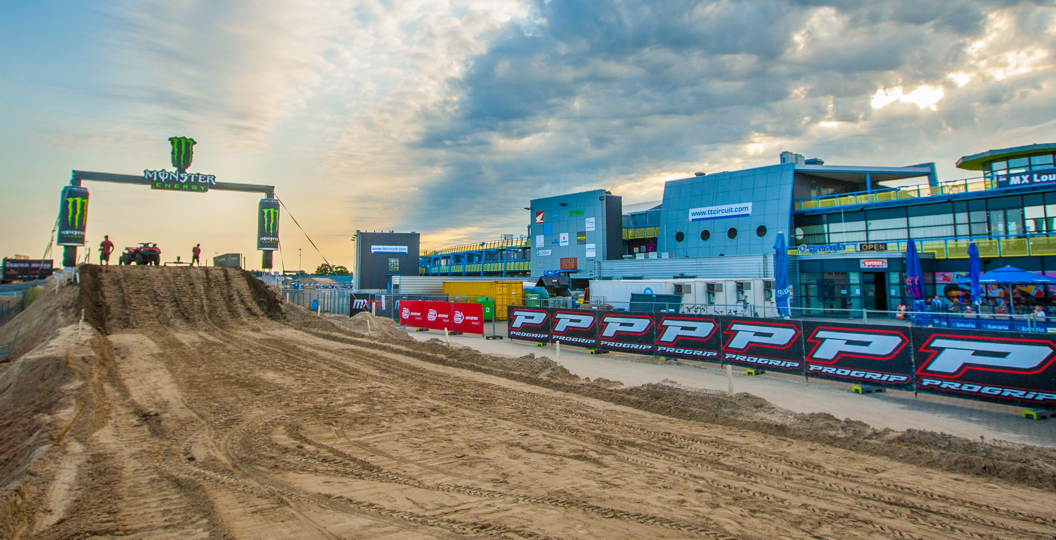 Pre-Race: GP of The Netherlands

Time can warp an opinion or view of a subject, which I would argue is the case with the TT circuit in Assen. Although it was a popular and impressive MXGP event in its first term, I found myself in awe yet again as I stepped onto the tarmac that usually plays host to a very different type of racing yesterday.

The grandstands and permanent facilities create an impression on those who are used to trudging through mud to hang over a fence, which is a format that still has its place, but just imagine the thoughts that would cross the minds of those who are being introduced to the sport for the first time. A topical point such as this needs to be covered in detail elsewhere, but that gives you a sense of the feeling within the paddock on the eve of round sixteen.

The one part of this event that is not permanent is the circuit, which actually allows the track designers to tackle complaints with a blank canvas. It seems that is exactly what has happened in the past week, as some small modifications have been made to the white sand to prompt more passes. That was, of course, a complaint that surfaced frequently amongst the riders twelve months ago. Rollers have been added on the insides of turns and one of the more one-lined corners, which sat right in the front of the grandstands, has been eliminated. The finish line has been moved to that spot in what was a logical alteration.

Holding a spot similar to this on the calendar can be advantageous for a promoter, as the chances of an event becoming a memorable one are heightened if a champion is crowned. Four of those could emerge this weekend potentially, as the EMX150, WMX, VMX and MXGP classes are on the verge of being decided.

Tim Gajser needs to score just one point more than Antonio Cairoli, who has never raced here, to take his maiden 450F title. It is certainly likely that he’ll do it, especially seeing as he was so strong in the sand of Lommel, but Cairoli is no slouch in the sand either and has that momentum from Switzerland pushing him on. Romain Febvre should be in the mix also and then there is the biggest question mark, Shaun Simpson, as he is just starting to reach top form.

There you have it, a brief look ahead to Assen. There will be so much more than just racing this weekend, as Yamaha and Suzuki are set to make some announcements at the end of each day. We, as always, will be your first stop for breaking news and all that goes on here.