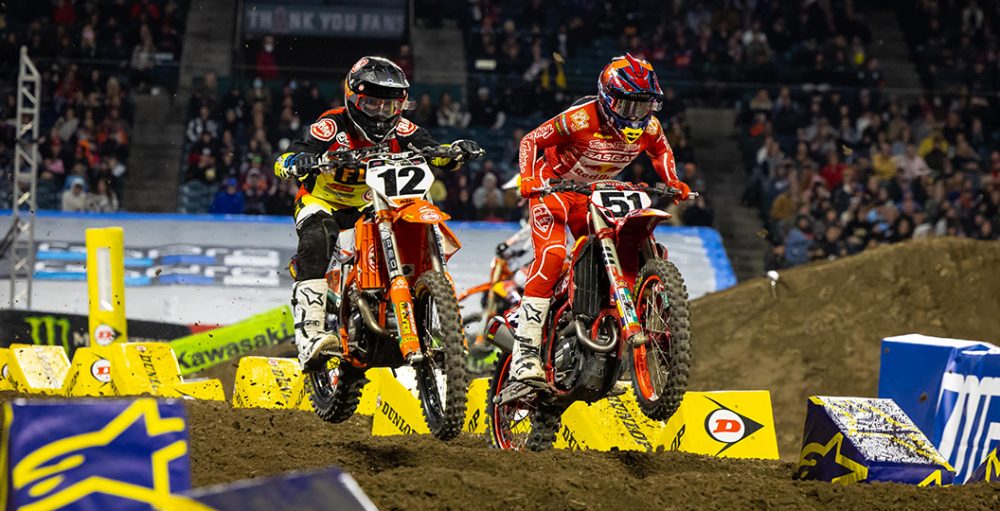 2022 Monster Energy Supercross continues in Oakland, California, this weekend! The RingCentral Coliseum has never occupied such an early spot on the schedule, as it typically hosts round four or five instead of round two. Oakland is a longer journey than most would think, seeing as it is still in California, as it is a seven-hour drive up from Anaheim! The entry lists are a little shorter than a week ago, bearing that in mind, with forty-four riders entered for both the 450SX and 250SX West classes. Four riders in each class will miss out on the night show.

Injuries have also had an impact on these entry lists. A handful of notes on those who suffered health problems on Saturday night are below. Carson Brown, who bowed out of Anaheim 1 with facial injuries, is going to return to racing this weekend.