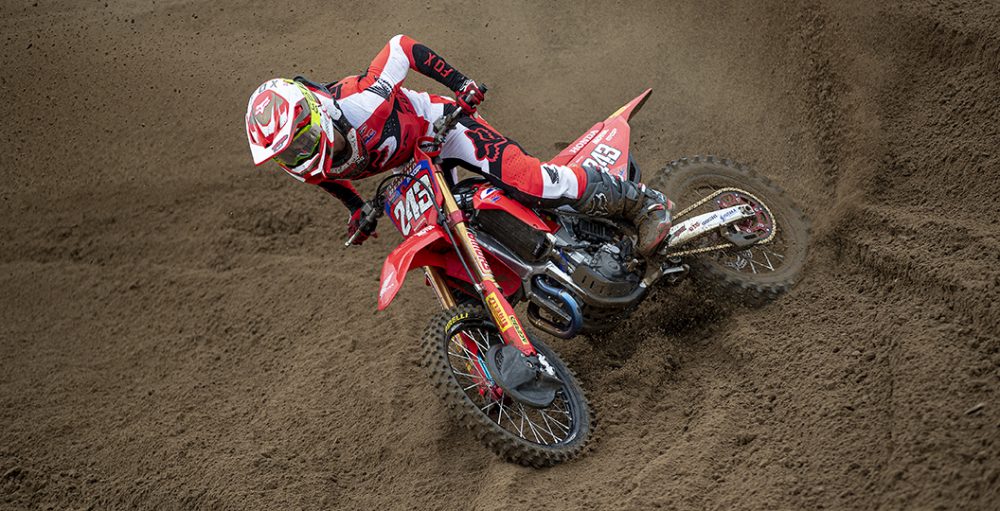 The 2021 FIM Motocross World Championship will complete a four-week run of rounds this weekend. The Grand Prix of Latvia, held at the popular venue of Kegums, will be run in front of fans over the next two days. Travelling up to Northern Europe for one event is not that easy for privateers and thus entries have suffered somewhat. A clash with the ACU British Motocross Championship means there are just two British riders in action too. There are many names that are missing.

An interesting point of note is that Tanel Leok will race a Grand Prix for the final time this weekend. Kegums is the closest event to Estonia and, even though he officially retired from Grands Prix after the last event in 2020, the Grand Prix of Latvia is the perfect way to say goodbye. There will be a lot of fans too, as vaccinated fans will be separated from the non-vaccinated to allow for as many spectators as possible. It is going to be a weekend that resembles normality somewhat.