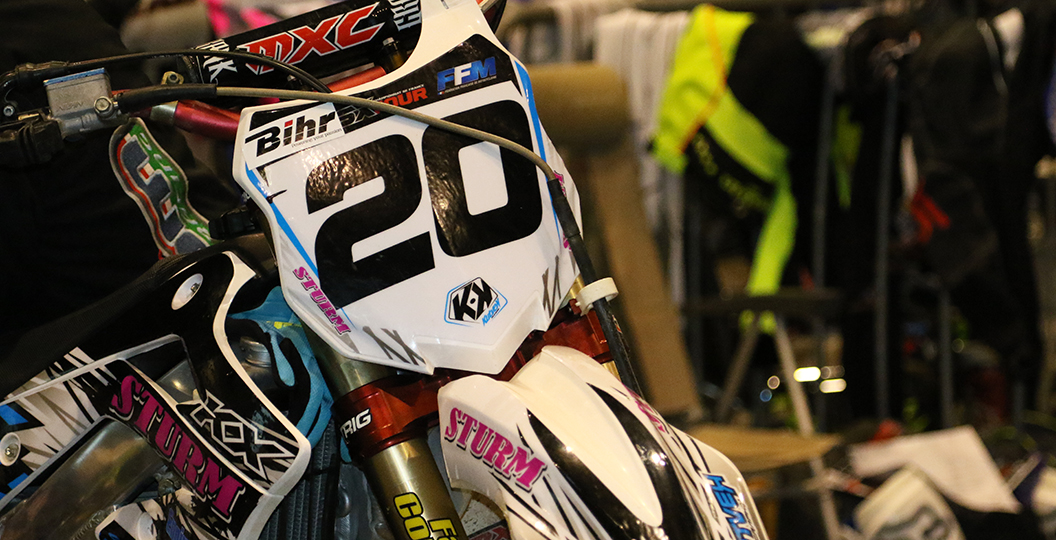 We are getting closer to crowning a king here in Geneva, Switzerland, following the conclusion of the final practice sessions. Seeing as the riders already have a full night of racing under their belts, they only had one timed practice session this morning. Like yesterday, they were split into two groups to ensure it didn’t get too crowded on track.

Times were considerably quicker today, also, which tends to be the case at each European supercross. Why is this? The main factor is that the whoops, which tend to be a weakness for most, break down. That is why you’ll see the gap between the elite Americans and the rest of the field shrink a little as the weekend goes on. With that in mind, it perhaps isn’t as surprising that Gregory Aranda managed to top Justin Brayton in the first SX1 group.

Those two were the only riders to drop into the thirty-one second range (Brayton was the only rider to do that yesterday). Just over a hundredth of a second separated the two at the end, so there was nothing in it, but it’s worth considering that Aranda didn’t do the quad on his lap. Does that mean it isn’t as beneficial as it may seem? Perhaps, as doubling in before tripling onto the tabletop, stepping off and tripling out seems to be a viable option for the top guys. That is also a line that Mookie is able to do on a 250F, so it helps him out massively.

Speaking of Stewart, he was again the fastest in the relatively weak second group. A 32.909 was his time, which only put him seventh once the groups were combined. Don’t worry though, his times in practice yesterday weren’t worth shouting about either. The 250F obviously puts him at a disadvantage, but he can mirror what Brayton is doing for the most part. There’s a quad after the only conventional triple on the track that he started doing halfway through this session, once prompted by his mechanic.

Who separated the two Americans, I hear you ask? Cedric Soubeyras, Fabien Izoird, Valentin Guillod and Valentin Teillet occupied third through sixth. Those four will be shooting for a spot on the podium tonight, but are all so close that the start will play a major role.

There’s a lengthy break now before the racing gets underway at 20:45 local time, so stay tuned for more coverage as the day progresses.