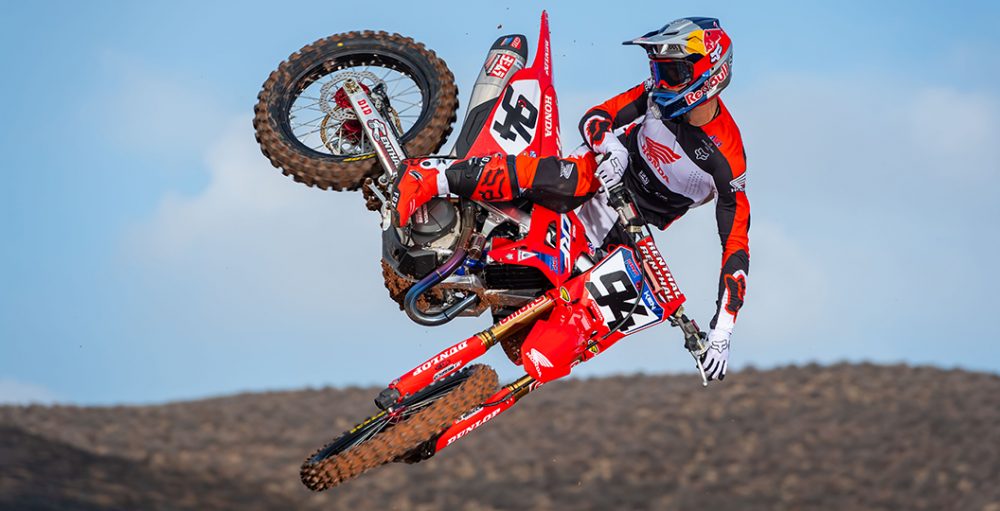 2022 Monster Energy Supercross beckons. In anticipation of the season opener, which will be run in the confines of Angel Stadium in one week, the first ‘Power Rankings’ have been released. 75 industry insiders were quizzed to determine the pre-season rankings. Now, of course, these are subjective and will prompt debate. Heck, even Aaron Plessinger responded to the lists with a simple “lol” on social media. Bench racing is back! How do you see each class stacking up at Anaheim 1? Join the conversation (@motocrossvice on Twitter).

The 450SX ‘Power Rankings’ resemble what most consider to be the status quo. Cooper Webb, Ken Roczen and Eli Tomac have to fill the top-three spots based on what’s transpired in the last three years. There is simply no way that one of those riders could be shunted further down the order, until the race results indicate that is indeed warranted. Placing Dylan Ferrandis in the fourth spot is intriguing though – recency bias has certainly factored in. Ferrandis was very inconsistent indoors last year and one would think that this term will be similar, although the highs should be higher and the lows should not be quite as low.

Having Chase Sexton above Adam Cianciarulo is another intriguing point and a discussion that could rage on for days. Sexton and Cianciarulo are similar in many ways; the raw speed that both guys possess is awe-inspiring yet most question whether that is sustainable across a seventeen-round series. Is it even possible to split those two? The fact that Jason Anderson is missing from these rankings has some up in arms, but he has not had the most impressive couple of years and thus he needs to prove himself again before being placed in the same conversation as potential race winners.

Creating 250SX ‘Power Rankings’ in the days prior to round one is tricky, as no one knows who will be racing on which coast. All of the 250SX riders have been factored in here, for that reason, so consider this a glance at the talent that’s spread across the two coasts. It is no surprise that Jett Lawrence sits at the top, but Justin Cooper is arguably more deserving of the second spot than his stablemate. Those two are expected to race in 250SX West when gates drop – the Honda HRC strategy could change in the next week though.

Also on MX Vice: Westfall out at Husqvarna

Once in the depths of the top ten, it is really impossible to determine who should be placed where. The 250SX division is in a weird state of flux at the moment. The class is younger than it has been for some time, hence the lack of riders moving to a 450F in the off-season, which means that it’s all quite unpredictable. There is not too much data to go off of when it comes to riders like Jo Shimoda, Hunter Lawrence, Jalek Swoll and so on. Even the veterans, like Christian Craig and Jeremy Martin, are somewhat of an unknown commodity.