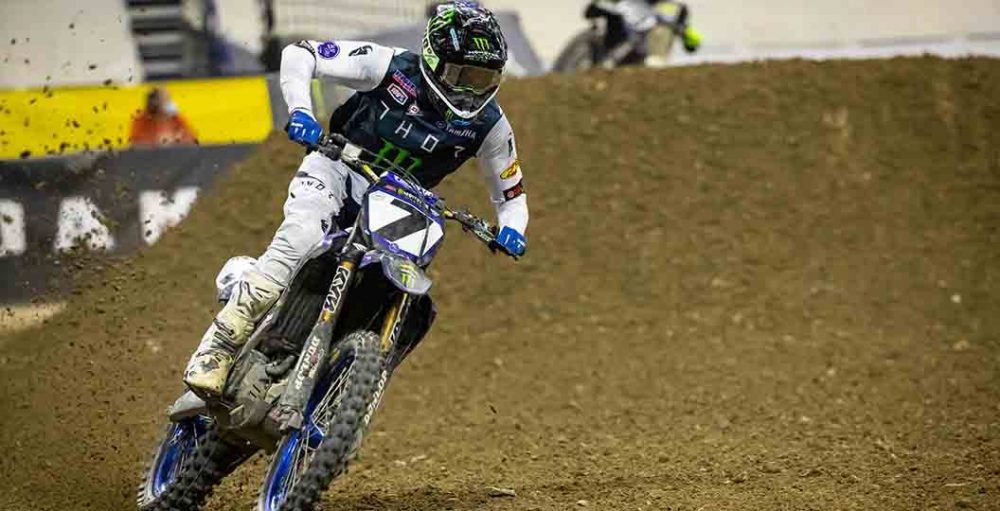 The ‘Power Rankings’ that are released in line with each 2021 Monster Energy Supercross round get some flack on occasion, but they are great for prompting discussion and improve the credibility of the sport too. The latest rankings, which were released ahead of Indianapolis 3, can be checked out below. These take everything that happened at Indianapolis 2 into account.

The fact that Ken Roczen and Eli Tomac occupy the top two spots in the premier-class rankings makes complete sense. The most surprising point is that Justin Barcia has leapfrogged Cooper Webb, despite the fact that Webb has been better on average across the last three events. Is the one second place that Barcia acquired enough to put him ahead of the rider who finished fourth on Tuesday night? It seems a bit too reactionary. Another noteworthy point is that Aaron Plessinger has jumped up onto the list – that speaks to the progress that he has made. Plessinger has rarely appeared on this list in the past.

The fact that the 250SX East division lacks so much depth means that there is not much debate here – this list is quite perfect. Colt Nichols is an obvious candidate for the top spot, given his recent run of victories, and it makes sense that Michael Mosiman has leapfrogged Jett Lawrence now. Who’d have thought that Thomas Do would ever show up on this list though? European fans obviously recognise his name from the SX2 division in Paris and Geneva but, again, few people would have predicted that he’d become such a top-ten regular in the most competitive series in the sport.