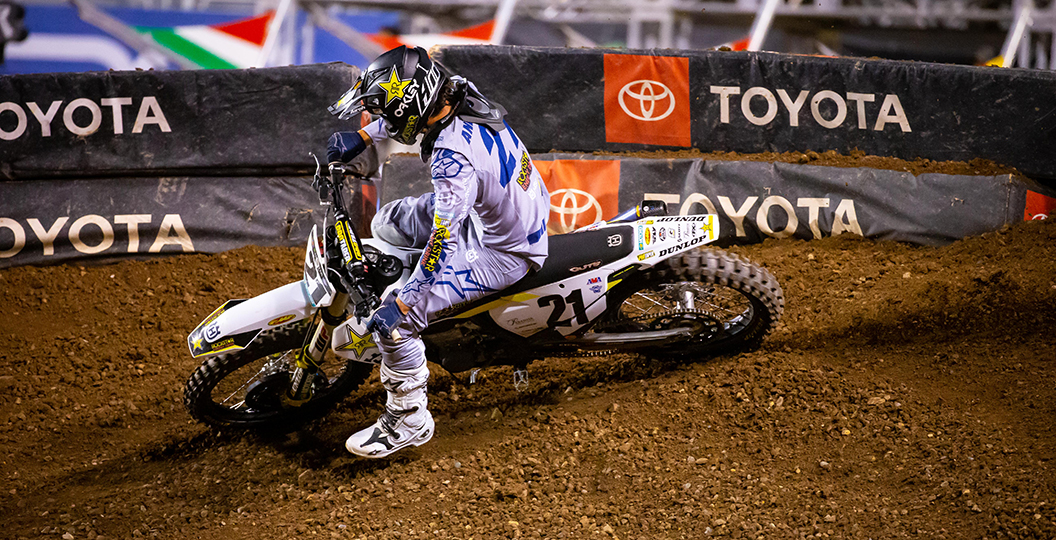 The thirteenth round of 2020 Monster Energy Supercross will take place on Sunday, and the latest ‘Power Rankings’ have been released ahead of the event. There is a lot of movement in the 450SX division this week – Eli Tomac is the only rider who has maintained his position from the previous event. The fact that Cooper Webb has leapfrogged Ken Roczen into second’s telling and paints a picture of how his title hopes are slowly beginning to diminish. That could all change with a mud race forecast for Sunday though.

Now that the tie has been broken at the top of the 250SX East rankings, everyone has been shunted back a spot. It is tough to envision Shane McElrath dropping off the top spot with that YZ250F power beneath him. Perhaps Chase Sexton’s grit will help him reclaim the top spot that he held for so long? The most bizarre point from these rankings is that Kyle Peters has dropped out off of the list, despite picking up a pair of sixths at the two SLC events that have been run thus far. It’s impossible to ask for much more from him!