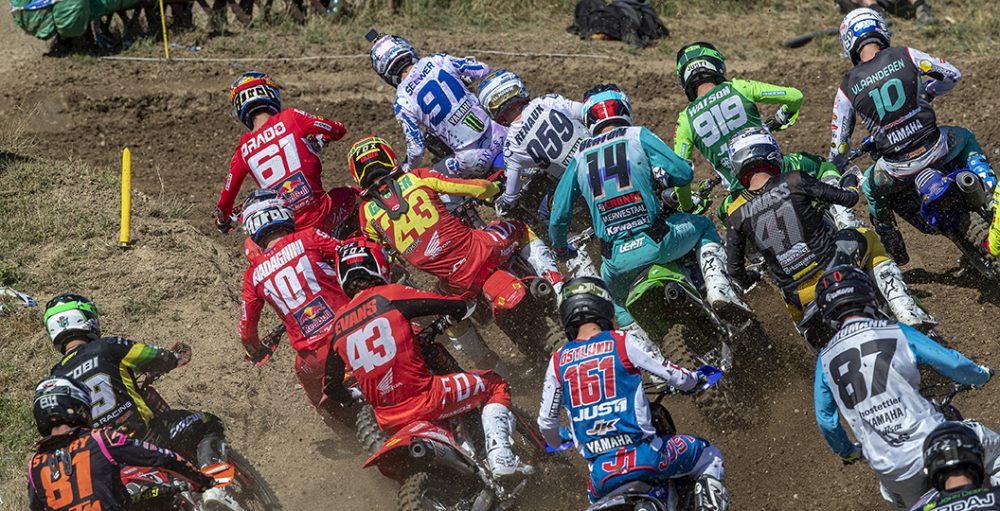 MXGP of Oman axed until the 2023 season, MXGP of Turkey set to close the current season.

It was expected by all in the Grand Prix paddock, but it’s finally been confirmed that the 2022 FIM Motocross World Championship will not conclude in Oman on September 10. Instead, much to the dismay of some, the year will end in Turkey one week earlier, meaning that the calendar will drop to eighteen rounds instead of nineteen. Tim Gajser has a firm grip on the premier-class title, of course, so this does not have much of an impact on that class, but there is now even less room for error in the MX2 duel between Jago Geerts and Tom Vialle.

MONACO (Principality of Monaco) 21 July 2022 – Infront Moto Racing regrets to inform that the MXGP of Oman, which was set to host the finale of the 2022 FIM Motocross World Championship at the end of September, will not take place in 2022. Instead, the 2022 MXGP season will come to a close at the BitCi MXGP of Turkey with the well known Afyonkarahisar circuit set to host the final round of 2022.

While the MXGP of Oman will not be held this year, Infront Moto Racing is working closely with the organiser for a future Grand Prix in Oman and is looking forward to visiting the country very soon.