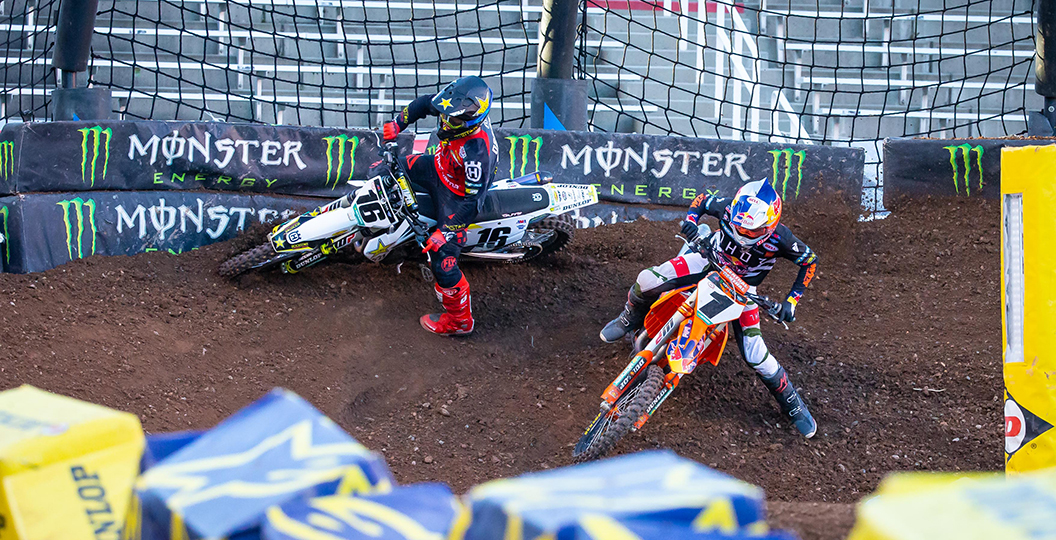 Well, Salt Lake City 6 delivered on all fronts! There was a lot to see and dissect inside Rice Eccles Stadium on Wednesday evening, as the fights for the 450SX and 250SX East titles boiled over. Eli Tomac narrowly missed out on claiming the premier-class title a round early, and the frustration was clear for all to see, as Cooper Webb cemented his position as the greatest Wednesday-night racer in the history of Monster Energy Supercross. Who would have thought that would become a thing?

Chase Sexton and Shane McElrath made contact in the fight for the 250SX East crown too, so tensions were certainly running high in the hour following the event. All of the key figures from the two classes joined a post-race press conference at that point and touched on the points of interest. Cooper Webb, Eli Tomac, Zach Osborne, Chase Sexton, Shane McElrath and Colt Nichols are featured in the video below.