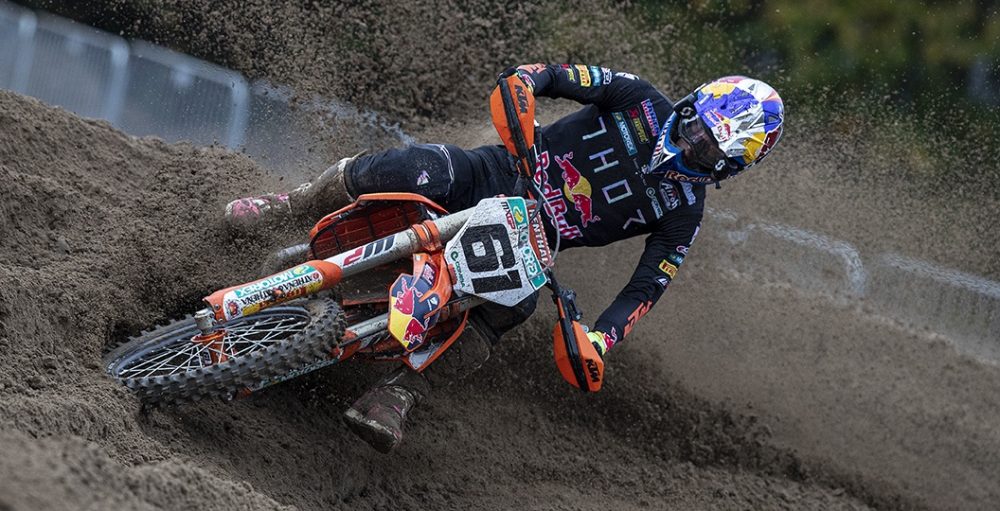 Red Bull KTM Factory Racing’s Jorge Prado has tested positive for COVID-19. Updates on the Spaniard, who will miss the upcoming rounds of the 2020 FIM Motocross World Championship, can be found below.

It’s been very quiet from the Jorge Prado camp recently, but the man himself has just released an additional update on his condition after testing positive for COVID-19. Prado has confirmed that, off the back of the virus, he has now picked up a lung infection as well. A statement from #61 is below.

“It hurts not being at the race track giving my best. Due [to] COVID-19 I got a lung infection that will keep me out of competition. I need to recover to get healthy again. Thank you for the support.”

“Red Bull KTM Factory Racing will not be able to count on MXGP Grand Prix winner Jorge Prado for Sunday’s Lommel round in Belgium after the Spaniard tested positive for COVID-19.

“The 19-year old is in self-isolation in accordance with health and sanitary guidelines.

“The rest of the Red Bull KTM Factory Racing team have been tested and returned negative results. Jorge’s situation and well-being will be monitored with the hope he can return to MXGP action when fully fit.

“Round fifteen of the 2020 FIM Motocross World Championship takes place on Sunday and is followed by the last triple header in Italy to bring the series to a close by November 08.”

Shocker from Lommel! Jorge Prado has tested positive for COVID-19 and will not race at the fifteenth round of the 2020 FIM Motocross World Championship. Rumours were running rampant in the paddock earlier today, but Prado has now confirmed that he cannot race. A statement from the Red Bull KTM Factory Racing star is below.

“As usual last Wednesday before the race we made the tests for COVID. Today I received the results and I am positive for COVID-19. I feel very frustrated not being able to race tomorrow, because my job as a professional was to take maximum precautions at all times. My only routine has been to go to training, to the track to compete and then back home keeping myself in a bubble just as I was asked. Unfortunately, we don’t know so much about this virus that I don’t even have the minimum idea how or when I could get it. I hope to receive a negative test soon to be back racing.”

Prado runs third in the premier-class championship standings currently, just two points down on Antonio Cairoli in second. It is highly likely that he will slip back to fourth by the end of the weekend.