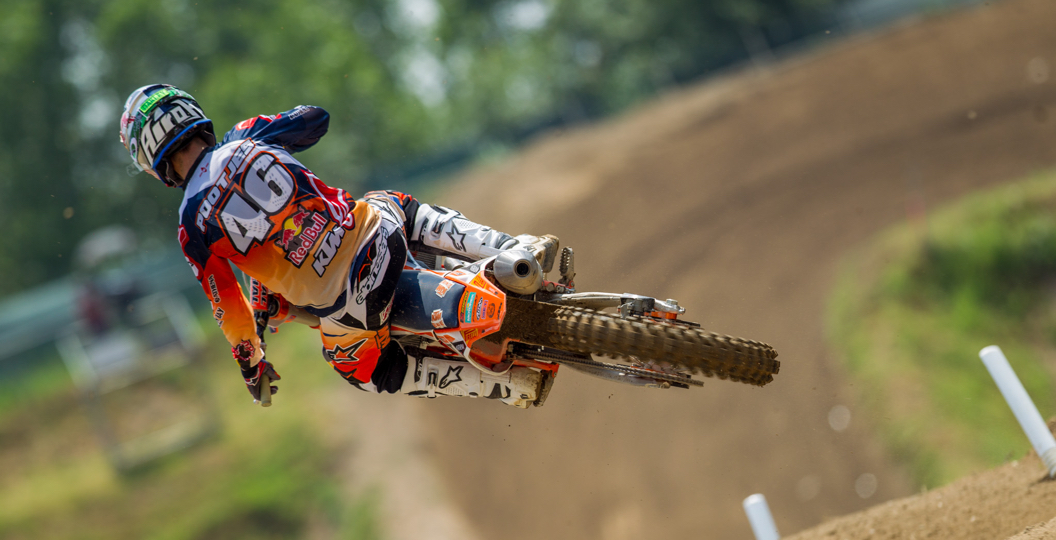 Davy Pootjes will move from the Red Bull KTM awning to the HSF Logistics team in 2017, after signing a contract extension with the Austrian manufacturer that’ll see him stay ‘orange’ through 2019.

Pegged as one of the brightest talents in MX2, Pootjes has endured a challenging season and encountered countless injuries since the first Qatari fixture. The Dutchman has been missing since the beginning of August due to inflammation in his wrist, but is also most ready to begin his preparations for his second full season in MXGP.

“Really happy that I extend my contract with KTM up to and including 2019 and that I will ride next season for HSF,” commented Pootjes on social media. “I think HSF is a next level team so I can’t wait to start working with them and I’m really looking forward to 2017!“