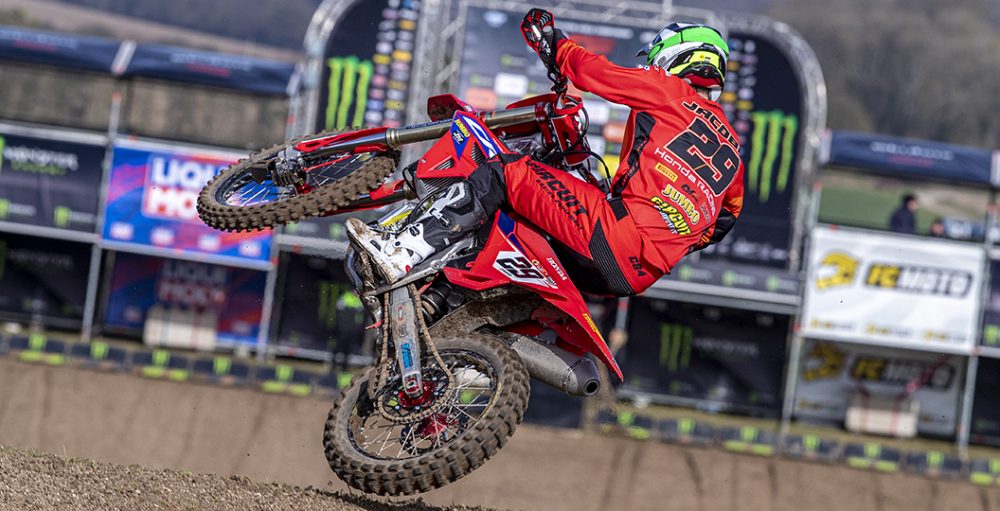 The 2022 FIM Motocross World Championship has finally begun, one week later than initially planned, and many shocks emerged from the race. Simon Langenfelder was undoubtedly the star at the Grand Prix of Great Britain, as he romped to a clean sweep in the MX2 class, despite having never finished inside of the top five before. Was he the greatest surprise though? There is no doubt that Langenfelder was on an upward trend, so this was going to happen at some point in the not-so-distant future.

The speed that Jed Beaton showcased in his premier-class debut was certainly a surprise, as he seems to have what it takes to battle around the top five consistently. The second star on F&H Kawasaki Racing, Kevin Horgmo, was another surprise, as he ran inside of the top three at points throughout the day. There is a lot to think about! Vote for the rider who surprised you the most in the MX Vice poll below and then share your thoughts over social media (@motocrossvice on Twitter and @mxvice on Instagram).