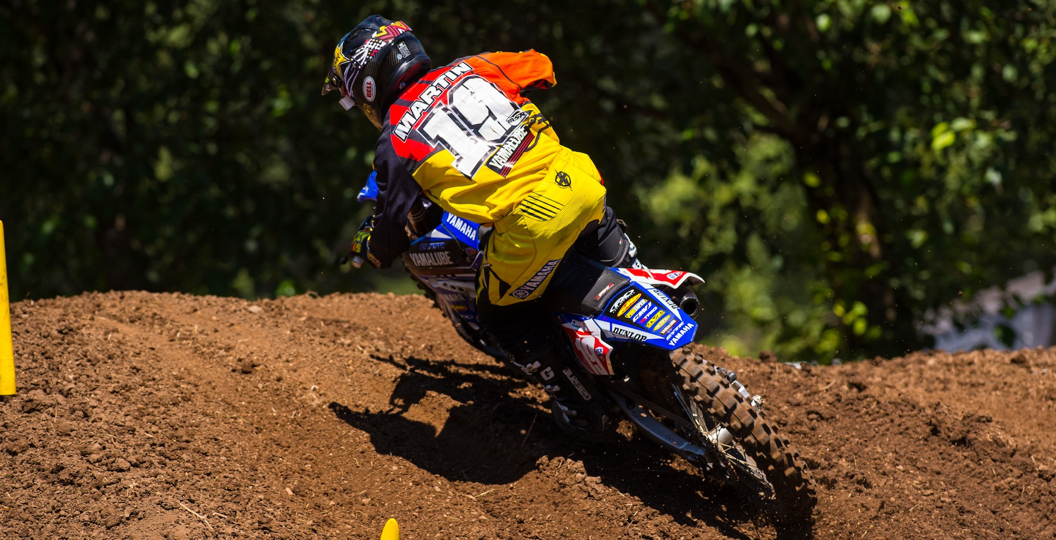 Point of Debate: Rebounding from Adversity

It has been the ultimate rollercoaster year for Jeremy Martin. After spending the winter training with Ryan Dungey at Carmichael’s farm many expected him to challenge for the 250SX East title. However, Martin didn’t qualify for the first two events and only got nineteenth at round three.

Martin was the biggest disappoint of the supercross season and ended up in tears after he didn’t qualify for two mains in a row. Everything had gone spectacularly wrong and Martin was at rock bottom. Slowly but surely Martin regrouped and got two podiums at the end of the season to finish tenth in points, but it was not the season he had trained all winter for.

Then in a remarkable turnaround Martin exploded into the outdoor season with five straight moto wins! A couple of disappointing motos and a charging Blake Baggett gave Martin another test, could he handle the pressure? Martin responded with more moto wins to answer the question with a resounding yes. Martin held his nerve, as Baggett’s title challenge floundered with bike problems and crashes,  and won the title in the mud if Indiana with a round to spare.

But back in February at the Atlanta supercross when he failed to qualify for the second week in a row, even Jeremy Martin would never have thought he would end the year as a champion and with a trip to Latvia to represent his country coming up at the end of September. Let’s just hope someone tells him he has to race the 450s twice and not just once, as he mentioned in a recent interview!

Martin showed a lot of determination to get back up and keep fighting when it looked like his career might be on the line at the beginning of the year. It might be one of the greatest turnarounds in motocross history and Martin and the team around him deserve every bit of credit they get. It is also a big championship for the Star Racing Yamaha team, who have never been close to winning a title and were the butt of plenty of paddock jokes in the past. Now both Martin and the Star Racing team are the best in America and it is a turning point in the team and rider’s careers.

Trey Canard can also be proud of his season and is a brilliant example of overcoming adversity, after all his injuries including yet another injury in supercross, Canard is a solid third in the 450MX championship and won two of the last three motos. Canard is one of the nicest guys in the sport but beneath that friendly demeanour is a strong and stubborn competitor, hence why he has never given up, despite two broken femurs and a broken back. Now Canard is showing he can be a race winner again and Honda have rewarded him with a new factory contract.

Dean Ferris is another rider who has turned his career around in the last few months. A poor supercross season and a devastating wrist injury in preparation for the outdoor nationals meant Ferris looked in danger of having to head back to Australia for good. But Ferris got the chance to go back to the GPs and race the MXGP class for factory Husqvarna, the series and class he really wanted to be in in the first place.

Ferris took advantage of a golden opportunity and showed enough speed and determination including an impressive showing in Lommel, to get a full time MXGP ride in 2015. Now Ferris is back in the big time and exactly where he wants to be just a few months after it looked like a promising career might be going nowhere. Ferris, like Martin and Canard, has shown just how important determination and resilience is when you face physical or mental challenges, but they also took their chances when the opportunity presented itself and now they are reaping the rewards.

Skill and talent are important in motocross, but as Martin, Canard and Ferris have shown in different ways this season, determination and self-belief are just as important to overcome adversity if you are to achieve your goals.