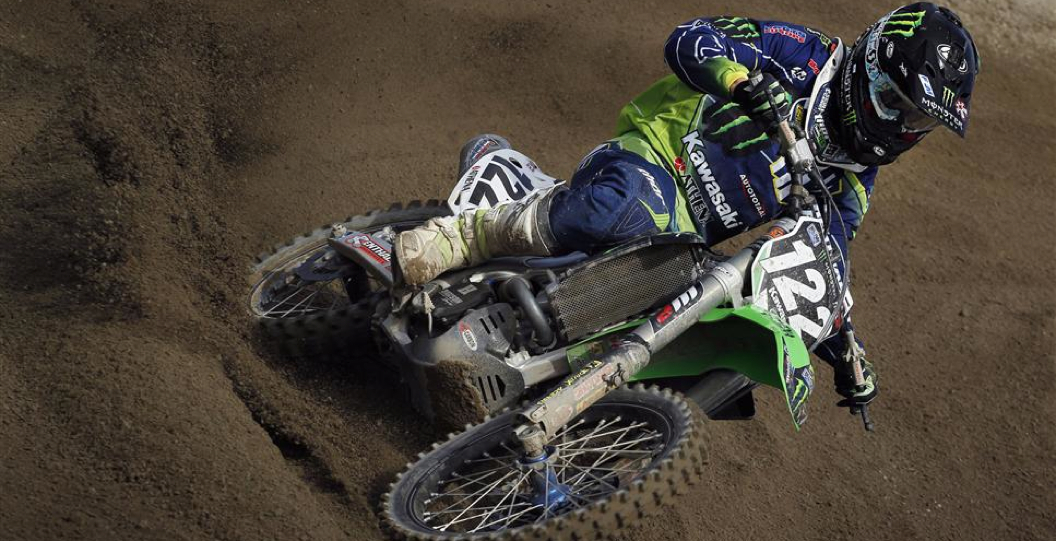 Point of Debate: The Penalty

When Jose Butron and Dylan Ferrandis raced past Jeffrey Herlings in the opening moto at Hyvinkää, eyebrows were raised immediately. Although the passes were fairly ordinary, the situation was far from normal. When the riders completed their opening lap, they were greeted by an abundance of yellow flags, as Luke Styke (a rider that had crashed in the first turn just moments earlier) was in the middle of the track and in need of medical attention.

Obviously, this prompted the officials to produce the appropriate flags, alert the riders of the incident and tell them to drastically slow their speed. The flags also mean no passing, as they always have done. This is not new to the riders; it has been the same since day one and is used in all types of racing. However, for whatever reason, Jose and Dylan raced through and regained the positions that they had lost less than a lap ago.

It is certainly understandable why the riders were handed a penalty for this action, as they broke the rule – it is that simple. However, when watching it I did think that Jeffrey seemed to slow more than what was required. In fact, his body language suggested that he may have misread the situation and thought the race had been restarted. The Dutchman slowed, raised his hand and looked around in a puzzled manner, which of course then left the riders that were chasing him a little confused.

Both riders that were penalized (as well as their teams) echoed these thoughts in their respective team press releases following the race. Dylan Ferrandis’ was most interesting; it was mentioned multiple times that he did not have a view of the incident and therefore did not understand what was going on. Now, I know what you are thinking, they are obviously biased and are trying to justify a negative situation. However, I can understand where they are coming from.

When the Spaniard flew straight through the section, Dylan then had to make a choice. He could have sat back, tried to obey the rules and then lost a considerable chunk of time to Jose. But, there was no guarantee that the race directors would later hand him the position that he gave up. I would not be surprised in the slightest if he simply copied what the rider in front of him did, because he thought that must be the appropriate reaction. When these riders are out there, they have tunnel vision and the only thing that is on their mind is to garner the best possible result. So it is not surprising that some guys sometimes accidentally ignore flags, signals etc.

Personally, I believe that the vital thing here is that Jeffrey slowed drastically, raised his hand and actually pulled out of the main racing line and onto the start straight that is not used during a race. That is not the stereotypical way to react in a situation such as this! Dylan said something similar following the race: “I was in third behind Herlings and Butron when we came on the final jump; Herlings saw a yellow flag as there was a crash, but behind him we didn’t see this flag. Herlings lifted a hand, we thought that he had some mechanical problem and passed him, but when I saw that he came back behind him I let him pass, as it seemed strange for me.”

For that reason, perhaps Jose and Dylan should not have been penalized as severely as they were. In fact, you could argue that if they had followed the rules and slowed to Herlings’ pace, it would have been more dangerous for the active riders. What I am getting at here is that I don’t think they are completely in the wrong. It does not seem like the ruling will be changed, and it will not have too much of an effect on the standings when the final chequered flag falls in Mexico. However, both riders were robbed of a result that would have arguably made the round the best of the year for them.

Dylan “was the fastest rider behind Herlings” and would have had a brace of second places on the sandy track, which would have been a big step in the right direction following some inconsistent results. In his mind he knows that he was the second best rider, which will undoubtedly aid him in his quest to clinch second in the MX2 series standings. If he had not been docked, Ferrandis would have actually moved ahead of Romain Febvre and into third in the championship, so the penalty has hindered him.

It is rare to see penalties handed out, so it was surprising to see the officials take attention so quickly after the race. It was a matter of seconds! Like I have stated previously, both riders did technically break the rules, so a penalty was required. However, the situation may not be as clear as it first seems.