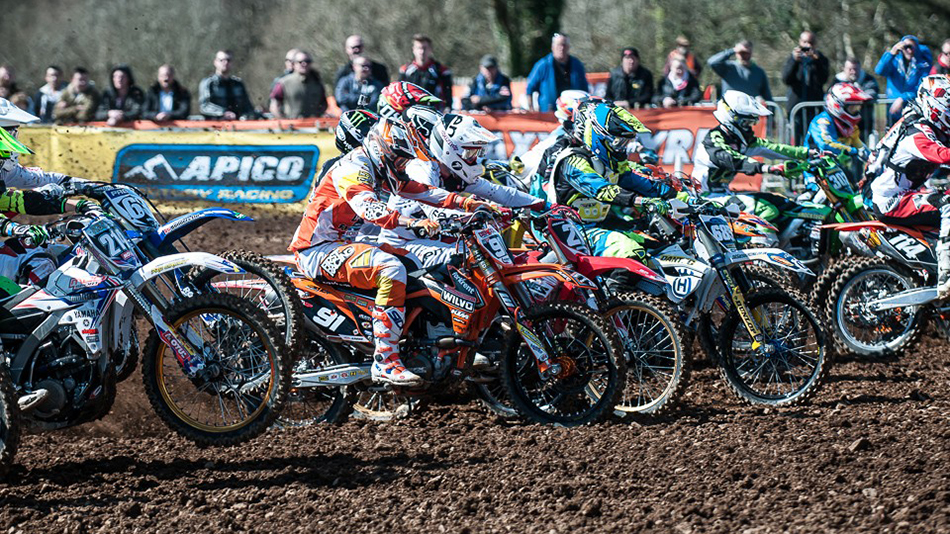 Point of Debate: The Mixed Race

Paul Irwin of RaceFX is one of the most respected people in the industry, as he has achieved a lot in the time that he has been around the sport. With that in mind, we felt his opinion was one that needed to be heard, so here are his thoughts on the mixed MX1/MX2 race, which has been a hot topic in recent years.

I grew up racing the British Championship in the late 80’s and early 90’s. Back then, we never gave it a second thought about racing the 250’s and 500’s together, or did we?

I personally spent three years racing a 250 in the Open British Support Championship before finally winning it in 1989 on a CR250 and earning my place in the top thirty-five for 1990. I then picked up a deal with Kawasaki for 1990, and rode a KX500 to limited success that year. Looking back, I wish I had stayed on a 250, but my deal was to ride a KX500, and knowing if I stuck to a 250, it was going to be a pretty much standard bike, I knew I would have really struggled against the factory 500’s!  It was always going to be tough year against great riders on factory or semi factory bikes and it being my first year in the top thirty-five, I had my work cut out either way.

I remember watching Rob Herring on a YZ250 all over the track trying to make a pass on the likes of Dave Thorpe on his factory 500. It made for great racing. The 500’s nearly always got out the gate first but the 250’s were soon on their heels!

My question is: is it really that different now?

I am heavily involved in the new MX Nationals series and we have brought back the ‘Fastest 40’ concept. If you are fast enough you are in – it doesn’t matter if you have a 250 or a 450! It’s all about your qualifying time and then your speed in the race.

I am interested in trying to get the whole picture! Have times changed that much? Are today’s riders just soft? Is the gap between a 250 and 450 four stroke much bigger than a 250 and 500 two stroke. What does the spectator want?
I am not saying mixed races are right or wrong, or that the MX Nationals ‘Fastest 40’ concept will be the way forward forever. But, they used to be good races thirty years ago and riders, teams and spectators didn’t seem to mind then!
Maybe the old days need to stay in past and we need to change with the times?

I would love to hear everyone’s opinions and please remember that they are just that, opinions!