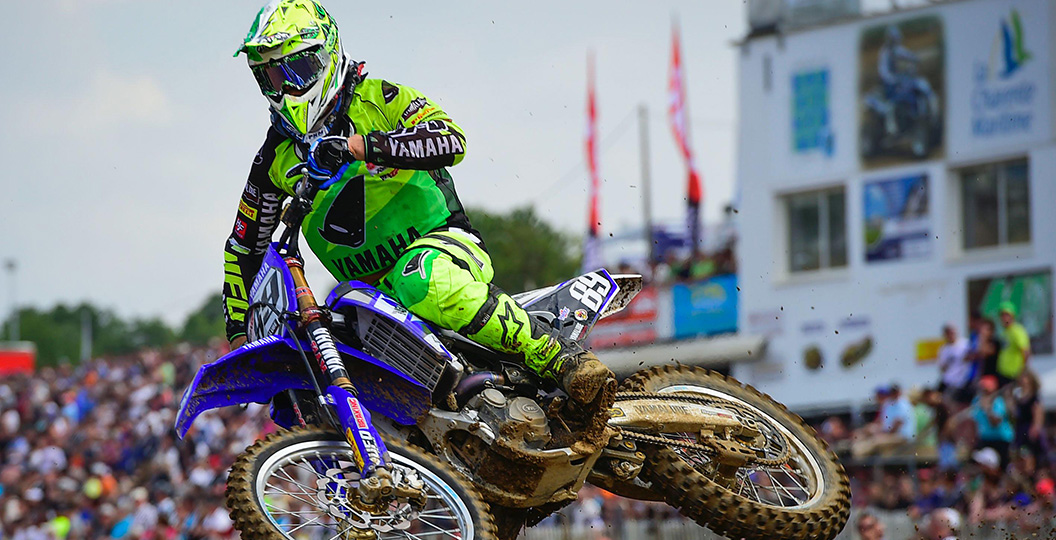 Jeremy van Horebeek has been a revelation this season, undoubtedly. Prior to the start of the season, most questioned whether he would break into the top five in the final standings. When we first made those bold predictions, we weren’t discrediting what he has achieved thus far, but he did not finish on the overall podium at all in his rookie season in the premier class.

Actually, if you go back and look at the results from last year, it is clear that the potential was there, as he spent a lot of his time inside of the top five from round six onwards. It seems that only bad luck kept Jeremy from the podium, as whenever he finished second in a moto (his best career finish in the MXGP class) he would have issues in the following moto. Rarely do we see a rider improve so much when they transition to the 450F, but it seems to suit him more than the smaller 250F, which requires a more erratic riding style.

The factory Yamaha guys clearly saw this potential, as they signed van Horebeek as their sole MXGP rider, and the deal is for two years too! Honestly, I questioned this decision in the off-season; it seemed peculiar that they were going to put all of their resources into one guy that is relatively unproven. Intriguingly this is something that Jeremy desperately wanted, as he wanted to be the number one rider on a team, after years of being overshadowed by superior teammates. This again confused me, as he has never been in that spot before, and everyone reacts to the pressure that the role brings in different ways.

However, he has been faultless this year. In fact, van Horebeek has been the most consistent rider in the series, as he has two fifth place moto finishes, three fourth places, seven thirds and six seconds, which is phenomenal – he’s the only rider that has not finished outside of the five at all this year! So, the pressure of being the sole 450F rider clearly is not causing him to make mistakes and have big crashes, which was a concern.

Like I stated above, the goal coming in was for Jeremy to obtain his first overall trophy in the MXGP division. So, now that he has done that (he is actually on an eight-race podium streak, amazingly), we have realigned our expectations of him. He is now desperately looking for a victory – podium positions aren’t good enough for him anymore. It’s interesting to see how quickly that has changed. When he first climbed up onto the overall podium in Thailand, he was ecstatic. But at the British GP, he was visibly frustrated after acquiring another brace of thirds for third overall.

It is certainly understandable why he feels like this; he has been quite close to clinching a win on a few occasions, so it isn’t an unrealistic goal. Van Horebeek was just one second down on Desalle at the end of moto two in France, and he managed to latch onto the leaders for the whole race. So, his first win is just around the corner, I believe, which is a situation that he has not been in before. Although he was always a podium contender in the 250F class, he was rarely a factor in the race for the lead. In his career, he has won just one round – the Spanish GP at Bellpuig, in 2009. He did not even win a race on that day, either, he went 2-3!

Quietly, Jeremy van Horebeek is right in the thick of the title fight too. No one has really talked about him as a contender, because he has to walk before he can run, of course. However, after nine rounds he is just thirty-five points down, which is not a big gap, if you look at the big picture. I honestly believe that when he wins one race, it will quickly snowball, and he’ll start reeling off consistent victories, which will make him quite dangerous.

The big benefactor in this is Yamaha, obviously. Things looked bleak at the beginning of the season, as they lost their title sponsor (Monster Energy) and cut down on the number of riders they have beneath their tent. Before this year, Yamaha’s last podium in the MXGP (formerly MX1) class was round one back in 2012 (Valkenswaard) – that was a drought of more than two years! But that is a distant memory now, as they have plenty of trophies from this season.

When coupled with their success in the Lucas Oil Pro Motocross series, the manufacturer is really making strides, but it’s Jeremy van Horebeek that is carrying them in Europe. Will he continue to build on his recent form? I think so. Don’t rule him out, as he may be in this position for many years to come – he has certainly proven himself.