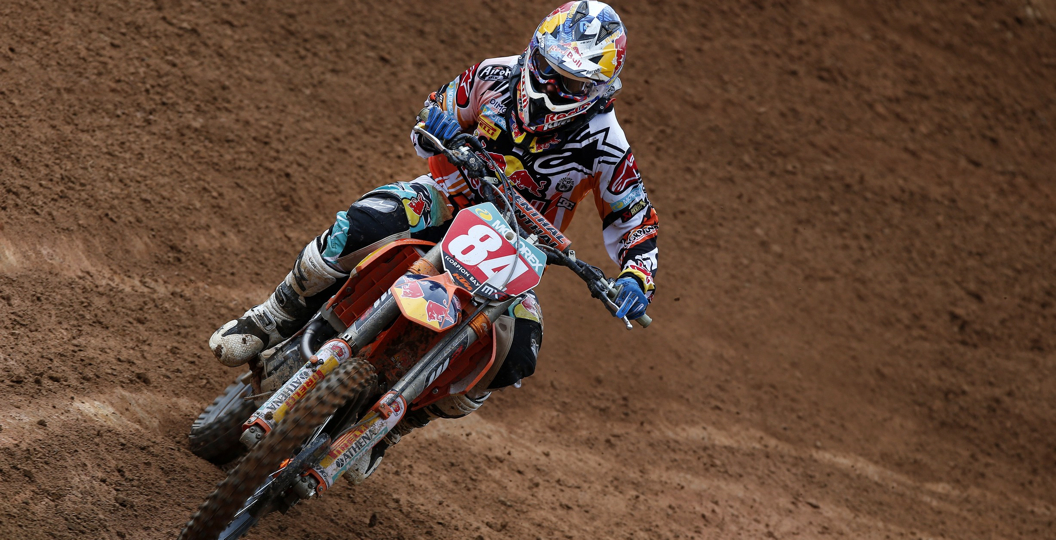 Jeffrey Herlings has spent his entire professional career in the spotlight, and rightfully so. However, some have started to discredit his dominance and ability, because of the fact that he is racing against lesser competition. Perhaps that is harsh? But, honestly, the MX2 class just isn’t as strong as it once was, hence why Jeffrey has been such an unstoppable force.

I, like a majority of the fans, simply want to see an exciting race, and it seems we are not going to have that whilst Jeffrey is in the MX2 class. Now, there is always a chance that someone could step up and challenge the established star, but judging by the talent pool in the MX2 class currently, it seems unlikely. Again, it is not that the other riders are not capable, it’s just that Herlings is a phenomenal talent, and one of the riders that will go down in history as one of the greats. So, it will take another unusually talented rider to challenge him consistently.

The rate in which a rider progresses in this sport is so fast that, at the age of nineteen, many strongly believe that the soon to be three-time world champion should vacate the 250F class at the end of the season, and jump into the premier division. That request isn’t too unreasonable, as many have done it before; some have started their career on a 450F, and never even glanced at the smaller bike. However, despite this, it has now been revealed that Herlings has elected to stay in MX2 for another year. Why has he done this, I hear you ask?

Well, there are two reasons, it appears, as Herlings has realised that he has the opportunity to break some prestigious records in the sport, which is a mouth-watering prospect for any young rider, of course. Jeffrey is quite aware that it is much easier to do this in the MX2 class, because he is so superior. If everything goes to plan over the next eighteen months, he will have more than sixty GP wins at the age of twenty. When you put that stat on paper, it renders most speechless – he will be well on his way to breaking Stefan Everts’ (his mentor) records. Although some think that it’s a little unfair, because the under twenty-three rule is aiding Jeffrey in his quest, we shouldn’t discredit him for that reason, as it’s out of his control.

But, is staying in the MX2 class to simply break records a good enough reason? I am not so sure, especially as it signifies that Jeffrey no longer sees the MX2 class as a challenge, which is surely the time at which a rider should move onto pastures new, and seek new motivation. The latter point there is something that will surely become a problem soon enough (that’s if it is not already). With winning by a comfortable margin a foregone conclusion each week, how can Herlings continue to push himself to be the best he can be, when his best is not required? Without realising he may settle ever so slightly, and lose an edge that he will later have to rediscover when tackling MXGP.

This is part of the reason that the Dutchman is heading Stateside in the summer to compete in a one-off race. Pit Beirer said as much in a press release: “Jeffrey is having a great year, but it’s important to keep him motivated.” It is going to be most interesting to see how his speed compares when he is out there, as that will be a great indication of whether staying in the MX2 class over here is hurting him or not. Herlings will expect to win convincingly, because of his confident nature, but the task may be tougher than anticipated – it’s been a while since he last had to battle with another rider for more than a couple of corners!

Unfortunately for us, the fans, Jeffrey holds the key to a thrilling MXGP season. If he were to move up, the two classes would be wide open, as Antonio Cairoli would have another formidable competitor in the MXGP class, and the many young guns would be left to battle for the MX2 crown. However, with Herlings’ intentions to stay on a 250F confirmed, it seems we will have another tedious season of watching him dominate by even more than he has done this year, as a majority of his main competitors will have moved up! However, rather than looking down at the Dutchman that is sometimes misunderstood, perhaps we should take a second to appreciate just how great he is?