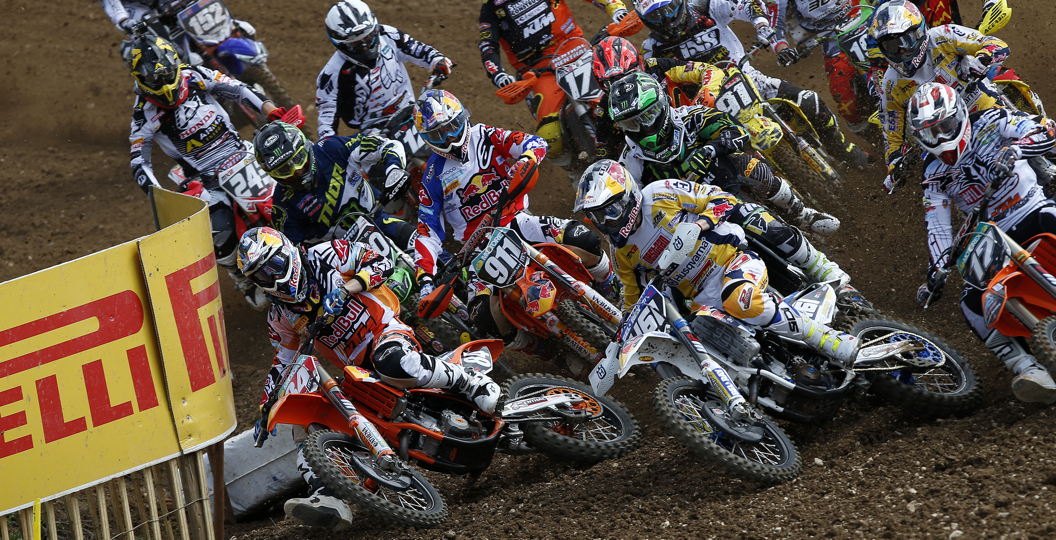 Point of Debate: GP of the USA

Lewis Phillips: Giuseppe Luongo has always made it clear that he wants to have a GP in the USA, so the announcement that the FIM Motocross World Championship will return to Glen Helen in 2015 is hardly surprising. It is no secret that the two recent GPs that were held at the Californian venue did not play out as expected, but the event has the potential to be much better next year.

The date should make the possibility of American riders showing up more likely, but will they? Although it seems perfect on paper, there will still be a four-week gap between the final Lucas Oil Pro Motocross round and the MXGP finale. Are the riders really going to continue to focus on motocross for a month longer than they have to? They have to contend with a gruelling schedule; so the month of September offers up a rare shot at a vacation or a chance to get on their new bikes a little early, like we saw so many do this year.

The only way that I can see some top American guys competing is if their sponsors force them to (Monster Energy are probably the most likely to do that). There is also a chance that the American Motocross of Nations squad could compete, which would again be a draw for the crowd, although it may be too last minute for them, seeing as it is just one week before the prestigious event, which will be held in France. It would be beneficial for them though, as they would get to ride their bikes with the MXGP requirements and get back into the swing of things after the little break that follows their series.

If this happens, there will be more hype surrounding the event and more of a reason for the fans to get on-board. The MXGP title fight between Antonio Cairoli and Ryan Villopoto will hopefully go down to the finale with them separated by just a few measly points, so that should be enough of a draw. If that does happen (obviously that is out of anyone’s control and there are many things that could stop it), then I expect the crowd will be much stronger than it was in 2010 and ’11. If we’re being honest, it cannot get much worse!

Just the fact it will be one of (if not) Ryan Villopoto’s final races will surely attract a large number of fans. After not seeing him race in his homeland in over a year, I am sure that they will not be able to resist watching him race at the track that he has been so strong at in the past.

Anyway, I digress. Will the GP of the USA work? I do believe it will be better than last time, in regard to the amount of fans that turn up, but I still am not convinced that you will have a majority of the top Americans on the line. There might be one or two, but I doubt that there will be anymore than that. They don’t have to race, so who can blame them? It would be great to see them there, of course, but that is not the series that they commit to, so how can anyone hold it against them if they don’t want to race an event that isn’t really beneficial to them?

Whatever happens, the MXGP series does need an American GP. It is a world championship and the USA is an integral part of our sport, so it is only right that the series travels there each year.

[Note: Oh, and also, I don’t agree with Jonathan’s views on the American industry and media at all, but hey, it’s an opinion piece.]

Jonathan McCready: Can the GP of USA work? It absolutely can, but it is down to the US industry, fans and especially the US media to make it work and that means it is unlikely to. In theory the 2015 USGP could be the race of the year with all the top riders from both series racing; however, I doubt it will be as good as it should be.

I went to the 2010 USGP  and the first round of the US Nationals the week before and the contrast was vast. While the racing was good at the USGP, there was no-one there. The US media hadn’t given the race twenty-five percent of the coverage that their two series get and the fans didn’t really know what MXGP was. Even if they did, they didn’t know enough about the riders or the series to care. That is part of the problem, if the American media doesn’t give the world championship the same coverage as the American racing, then how will the riders and fans ever respect or follow MXGP?

Youthstream have done all they can to get the race to work. Last time they brought it to Glen Helen, the hub of the industry, and close to all the teams and riders, it was on the exact same date and at the same location as a round of the Lucas Oil Pro Motocross series was supposed to be, yet the main Americans didn’t show up (fans and riders), except for Mike Alessi.

This time they have put it at the end of the season, so there are no more excuses about being afraid of getting hurt for their outdoor series. However, the last time the USGP was at the end of the season (Budds Creek ’99) the American riders, aside from Albertyn and Tortelli who grew up racing GPs, weren’t going to turn up because they had a long season. Everts ended up calling them cowards, and Windham got angry and rode (winning the event on a tie-break with Everts).

So why wouldn’t it happen again? At least Villopoto is racing this time and he could win the title. It would also be America’s last chance to see RV race in person, as it will be his last race in the USA. A lot of US companies are part of the world championship now and it is on TV in the ‘States. So, there is a chance it can work this time.

But I believe if the US media don’t give the world championship the same AMA style hype and coverage during the season, so American fans and riders can become familiar with the GP riders and storylines in the lead up to the 2015 USGP, then it won’t work as well as it should.

The US riders and industry have everything in their favour for this race, they get to race the GP boys once a year in their own country, so they get the advantage on a track they all practice on. If the US motocross industry can’t get behind the world championship in 2015, and especially the USGP, then it will be difficult to see it ever happening again.

The 2015 GP season has the potential to be the catalyst for that change but I won’t hold my breath and I expect the US industry to not push the world championship, in order to protect their own very popular and successful supercross and motocross series. I don’t believe they want the next generation of young top American riders growing up dreaming of being world motocross champion and not spending their entire career in the USA, and that’s why a USGP in America may never work to its full potential.