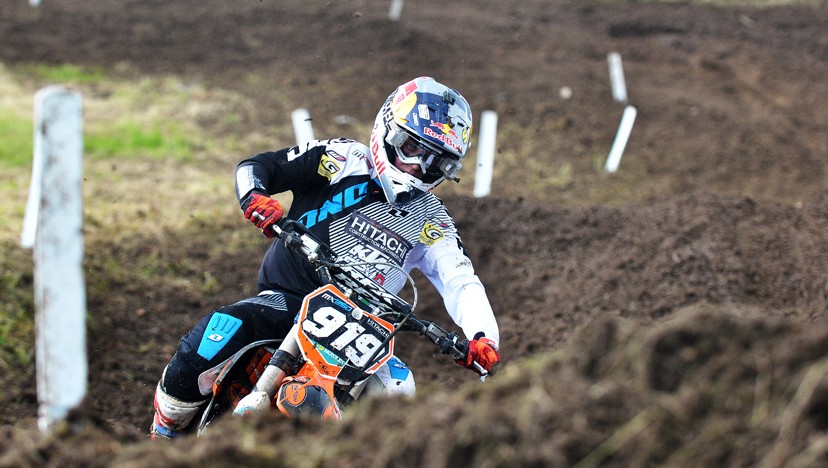 Unfortunately, the results in the final three EMX motos did not materialise as expected, as there was only one British victor. Albie Wilkie took a sensational double moto win in the EMX150 class, after taking the lead in the final turn! It really was a brilliant victory – he was the only rider to jump the finish; he wanted it!

In the EMX300, Lewis Gregory came within a whisker of taking the second moto victory, and the overall, as he swapped the lead multiple times with Bernardini. However, he narrowly missed out in the end, and had to settle for second on the podium. But, although he looked defeated, he was up on the box at his home GP, which only a select group of guys get to experience.

The EMX250 was the one that we were all waiting for, but unfortunately, Ben Watson fell exiting the second turn, and took a while to get going again. I initially feared the worst, as he seemed to be injured, but eventually he got going, and showed a lot of heart whilst tearing his way through the field. Although he did not get any points, he deserves props. It wasn’t all bad news for the fans, as Adam Sterry landed on the podium in third, after taking an impressive fourth – he actually tied on points with Clarke, who missed out on a spot on the podium, as Adam had a better second moto result.