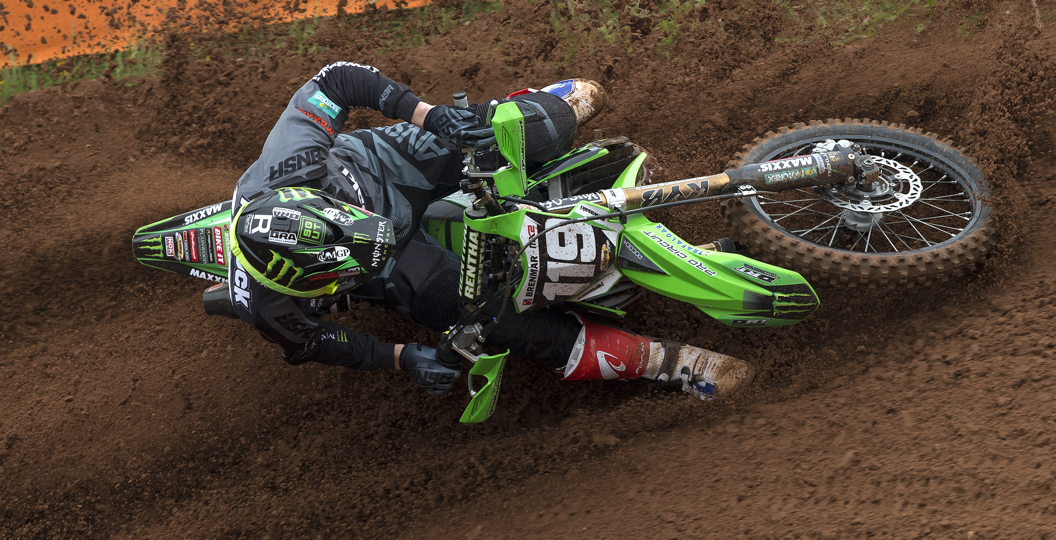 Mel Pocock has been drafted into the Hitachi REVO Husqvarna team for the remainder of the 2016 season as a fill-in rider for James Dunn whose ongoing medical issues have forced him to take a step back from racing.

James, who started the year strongly and at one point was joint leader of the Maxxis ACU British Championship MX2 class, has suffered a couple of heavy mid-season crashes resulting in delayed repetitive concussion. This, combined with a suspected bout of glandular fever, has seen him struggle to maintain his early-season form despite posting a career-best 14th-placed finish in the second race at the British GP.

Mel missed the entire 2015 season with a serious hand injury. He last rode for the team in 2014 when he finished second in the British MX2 championship. This year he’s shown top-five speed on a number of occasions and with no contract for 2016 is happy to renew his relationship with Roger Magee’s team. His first competitive outing on the FC 250 will be at round six of the Maxxis British Motocross Championship at Blaxhall on July 17.

Roger Magee (Team Principal): “We appreciate that James has been going through a few difficulties in relation to his concussion and I feel it’s better for him to take a back step and get fully recovered as his health’s the most important thing. In the meantime to give the team a presence in MX2 we’re very glad to welcome Mel Pocock back. He rode for us in 2014 and finished second in the British championship and we’re hoping he’ll adapt to the bike as quickly as possible. He’s shown a good turn of speed in the British at the rounds he has been at and we’re looking forward to him making his debut at Blaxhall.”

Mark Yates (REVO): “I feel bad for James because he started off the season so well but the couple of knocks he’s had and the findings with regard to his glandular fever have taken a worse toll than we thought. He’s just not himself and we’ve made a collective decision that he needs to take time out and go through a full recovery process. It’s bitter sweet because while it’s undoubtedly a big blow for James, on the positive side we’ve always worked well with Mel and I’m excited to have him riding for us again.”

James Dunn: “I’ve seen a specialist this morning and they’ve advised that I don’t race due to the post-concussion I’ve still got and also this fatigue illness. I need to have some blood tests and also a scan on my head to get it checked out. It’s very disappointing and the fact I had such a strong start to the season and have shown how well I can ride makes it worse.”

Mel Pocock: “I’m going to finish out the season with the Hitachi REVO Husqvarna team with Sam Yates as my mechanic again which I’m very happy about. In 2014 we fought all year for a British championship. This year has been rough and tumble for me coming back after my hand injury and I’ve picked up a couple more knocks along the way.

“It’s exciting times – the decision had to be made quickly and I’m confident we can go forward. I rode the bike today and I’m happy with the initial set-up which is a great start and I feel like I can develop it further and hopefully make it into a race-winning machine. That’s the plan.”