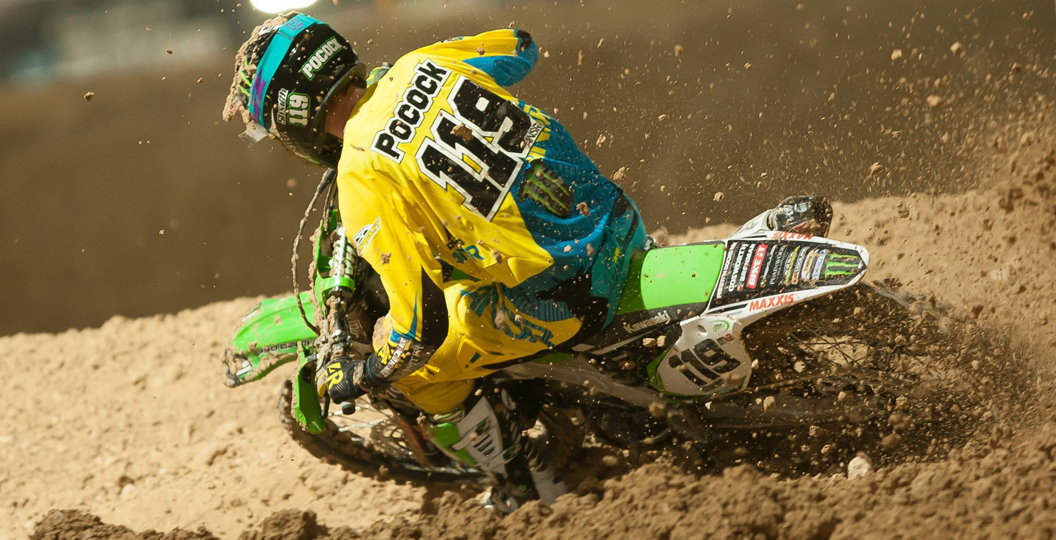 Pocock out of Lyng

Mel Pocock’s story is one that has been well documented; a horrific incident at the opening round of the 2015 Maxxis British Championship led to multiple surgeries and a complete year away from racing. ‘119’ is now nearing a return, as he is back aboard his Monster Energy DRT Kawasaki and attempting to reach his former level.

Most were hopeful that he would be able to make it to the line this weekend at round one of the 2016 series, but team manager Steve Dixon has confirmed exclusively to us that he will unfortunately need a little more time.

Mel rode with Seva and Tommy in Holland this week but, after losing six weeks following a crash in the USA, I have told him to not come back until he is ready to podium. It isn't fair for him to battle mid-pack. He still has a future in motocross and we can wait until he's ready; he has a huge following and those fans deserve to see him at the front. Mel has our riders to gauge himself against. At least he is back riding after the hand injury last year - we are grateful for that alone! It's a blow for him, but I always told Mel there is no pressure and time was on his side to make a full recovery. He has achieved his goal of riding again, which was the most important hurdle, and the next one is to be capable of a podium in the MX2 Maxxis British Championship.

Hopefully we’ll see Mel back behind the starting line soon!