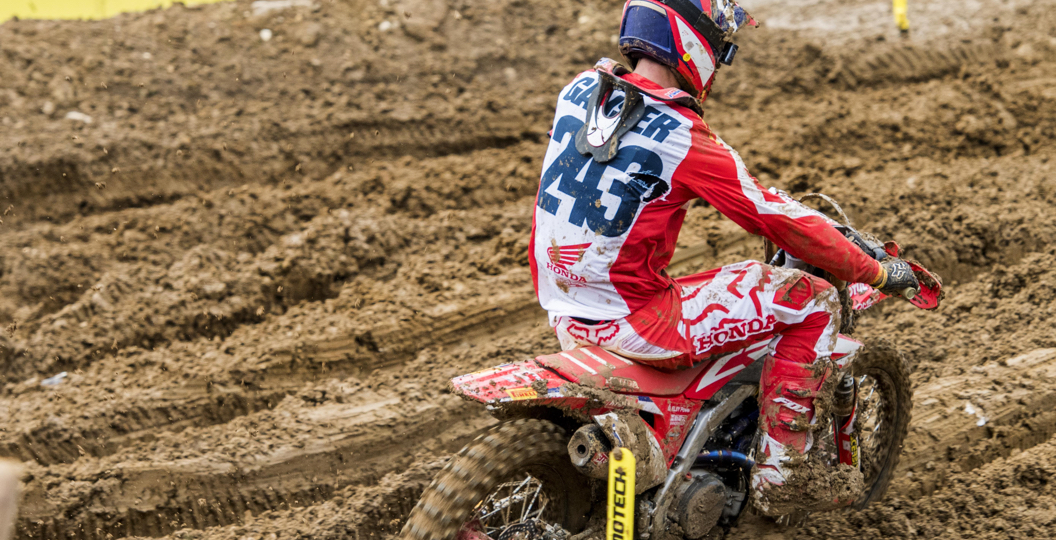 The Motocross of Nations is an event like no other. Riders and fans from across the globe are brought together on a single weekend, which creates quite the atmosphere and bench-racing discussions that rage on for months. No one is immune to the latter, it seems, as even some of the us at MX Vice have jumped in with predictions for this weekend.

There was a period where Antonio Cairoli seemed to always encounter issues at the Motocross of Nations. There was that spectacular crash in the first turn at Franciacorta, a snapped set of handlebars at St. Jean d’Angely and then the knee injury that he sustained at Kegums. There have been some positives outings, however, like the last time that Matterley Basin played host to the prestigious event. Cairoli defeated the 450F riders to win a moto that year and has enjoyed a lot of success at the venue since then. Seeing as he will not face Jeffrey Herlings in MXGP this weekend, I predict that he will take the individual victory and win one of the three motos on race day.

Is it really possible to bet against Zach Osborne? Pauls Jonass is out, Jeremy Seewer is on an RM-Z450, Dylan Ferrandis is injured and the list goes on. That is not to say the field is weak though, as Hunter Lawrence is riding a wave of momentum currently and should be brilliant around Matterley Basin. Starts are an issue for the Australian, but Zach Osborne is in a similar boat. Tommy Searle is another favourite in this division and, hey, he struggles to get out of the gate too. Osborne has proven that slicing through the field is not an issue, hence why he is an excellent pick to win aboard a 250F. Could he win an individual moto outright? That is an interesting question.

Another fairly obvious pick. It is not ludicrous at all to suggest that both Jeffrey Herlings and Antonio Cairoli could win all three motos and, for that reason, most will look forward to the final showdown on Sunday afternoon. That will be the only time that the pair share the same track. Putting an elite talent in the Open class has become a popular pick over the years, but ‘84’ will not face much opposition this weekend. Dean Wilson will undoubtedly be in the mix, along with Romain Febvre, but it would be a rather large surprise to see another rider claim that individual win. Kevin Strjibos, Thomas Covington, Glenn Coldenhoff and Jeremy Seewer are the only other contenders in the class.

Team France were initially the favourites to claim the Chamberlain Trophy, but the decision to draft a EWC rider in is rather questionable. So, with that in mind, it seems that Team Netherlands will enter with the strongest trio. It is easy to forget that they would have won the event a year ago, had Romain Febvre not passed Tommy Searle on the final lap. Jeffrey Herlings and Glenn Coldenhoff are even stronger now, which should outweigh the fact that Brian Bogers has been mediocre. Bogers will face a weaker field in MX2, however, so even he will able to edge closer to the front than he has done recently. In order for the Dutch to win, Bogers simply needs to hover around the top ten in a single moto.

This class should be a straight out fight between Tim Gajser and Antonio Cairoli. Seely is the next closest guy and just isn’t on the level of those two when he’s riding a fresh track. The last time we saw MXGP at the British venue, Gajser took the overall with two wins on the day. He’s had a better end to the season than the middle section, where injuries took a toll, and with a superb result at the last GP, I can’t see anyone beating him. Cairoli, on the other hand, has had a relatively flat end to the season and fundamentally I feel that Gajser will go all-out to grab that #1 spot. Either that or he’ll end up on the ground…

Regardless of how you dissect the numbers, it’s incredibly difficult to imagine anyone other than Zach Osborne taking the win in MX2. The likeable American has been on fire all season, indoors and out. The added advantage he has is that he’s ridden the track before, used to ride for the event promoter and knows the European scene well. MX2 this year hasn’t got the deepest field we’ve ever had and, although both Jeremy Seewer and Pauls Jonass are exceptionally fast, neither are racing in the same class this week (the latter isn’t riding at all). No one else has demonstrated consistent raw speed (Prado has been all over the map and Kjer Olsen doesn’t yet appear to have the raw speed), which is why my bets are placed on Zach.

Once again, I have to agree with Lewis on this one. Jeffrey Herlings is the obvious pick. Without bad luck hitting ‘84’, he’s shown us an incredible amount of speed and consistency during the second half of the season (even more so recently). Outside of this, there should be some real battles. Dean Wilson will be out to prove a point on home soil, Febvre always goes extremely well at the MXoN and with an event like this  anyone can spring a surprise.

I’m not as confident in this prediction, as it should be a very interesting MXoN. Having won multiple titles in recent years, France have a very strong team again this year. This year, however, they have been hit hard with injuries and have pulled in an enduro rider for the MX2 spot, albeit one who’s a fine motocross rider. The Netherlands have a VERY strong team too, but it all comes down to Bogers. How well can he do? It’s well known that this is one of the weaker American teams in recent years, but you can’t ever count them out. Great Britain as ever has a decent team, but I don’t see them on the top spot. A podium is well within grasp if bad luck avoids the British team on home soil.

Like Lewis, I find it difficult to bet against Tony Cairoli.   The new world champion has been a picture of consistency at the Winchester track, winning six out the twelve motos raced there since its rebirth in 2011. ‘222’ has finished third on average across all motos, including his slightly inebriated eighteenth place finish in the second moto in 2013. Despite Cairoli’s expected dominance, I still anticipate stiff competition from the likes of Gautier Paulin and Arnaud Tonus. The latter having experienced good form at Matterley on a 250F in 2014 before making the move stateside .

It is the MX2 class where the injuries have really taken their toll. Injuries to the likes of Dylan Ferrandis, Julien Lieber and Pauls Jonass really make it difficult to look past the dominance Zach Osborne has enjoyed in 2017.  The American knows the track well and has enjoyed a week’s worth of preparation with the Pocock family. Despite the injuries, however, there are some interesting stories that could develop from riders who have enjoyed great success in MX2.  With the ‘Nations giving an opportunity for MXGP riders to revisit the 250F, watch out for both Tommy Searle and Valentin Guillod.  Tommy’s pedigree on the 250F is well known, but don’t forget that the Swiss rider also took the MX2 overall at Matterley only two years ago and finished third in MXGP race one last year.

This one is probably the easiest selection of the three classes. Jeffrey Herlings is experiencing somewhat of a purple patch recently, which would have taken him to the MXGP title were it not for a slow start to his MXGP career. Jeremy Seewer, Dean Wilson and Romain Febvre are his only notable competitors, so I could see Herlings take at least one race win this weekend. But, as others have pointed out, all eyes will be on his battle with the likes of Cairoli and Seely in race three.

If all goes to plan I expect Team France to wrap up their fourth consecutive Chamberlain Trophy, but when was anything simple in motocross? The track has seen some notable changes that promises to throw up a few surprises throughout the weekend.  The Netherlands were so close last year that many thought they had won as Herlings crossed the line. This year I can see history repeating itself with Herlings crossing the line in first, but it will be the consistency of Glenn Coldenhoff and Herlings that will see them raise the trophy this time. Whilst question marks exist over Brian Bogers’ ability to break into the top three in MX2, a top five should be within his sights and those results combined should be enough to see them take that extra step on the podium.