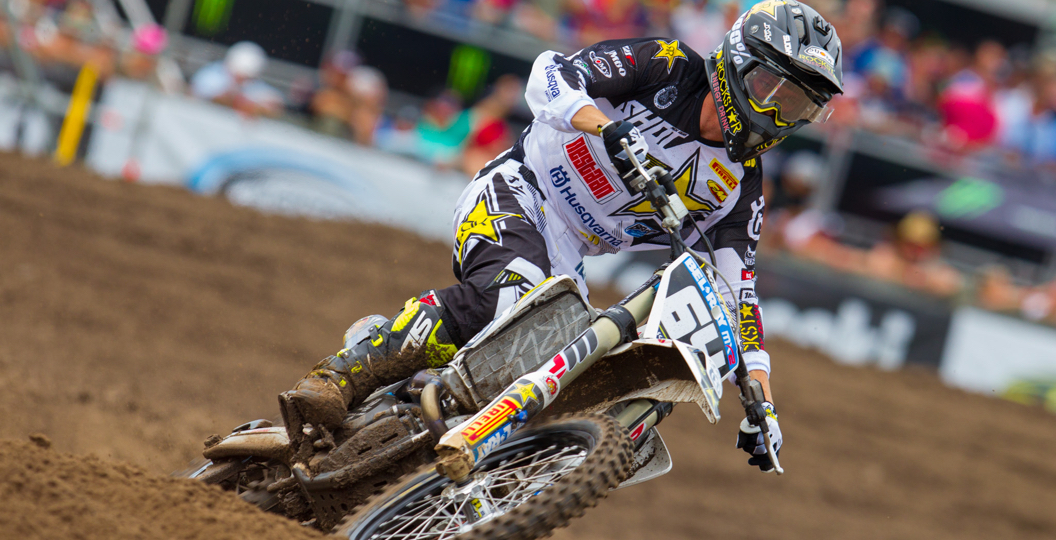 It is rare for a mid-season event to garner as much hype as the Monster Energy MXGP of USA did this past weekend, but an American round of the FIM Motocross World Championship is something special. It is no secret that the fans in the USA have not always embraced the series, however, and the recent rounds at Glen Helen are a fine example of that. The inaugural event at WW Motocross Park serves as proof that the tide is turning somewhat though.

The seventeenth round of the FIM Motocross World Championship was noteworthy for many reasons. WW Motocross Park was effectively an unknown quantity, firstly, which created the perfect stage for one of the most anticipated battles in recent memory. Eli Tomac was surprised just how sandy the circuit was, which gives you an idea of just how little knowledge the guys had prior to the event. That, in turn, resulted in major bike changes for a lot of riders on Saturday and created a game of tenacity that separated those with vast knowledge of bike set-up from those with little experience.

Whenever the American riders match up against those in Europe, the track often acts as an asterisk. It is extremely difficult to find a circuit that is new to all, especially when you are dealing with such a diverse group of athletes, but Youthstream and MX Sports managed it. That created interest among fans too, as it is rather hard to resist the temptation of taking a quick look at a new circuit in the USA. The nation has produced countless gems over the years.

There were complaints from nostalgic fans, just as one would expect, as they longed to see a historic circuit grace the schedule. Youthstream attempted to make that happen with Gatorback, however, so it is quite clear that they know exactly what the people want. There is no reason why WW Motocross Park could not become that historic figure though, as the qualities of a great venue are seemingly in place. There were no substantial teething problems that cannot be solved in the near future.

If you need proof of whether this event worked, just look at the crowd figures from the previous rounds. Those are listed in the table below. A good crowd travelled to the venue, much like in Charlotte last year, and actually created an atmosphere that transferred to the television show. It was quite clear in the live coverage that the fences were littered with American flags, which is exactly what a majority of the Grand Prix rounds are about. That sense of national pride really shines through in the FIM Motocross World Championship and the newest USGP venue certainly attracted enthusiasts.

Should WW Motocross Park be nurtured in the years to come? Without a shadow of a doubt. A flyaway round can typically lead teams to obscure locations, but this is a mainstream spot that would also be ideal for European fans. Orlando, a tourist hotspot, is just two hours south, so there is a chance that interest from fans further adrift could spike. That is actually an important point, as the cost of travelling to Florida is much easier to swallow than the price of a flight to California. It is, additionally, a convenient stop for those contesting the Lucas Oil Pro Motocross series, so simply too good to toss to one side.

The puzzle that is the Monster Energy MXGP of USA has left promoters scratching their heads for many years. Everything falls into place eventually though and, thanks to the great work from Youthstream and MX Sports, the USGP may finally have a place to call home. That in itself is an exciting prospect.