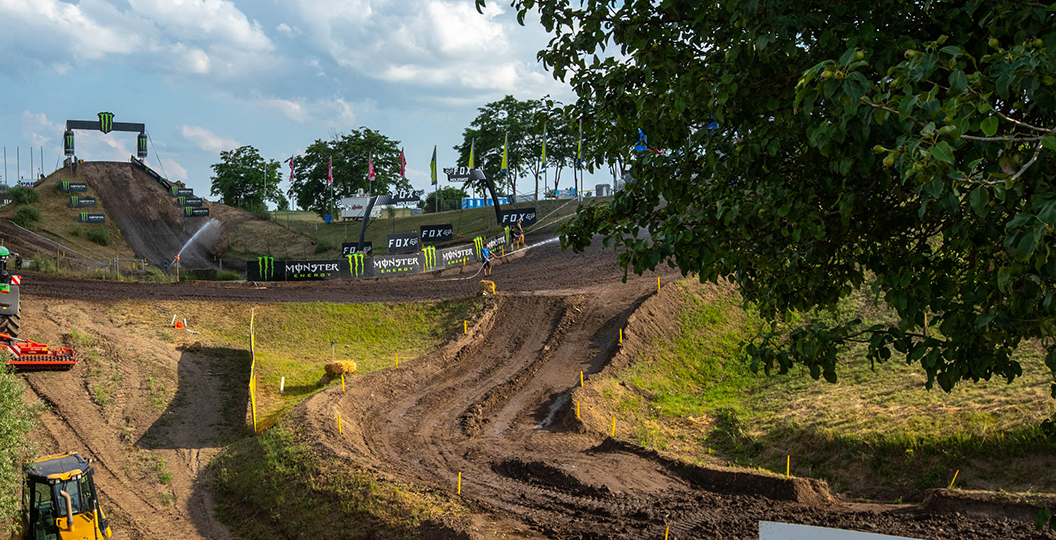 Fortune favours the brave. That is the saying that certain Fantasy MX Manager players will be clinging onto at the Grand Prix of Germany, round ten of the 2019 FIM Motocross World Championship, on Sunday. It is going to be an interesting weekend at the historic circuit of Teutschenthal, especially after such an eventful outing in Latvia. Fantasy prices have fluctuated a hell of a lot!

It is most likely that Gautier Paulin will end up on a ton of teams, as he costs €300,000 and is healthy. There is still an element of risk there though, as he has been trending in a negative direction for quite some time. Will he turn things around at a venue that he has won at before? The mediocre results that he had a couple of days ago were a result of being banged up, but his body has not had a huge impact for around two weeks now and thus he must begin to feel stronger. Anything less than a top-five finish would be considered a bit disappointing, but if he acquires a brace of sevenths then there is still value there at €300,000.

Another daunting pick is Max Nagl, who costs just €150,000. There is no doubt that he can finish around the top ten, which would be more than enough of a reason to choose him at that price, but this is the first Grand Prix that he has competed in since that knee injury that popped up (or out) at the Argentine stop. Is the intensity going to surprise him? Will he struggle with race fitness? Those are questions that one should search for answers for during qualifying on Saturday. Remember to use that race as much as possible, in order to make educated picks.

Speaking of injuries and everything that goes along with that, Zachary Pichon could be a positive choice. It is worth noting that there is absolutely no way to predict what he is going to do and how he will fare, as an element of consistency is non-existent in his programme, but there have been bright spots on the hard-pack so perhaps he can replicate that at the Grand Prix of Germany? Confidence is not high, but there is a chance that there could be one heck of a return on the Honda 114 Motorsports rider. Mitchell Evans could be worth a lot at €400,000 too.

Henry Jacobi is an intriguing pick, as he remains at €350,000 after plateauing somewhat recently. The Grand Prix of Germany is his home Grand Prix, of course, but that could obviously become a positive or a negative. Jacobi could put in the ride of his life and give plenty of points back to his fantasy owners or push extremely hard and cartwheel. I would lean towards the latter at this time, simply because everyone is aware how he typically operates, but then it is still possible to get a decent result with that. Maybe he gets a tenth and a third in the two motos? What a return on €350,000 that would be.

Darian Sanayei is an option at €150,000, but one must remember to temper expectations. Sanayei is unable to train in the week, is not really feeling too much better and will struggle to run the pace for the two races. What could he potentially achieve? The circumstances are very similar to that of Russia, where he acquired eighteen points, as temperatures will soar to around thirty degrees and the surface is obviously hard-pack.  A haul of points similar to that is really realistic, which is fine at €150,000. The important thing to remember is that there is the potential to achieve so much more.

All Fantasy MX Manager players are going to be faced with a conundrum this weekend, as choosing Yamaha as a manufacturer is not much of an option anymore. Yamaha now cost €300,000 and would therefore take up a quarter of the budget that is outlined at the start of each round. Does that rule the manufacturer out? Not exactly, as there are around fifty points available with their guys in MXGP and MX2. It is just impossible to find a rider who costs that much and can give so many points back to fantasy owners, so perhaps it is a legitimate option? Very few players will actually think of that as viable. It is though!