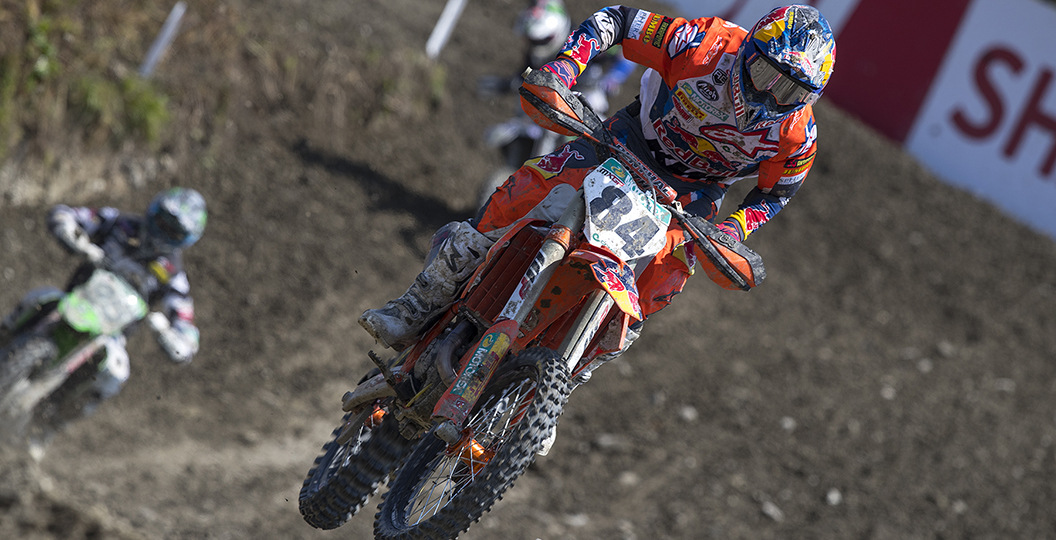 There is an intriguing dilemma that one faces as the 2019 FIM Motocross World Championship rolls on and approaches the halfway point. Is it possible to maintain some level of consistency on Fantasy MX Manager, the only fantasy game that is based around the Grand Prix campaign, yet also charge forwards and take risks that will pay dividends in the long run? The layout of prices for the ninth round in Latvia makes that a possibility.

Going down the middle of the road and running with four mid-pack riders, who cost around €300,000, is a proven strategy and one that most attempt to follow. Could straying from that really pay off in Latvia? There is a catalyst for this discussion, that being Jeffrey Herlings. Herlings is a sand master and therefore achieving a hell of a lot this weekend is a possibility. The comeback trail is still being blazed by the reigning champ and therefore sweeping both motos may not be realistic at this point, but a brace of thirds is on the cards. That would be quite the return on investment, considering he only costs €450,000.

It is important to remember the fact that Jeffrey Herlings could be in line to rack up some bonus points to go along with that. Setting the fastest lap in the premier division is quite realistic, for instance, as is taking a holeshot. This all adds up and would make him a promising pick, let alone the fact that he is rather reliable. How badly could it really go? There is a rider who would support Herlings quite well on a Fantasy MX Manager team as well: Erki Kahro. Kahro, an Estonian who has faced an international tour of sorts thus far this term, costs just €50,000 and is especially strong in the sand of Kegums.

There is a lot of potential with the pairing and an opportunity to follow a strategy that others may not even consider. The best part about choosing Jeffrey Herlings and Erki Kahro is that there would still be €700,000 left to play around with, meaning that one would not be forced to skimp on MX2 signings. Take Ben Watson and Alvin Ostlund, two very capable sand riders, and then have the room to select a team and manufacturer for the weekend. Cover every base possible and maximise the chances of success. Selecting Watson should not be too much of an internal debate, especially with the conditions, but a second MX2 rider is tricky.

Alvin Ostlund is a great pick for the Grand Prix of Latvia on paper. Ostlund shines in the sand, has done well there in the past, is closer to home and is currently at one hundred percent. However, despite the fact that everything appears to be trending in the right direction for him, it just has not been coming together at an international level. What is the reason for that? It seems that heads are being scratched at Revo Husqvarna, but the fact that there is not a clear explanation is positive in this case. There is no reason why it cannot be turned around this weekend! It is a risk, yes, but one worth taking, especially if there are three safe bets to support him.

There is actually another rider who costs €150,000 and is intriguing. Tommy Searle has had a horrid season, which has consisted of issue after issue, and therefore his price has been slashed. Searle has also been amazing at Kegums in the past though. The raw speed that was on show aboard his Red Bull KTM in 2015 is discussed to this day. Signing him is not much of a risk, in short, but investing in BOS would strike fear into the hearts of most players. It has to take a positive turn at same point though and there is a massive haul of points to be had when that happens.

Another pick that is tempting, but costly, is Henry Jacobi at €350,000. The cost of the F&H Racing rider has not changed since the last race and he could obviously do amazing things, but it just has not come together in recent weeks. Claiming two sixths at that price would not be catastrophic, not at all, and one would think that would definitely happen, barring a disaster. One would think that most players have to pick either Ben Watson or Henry Jacobi, solely based on potential. A trip to the podium could be on the cards for either rider on Sunday afternoon.

There is a final point to consider when contemplating picks for the Grand Prix of Latvia, the ninth round of the 2019 FIM Motocross World Championship, and that is the start. It does favour the inside and therefore qualifying results are going to be more intriguing than before. What if an elite rider fails to finish the heat on Saturday though? Is it safe to assume that, after being hindered by an outside gate pick, the guy in question would be the favourite to clinch the hard-charger points that are offered as a bonus? Now that is what every player should be striving to achieve. Consider every element!