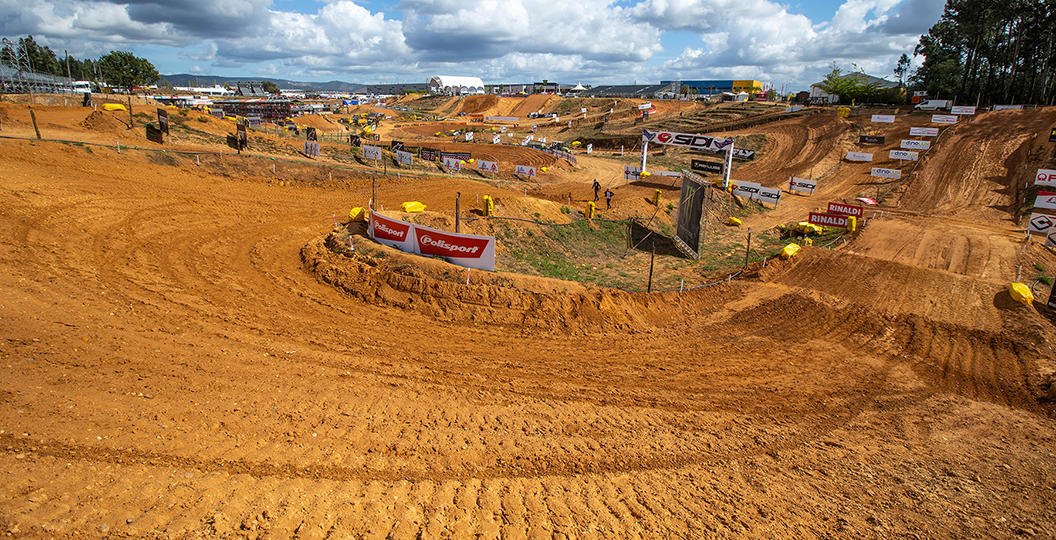 The Fantasy MX Manager landscape was a minefield a week ago, as prices fluctuated an extreme amount and turned strategies that had been formed upside down. Although the prices have changed yet again, creating a fresh opportunity for certain players to reign supreme, there are some names on the list that do jump right off the page.

Who cannot be ignored as players start to look towards the Grand Prix of Portugal, which will be round six of the 2019 FIM Motocross World Championship? Ben Watson is undoubtedly going to end up on an overwhelming majority of teams, as his cost has shrunk by €200,000 since the start of the season. €350,000 is what he is currently valued at. There is no way that he is ever going to be cheaper than that and, barring an issue this weekend, it is likely that his price will climb heading into the Grand Prix of France. This is really a no brainer.

What results does Ben Watson need to acquire in order to be good value? If a rider who costs €350,000 is able to finish in the top seven twice then that is more than enough, it really is, and there is absolutely no doubt that Watson will manage that on the hard-pack dirt of Agueda. It would not be ludicrous if one opts for different riders though, as the MX2 division is littered with viable options. Jed Beaton costs €50,000 less than Watson, for example, and was on the podium here just last year. Although he is still rebuilding after a turbulent twelve-month period, he was a contender at the previous race.

How about Iker Larranaga Olano at €300,000? There is absolutely no doubt that a lot of users will scroll straight past his name and rightfully so, one could certainly argue, as he has never been a consistent frontrunner. Does the fact that he was fifth overall just last week make him a noteworthy option? It is tough to point to a reason why one would select Larranaga over someone like Beaton, or even Adam Sterry who is in the same price bracket, as it would be such a gamble. Perhaps that could pay off though? It is worth taking the road less travelled on occasion.

There are some intriguing options further down the price list that do carry some risk. Mitchell Harrison costs €100,000 again, much like he did during his maiden foray with Bud Racing, but he was invisible at the Grand Prix of Lombardia. There is absolutely no doubt that a track like Agueda is going to play to his strengths though, so could he put two points-scoring rides on the board for the first time? It would honestly be shocking if he fails once again, so it is worth taking that bet. A brace of fifteenths would be more than enough to justify taking him on at €100,000.

Even more tempting is Gustavo Pessoa, a Brazilian import on the Bike It DRT Kawasaki squad, at €50,000. Using up €50,000 of the €1,200,000 budget that one starts with obviously allows a lot of freedom with the rest of the picks, so perhaps it is worth just putting someone like Pessoa in there and hoping for the best? Points are needed to show value at that price and one would think that he will manage that, as he has acquired seventeen thus far this term. It is worth noting that he is battling health issues currently though and has not actually scored points since the first moto in Great Britain. It is debatable whether it is worth reading too much into that though.

It is rather tricky to find someone too tempting in the premier division, based on how the new prices are constructed, but one would presume that a lot of users will flock to Max Anstie. An unfortunate crash in the second stint at the Grand Prix of Lombardia caused his price to remain unchanged at €250,000. It was a freak incident that left him on the ground a week ago and, had he not been in the wrong place at the wrong time, it is quite likely that he would have stood on the podium. Achieving something similar to that is certainly a possibility this weekend and, even if he does not, one would presume that misfortune will not strike again.

All of the British riders are reasonably priced on this occasion, as Tommy Searle only costs €200,000 and Shaun Simpson is pegged at €300,000. Romain Febvre and Jeremy Seewer are much better picks at that €300,000 price tag though, although the former is difficult to judge at this point. It would be surprising to see him struggle, as he would not return if limping to twentieth was a possibility, therefore one would presume that finishing inside of the top ten is realistic. It is very important to watch the qualifying race before selecting premier-class riders though, as that is hypothetical at this stage. The picture should become clearer in twenty-four hours.

Jeremy Seewer appears to be the safe bet at €300,000. Finishing inside of the top ten in the two motos is almost guaranteed, as consistency has never been a problem for the MXGP sophomore, and that is all that is needed from a rider in that price range. Seewer is no longer beset by the health issues that struck him in the off-season either and therefore putting faith in him cannot be considered a risk anymore. A mix of safety and danger is the best way to construct an MX Manager team and he could be the considered the safest pick in his class.

There is so much to discuss, now that prices are changing regularly, that it is inevitable that this feature will run long each week. What riders tickle your fancy at this point? Join in the conversation on social media (motocrossvice on Twitter) and feel free to send any questions across throughout the weekend.