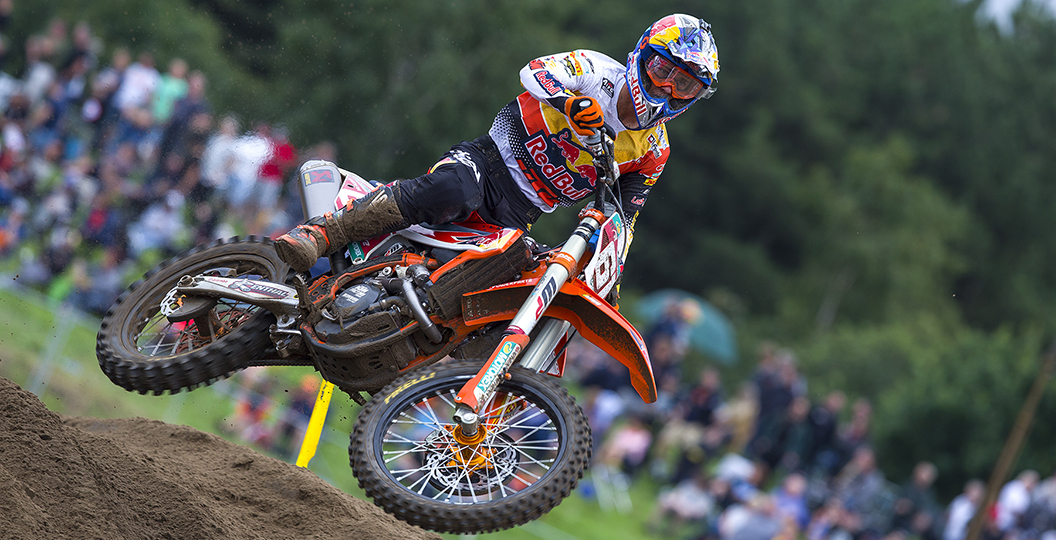 The 2019 FIM Motocross World Championship will grace the historic road-race facility of Imola, in Italy, for the fifteenth round of eighteen this weekend. There is plenty to discuss once again, as certain riders return from injury and others attempt to prove a point ahead of a hectic silly-season period. Those factors are set to impact your Fantasy MX Manager team, so it is better to prepare. Fail to prepare then, well, prepare to fail. The saying goes something like that anyway.

I typically flock to those who cost around €350,000 and then base my squad around that. It is just a strategy that gives me the most confidence and helps me sleep at night. This time, however, there are no riders in that mid-range who really tickle my fancy. A rider like Glenn Coldenhoff is too inconsistent to put faith in, then guys like Max Anstie and Jeremy Seewer are just too expensive. It is almost as if the person who aligns the pricing structure did so with the sole goal of pushing me outside of my comfort zone. This is the best time to shake things up though, as the number of races that remain is falling at an alarming rate.

It seems as though a great option would be to stack a lot of your chips in the MX2 division. Going with guys like Shaun Simpson (€200,000) and Tommy Searle (€150,000) in the premier division would provide a good opportunity to acquire decent points, whilst also leaving you with enough budget to make a run at glory in MX2. Kevin Strijbos, Jordi Tixier (who oddly came alive in the bottomless sand of Lommel) and Brian Bogers hover around a similar price point and could potentially break into the top ten. The Italian hard-pack should favour Tixier and the aforementioned British riders though.

If you spend around €350,000 in MXGP then signing Jorge Prado in the MX2 class is an obvious move. Doing that would still leave you with €250,000 to spend on a guy like Dylan Walsh, who should excel on the jump-laden layout. There would still be €50,000 to dump into a team or manufacturer too, so it is a strategy that can work. There is still no doubt in my mind that spending that much money on Prado is only worthwhile if he delivers the fifteen bonus points that are on offer as well though. Prado can do that, but there have also been instances this season where he has failed to scoop maximum points.

There is not really another safe option in the MX2 division, as everyone else tends to be inconsistent. Tom Vialle (€450,000) should thrive this weekend and has a brilliant shot at taking bonus points as well. Thomas Kjer Olsen (€400,000) is still great value, although he too has failed to string consistent results together in the last month. Henry Jacobi (€350,000) is arguably the most tempting, as he seems to have a lot of upside. Jacobi was on the podium the last time that the Grand Prix contingent tackled a surface like this, that being at the Grand Prix of Czechia, and he will not break the bank at that price.

Mitch Evans only costs €300,000 and that will tempt a lot of players. There is one important fact that could cause you to look elsewhere though: Evans has only scored fourteen points in the last six rounds. Although he has not competed in a lot of those races, that figure acts as a reminder of just how tough the last couple of months have been. There is a chance that he will return this weekend and immediately fight for podiums, but it is by no means guaranteed and signing him is a risk. The same could be said about his teammate, Zachary Pichon, but he only costs €100,000, so he will not make or break a team.

There are two additional riders who could spike interest in the MX2 class. Rene Hofer and Morgan Lesiardo (€150,000 apiece) have the ability to achieve a lot and provide users with a decent return. Hofer proved he can run with the top ten at the Grand Prix of Czechia, so that is an encouraging fact, and Lesiardo exceeded all expectations at the previous round in Belgium. Both riders are fairly inconsistent though, so who knows how things will unfold across the next two days? It’s worth watching the practice times and then trying to make an educated decision.