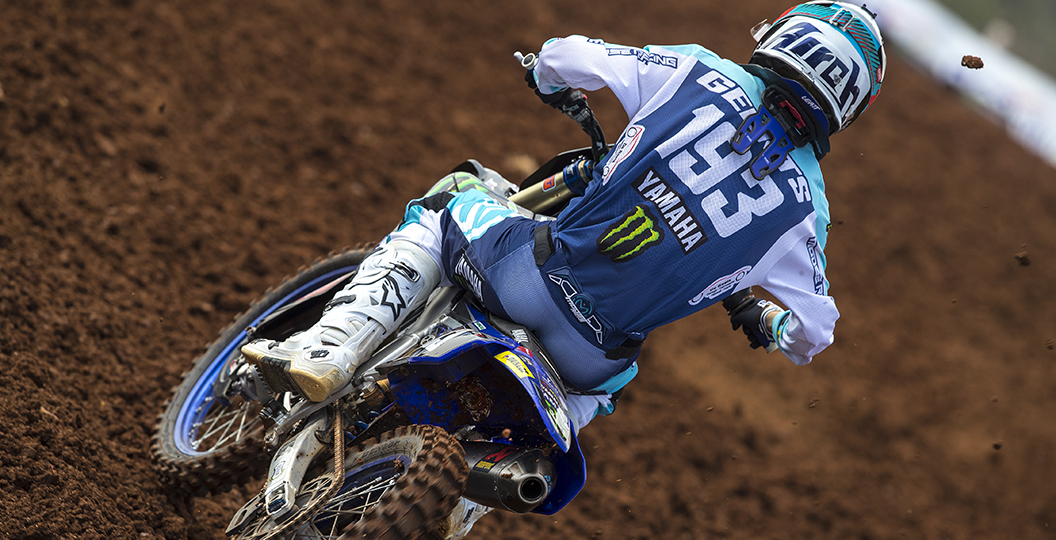 Talk about being spoilt for choice! An abundance of Grand Prix riders will return to the 2019 FIM Motocross World Championship this weekend, after electing to skip the overseas events in Asia, and therefore players on Fantasy MX Manager have a lot of options to choose from. The battlefield is perplexing this time around, as every rider appears to have a different backstory.

Where to even start? Tommy Searle and Shaun Simpson jump off the page in the premier division, as there is a ton of room for upside with each rider. Searle is going to make his debut with Monster Energy KRT and that should give him a bit of a bump in the results column. There is no need to be concerned about potential issues with his bike, which makes a change, so two points-scoring rides appear to be on the cards. There is a lingering rib injury that is a cause for concern, but in talking to Searle it sounds like that is not going to be as much of a problem on the hard-pack of Loket. Lommel will be a different story though.

Tommy Searle is pegged at €200,000 and therefore costs €50,000 less than Shaun Simpson. This is the first time that Simpson would have ridden at the highest level since the Grand Prix of France, which really seems like an eternity ago. One would have to allow for a degree of rust but then his performances in the domestic events suggest otherwise. What could he realistically achieve? Jumping in between eighth and tenth seems doable and that would be quite the return at that price. It is important to remember that he is fairly reliable and will deliver something at least.

Choosing to ignore those in a higher price bracket was not the intention here at all, but whilst perusing the list of prices it quickly becomes apparent that there are some bargains to be had. Anthony Rodriguez should be a solid pick at €150,000 and if a couple of things break his way then he could be a great option. The field is weaker than it was a couple of months ago, with guys like Jeffrey Herlings and Clement Desalle out, so is it really ludicrous to think that he could push into the top twelve? One must consider that picking Rodriguez means that, by default, an investment is being made into the wayward BOS Factory outfit though.

Imagine picking two of the guys mentioned above, or another guy like Kevin Strijbos at €150,000, and then having so much room to manoeuvre when choosing a team in MX2. There are not as many bargains in that class and therefore more of a budget will inevitably be consumed. The cheaper options, like Darian Sanayei or Brian Moreau, are just a risk that could really break either way. It is not like going in that direction would be crazy, but it would just be harder to sleep in the hours prior to race day. The hard-pack of Loket will suit both riders though. What a conundrum!

Dylan Walsh has not had too much play on Fantasy MX Manager thus far this season, simply because there are typically safer options. Could this be the week that players flock to his side though? €250,000 is a strong price for the hard-pack specialist who appears to be on form at the moment, despite skipping Indonesia. It was surprising to learn just how many riders and team personnel think that those who did not travel across to Asia are going to have an advantage at the Czech Grand Prix. All of these points indicate that Walsh, who has been in the top ten in three motos this term, is worth considering.

Henry Jacobi and Mitchell Evans are extremely tempting at €300,000 and €350,000 respectively. There is a reason why both riders are so cheap though. Neither guy has actually delivered in quite a while! Jacobi has appeared in the top five just once in the last two months, which is a mind-blowing statistic, and Evans is in a rut that consists of multiple crashes. Fourteen points have been secured by him across the last four events and that is, once again, just jaw-dropping. There is a chance that they could both get back on the right track in Czechia, but it will be costly if they fail.

This last point is actually extremely important. KTM’s Rene Hofer will step up into the MX2 division at Loket and only costs €100,000. It is likely that he is going to deliver at that price, because he does not need to do much, but just keep an eye on his practice times. It would not even be shocking if he ends up with the hard-charger points on Sunday night. Does it not sound realistic for him to qualify badly, grab a poor start before finding his feet and beginning to pick his way through the field? Just think about these things and reap the benefits.