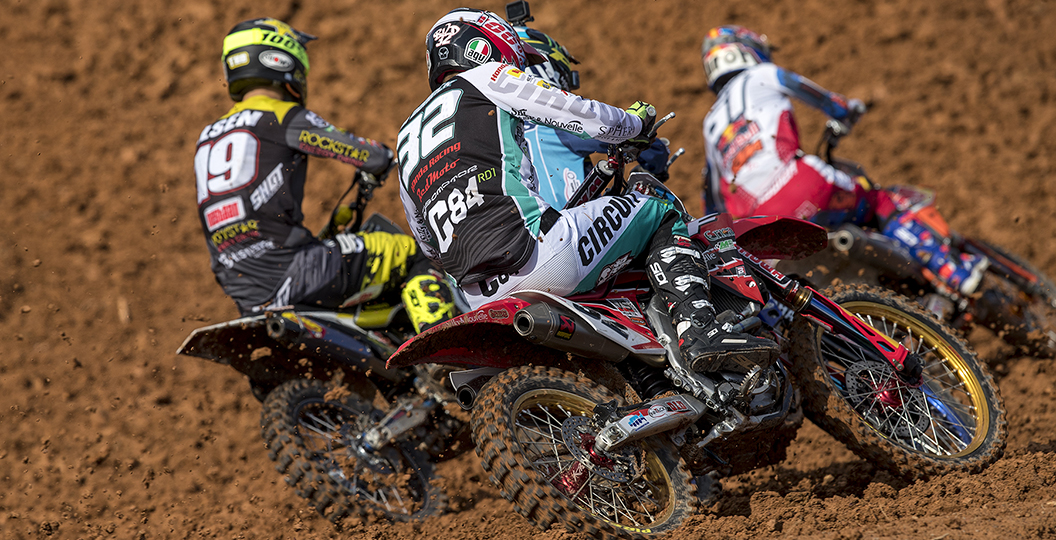 The 2019 FIM Motocross World Championship is about to breach the twelfth round of eighteen, so the clock is ticking. If making a charge towards the top spot is a priority, and it really should be with such a hefty price on offer, then it is time to piece some strong weekends together. The Grand Prix of Asia is going to provide a chance to do exactly that.

Before looking forwards and assessing what lies ahead, now seems like an ideal time to look back and learn how Tim Grieg won for the first time ever at the previous round. Tom Vialle, Brent Van Doninck, Max Anstie and Tanel Leok were his four guys. Honda and Monster Energy Yamaha Factory Racing also filled the remaining spots in his team. Interestingly, he did not have the hard charger. That proves that it is not overly important, which is amazing news. It is possible to gain ground without that boost of twenty-five points! Bas Vaessen obviously got that award and actually did not appear on any of the teams in the top twenty. Food for thought.

Another interesting point about the winning team from a week ago is that the player in second place, Tanya Gilzean, had exactly the same team as the user in first. What was the tiebreaker in that scenario? Tim, who won, finalised his line-up on Saturday morning, whereas Tanya did hers on Saturday night. The players who logs their team the earliest wins the tiebreak. That is actually an important point to consider this weekend: Get your teams in by the end of Saturday night! Picks close early on Sunday, because of the time difference, so do not get caught out by that.

Onto the twelfth round of the 2019 FIM Motocross World Championship then, where prices have changed quite a lot. A rider like Tanel Leok, who is guaranteed a great finish in the weaker field, now has a price that reflects that. Paying €250,000 to have Leok on a squad is no longer a sure thing nor is having Lewis Stewart, who proved to be superior compared to the rest of the premier-class wildcards, as his price has been raised to €100,000. The difference is so minimal there though that I, personally, would recommend going with the Australian. A top fifteen finish is really quite likely.

Brian Bogers and Jeremy Van Horebeek are interesting at €250,000 each, although both riders occasionally struggle with the heat. Palembang was an example of that and, news flash, conditions ae going to be worse at Semarang this weekend. The humidity may not quite be on the same level, but temperatures are set to soar to above thirty-five degrees. It is definitely worth considering who is capable of going the distance and who has a tendency to throw the towel in early. Max Anstie stated that he likes the heat, for instance, and something like that should stick out when selecting a team.

Max Anstie is a difficult one this week though, simply because his value has risen so much after such a great performance at Palembang a week ago. Everything seems to be positive at the moment, hence why he just cannot be ruled out at €500,000. The return is obviously not going to be the same as a week ago, but points are still on the table. Is he a better pick than Tim Gajser at €600,000? Probably not. Gajser is a favourite to grab around ten bonus points on Sunday, which make a massive difference. Take ten points off of the total that the winner had a week ago and that player would not have even won a voucher.

MX2 is where the risks lie. Ben Watson could be an amazing pick at €250,000 if he hovers around the top ten, like he did in qualifying a week ago, but there is no telling whether his hand will hold up on a track that is going to be more demanding than Palembang was. Keep an eye on the number of laps that are completed in practice and whether he even tries to ride in the warm-up session on Sunday, although that will be tough with the time difference. Perhaps, taking that into account, it is not worth the risk? No one wants a repeat of what Nick Morgan went through last week!

Andrea Adamo could pick a healthy number of points up, depending on whether he has full recovered after a crash last week or not, and Zachary Pichon could do the same. Richard Sikyna joins those guys inside the €100,000 bracket. Pichon is the most appealing out of those three, but he is far from a sure thing and scores points less than most probably even realise. Sikyna is not going to be on the radars of most but watch out: He exceeded a lot of expectations last week and pulled in a handsome number of points for fantasy owners. It is worth noting that his price has risen by €50,000 though.

It can be hard to follow a round like the Grand Prix of Asia, as there are plenty of hurdles to overcome, but that is why the MX Vice team are present. If any questions arise across the weekend, just send them in via social media and we will do our best to advise. Good luck!