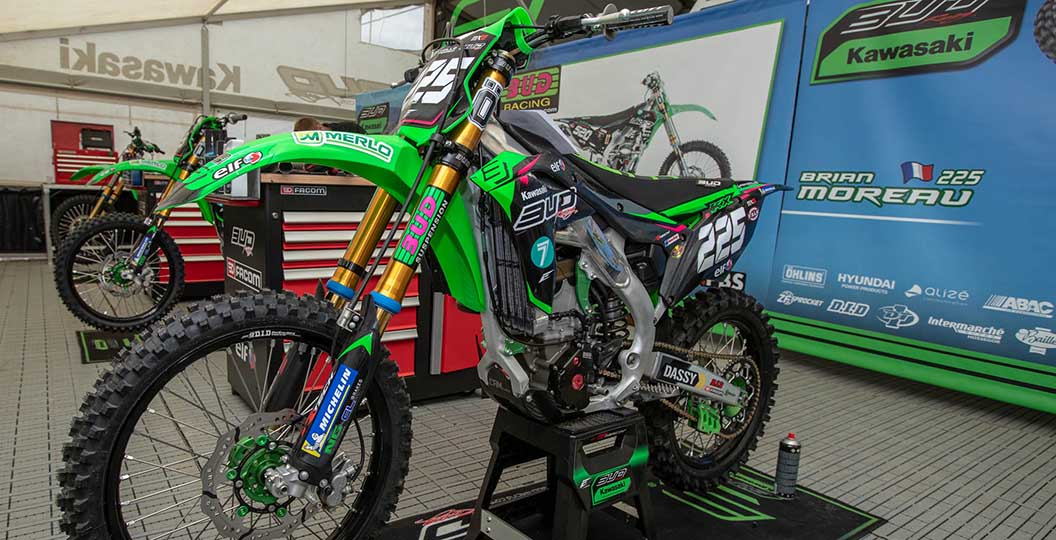 After tackling the sand of Valkenswaard a couple of days ago, the Grand Prix contingent had to immediately turn their attention to the hard-pack of Pietramurata. The Italian track, which strikes just as much fear into hearts of the inexperienced, will host the fourth round of the 2019 FIM Motocross World Championship and pose a vital opportunity for Fantasy MX Manager players to gain ground.

Scores have really fluctuated through the first three rounds, more so than ever before, and the total points that most winners have amassed are lower than they typically are. What does that mean? Well, first of all, if the opening races have not been overly kind then it is possible to gain ground and then return to the top of the charts. The Grand Prix of Trentino will spark a superb opportunity for that, as more guys have sprung up the pecking order and transformed into a viable option. The newest Bud Racing Kawasaki entry, Mitchell Harrison, is the most noteworthy rider on the entire game this week. Is it worth taking the plunge?

Mitchell Harrison signed a fill-in deal with Bud Racing earlier in the week, by the way, and will now compete in the rest of the 2019 FIM Motocross World Championship. Harrison has no experience in Europe, nor has he ridden a Kawasaki since his amateur days, so there are plenty of unknowns there. It is worth noting that he did take part in the American stops on the Grand Prix schedule back in 2016 and 2017, and even finished up on the box at Glen Helen, but that just indicates that he is going to be at the front eventually. Immediate success is almost impossible to come by when the cards are stacked like this.

Anyway, Harrison is available for €150,000 on Fantasy MX Manager currently. Does that make him a viable pick? It is worth looking at… There is absolutely no doubt about that. There is a lot of upside to that signing. €150,000 is nothing in reality, as that makes him the same price as Andrea Zanotti. It is fair to state that he will be the strongest of those two riders, even in his first race. There is no way that he will be that cheap at the next event, the Grand Prix of Lombardia, unless he just completely bombs out at Pietramurata. Harrison needs to finish around thirteenth to really pay off at his current price.

How about his teammate though? Brian Strubhart-Moreau was extremely strong when he first hit the track at the Grand Prix of Patagonia-Argentina but was then struck by an arm injury and will return to racing this weekend. Is it too early to jump onto the bandwagon? €200,000 is his current cost. What return is required in order to make that investment worthwhile? A top-ten finish is needed really and, considering his lack of seat time, that may be a tall order. It is better to invest slightly more and go for a guy like Mitchell Evans at €250,000 or just swing for the fences with Mitchell Harrison at €150,000.

There is actually an interesting rider to consider in MX2. Conrad Mewse is rather costly at €400,000, had a hard crash at the Grand Prix of The Netherlands last week and typically gets bad starts. Putting him onto a team could be a good decision though. It is likely that he will end up in the top ten each time, despite all of the above, so solid points would be garnered on race day and he could even clinch the hard-charger bonus! Having Conrad Mewse and Mitchell Harrison as the two MX2 riders on a team may not be a bad idea. There is a lot of risk there, but it could pay off in a huge way.

There is an important point to consider this weekend. Following the Grand Prix of Trentino, rider prices will fluctuate from one weekend to the next and therefore it will be harder to make huge gains. Mitchell Evans and Jeremy Van Horebeek will undoubtedly go up in value, so it may be wise to take advantage of bargains this time around. 2019 Fantasy MX Manager is just getting started.