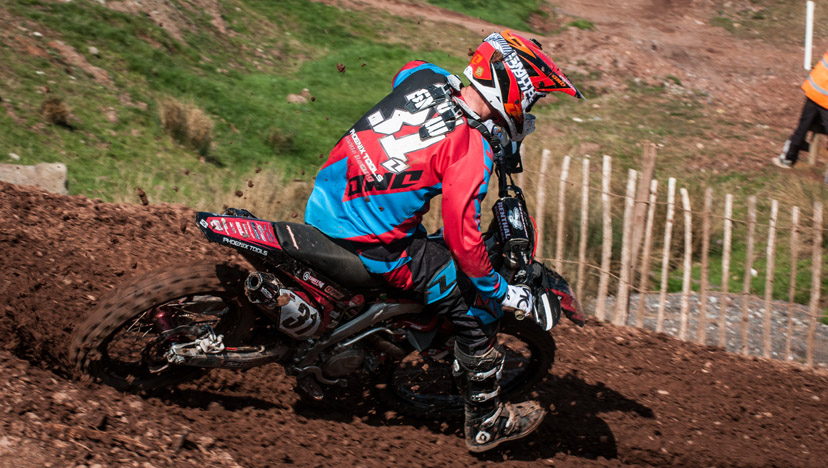 This Sunday March 30th the Phoenix Tools Premier Motocross Championship heads down to Cornwall to Fraddon Moto Parc for round 2 where defending Expert Open Champion Luke Hawkins on the Phoenix Tools Rocket Honda who was consistent at the opening round will be looking to increase his Championship lead over young 16 year old Todd Kellett who had a blistering opening round, but unfortunately Todd will not be in action after breaking his L1 in his back last weekend who we wish a full recovery. Currently lying in 3rd is the Oakleaf Kawasaki of Shane Carless with fellow Phoenix Tools Rocket Honda rider Alex Snow right on his heels, but there is plenty of other top Experts in attendance like 2012 Champion Jamie Skuse on the Tony Maunders Racing Suzuki, 4-times winner John May on the St Blazey Suzuki, the Crescent Racing KTM of Jake Shipton, Oakleaf Kawasaki’s Luke Mellows, James Dodd on the TwoNineTwo Honda, Kelvin Townsend on the Phoenix Tools Rocket Honda, the Meredith Suzuki of Luke Dean and local Cornish Wiz kid 16 year old Josh Gilbert on the St Blazey Honda who will have plenty of local support to name a few.

In the Over 35 class it’s the Gibbs Performance/St Blazey Yamaha of Nick Life who heads the proceedings after the opening round from Gavin Flagg and former Champion Martyn Tucker, but also in the mix will be the likes of Stephen Elford, Keith Hanson, Ross Parry, Rob Lewis, Jamie Deadman plus many more. The Over 40’s class has Jon Rutherford on the J R Racing KTM leading the proceedings just ahead of Chris Brown whereas in the over 50’s its Mark Gleadhill who will be the rider to beat as he took a hat trick of wins at the opening round.

The Junior Championship produced some brilliant racing at the opening round and this is set to continue at Fraddon where Luke Sturgeon heads the standings after winning all 3 races at round 1 and will be hoping to continue winning, but hoping to do well on home soil will be Cornishman Leon Burt who sits in 2nd in the standings along with the likes of Toby Harvey and fellow Cornishman Dan Wade plus many others.

Fraddon Moto Parc has easy access and parking and will be signposted off the A30 just South of Bodmin with the first race at 10-30. (There are still a few spaces in the Experts and the Overs, so if you are looking for a ride give Mel a call on 01626 365335)