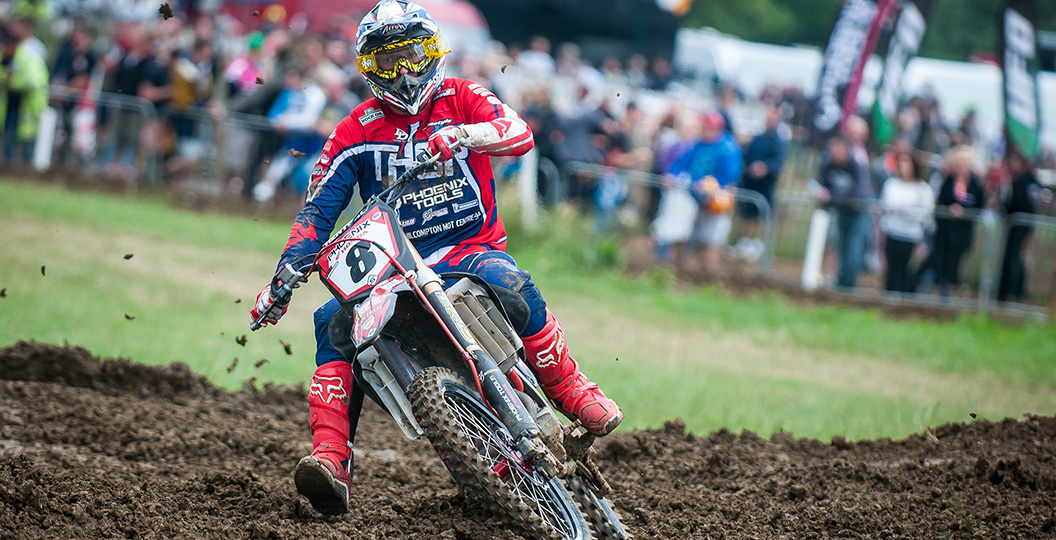 Fastest in qualification was Snowy, with Hawko` in second spot however it was Hawkins who hit the front in moto 1 and didn`t look back. Snow gated fifth and moved forward slowly on the fast, one-line track but ended up in the runner-up spot after a frustrating race.

Moto 2 saw another lightening start from Hawkins launch him into the lead and once again Snow had to battle for position from a fifth place start. Up front, Jamie Skuse tried to hold on to Hawkins which gave the pair a good lead over Snow who finished an eventual third, overhauling fellow Phoenix rider Kelvin Townsend who held third until two laps from home.

Snow had been pebble-dashed enough in the first two moto`s and hit the front around turn one in the final race. Hawkins this time came from fourth to second and while Snowy took a comfortable win, Hawkins too cruised home in the runner-up spot. Kelvin Townsend finished his day with three consistent rides and Ben Butler consolidated his championship position with 11th overall on the day to round off another great team effort.

The next Phoenix Premier round (seven) takes place at Garlands Moor on Sunday 3rd of August.