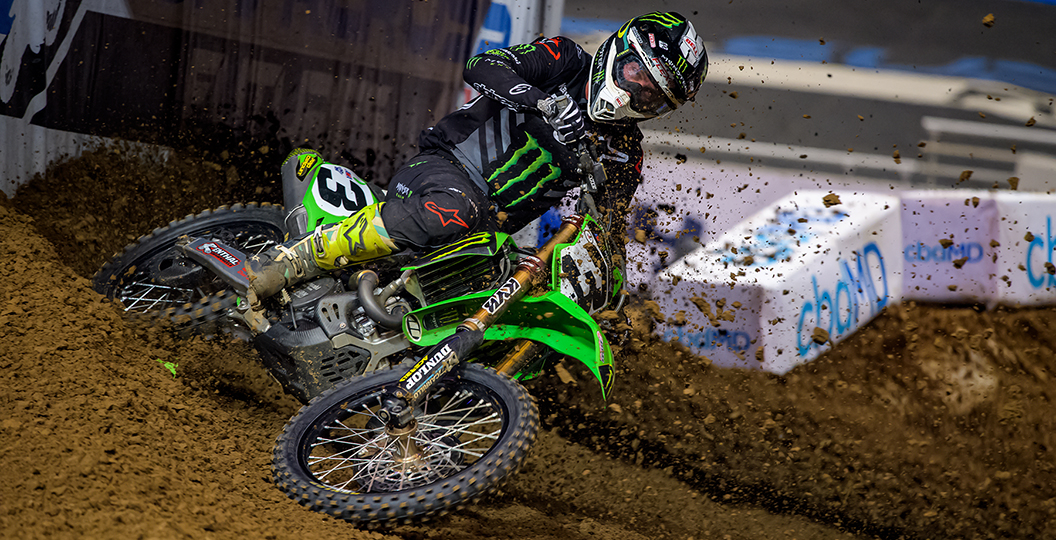 Phillips on: The Start

It is no secret that the off-season is not exactly the best time to be a motocross fan. There are only a couple of races to follow – some of which are not overly exciting – and there’s no real news once the bigger team announcements are exposed. Does that not sound amazing right now though? What everyone would give for a one-off race in Switzerland or Australia!

I have been guilty of moaning in the off-season and becoming frustrated with very little happening, but the last two months have really been an eye opener to how bad that situation could be. There has been nothing to talk about, other than dream of what could have been. The fact that it’s so early in the year means that contract announcements are non-existent, and the lack of races means there has not been so much as an entry list to drool over. Rough times indeed.

That is all about to change with the return of 2020 Monster Energy Supercross. Is the event thousands and thousands of miles away from where I am currently sat? Sure is. Can I go? Absolutely not. Entering the USA’s enough of a hurdle alone at the moment. It is still going to be so, so good though. This is set up perfectly. There have been a lot of title fights that are really predictable once the eleventh round is reached and had that been the case this year then crossing off the last seven rounds would have felt like a box-ticking exercise.

Three measly points separate the top two and there is just no way to predict how this is going to play out. Eli Tomac looks like the favourite on paper – he has the red plate, most victories and rides at altitude a ton. It’s all looking quite good for him, right? The issue is that it has looked good going into the last four seasons! It was looking good when he had the red plate with two rounds to go in 2017 and had won six of the seven mains before that.

Do you need more examples? Okay! It looked quite good for him when he had the red plate after five races last year too. The point of this is that if someone simply looked at the standings and used that data to make a prediction for the final seven races, the pendulum would swing in the direction of Tomac. There’s no way to argue against that. History tells us that you cannot sit back and expect him to do what he is expected to though, which adds another layer of excitement to this whole scenario.

The very first event is going to be telling though, taking all of that into account. Tomac is going to think that this is his thing to lose and that is justified, as mentioned above. Jumping on track this weekend and getting his fifth win of the season will almost confirm that in a way, therefore putting him at ease for the remaining six events. If Ken Roczen gets his fourth win of the term at Salt Lake City 1, which is certainly possible, then it will force Tomac (and fans worldwide) to re-evaluate the situation.

There are just so many ways to look at this. Watching the racing from Salt Lake City, in Utah, is going to be incredible, but assessing everything in the days following each event and trying to make predictions is going be just as good. Buckle up, race fans, because everything is about to go from zero to one hundred very fast. That brings me to my last point and something that has been on my mind for years, actually. I am a big fan of everything that goes on in the United States and follow Monster Energy Supercross religiously.

Anyone who has followed anything on MX Vice knows that I am not one to go on about the America versus Europe debate nor do I care who has the best series. It is racing and we all love that, right? That’s all that matters. I’ll be writing some stories on the remaining seven rounds, using my knowledge from the events I have attended this year and contacts in Utah, but I do not want it to seem like I am a European media guy who is spouting off about something that I have no clue about. Is that good with everyone? Yeah? Good.