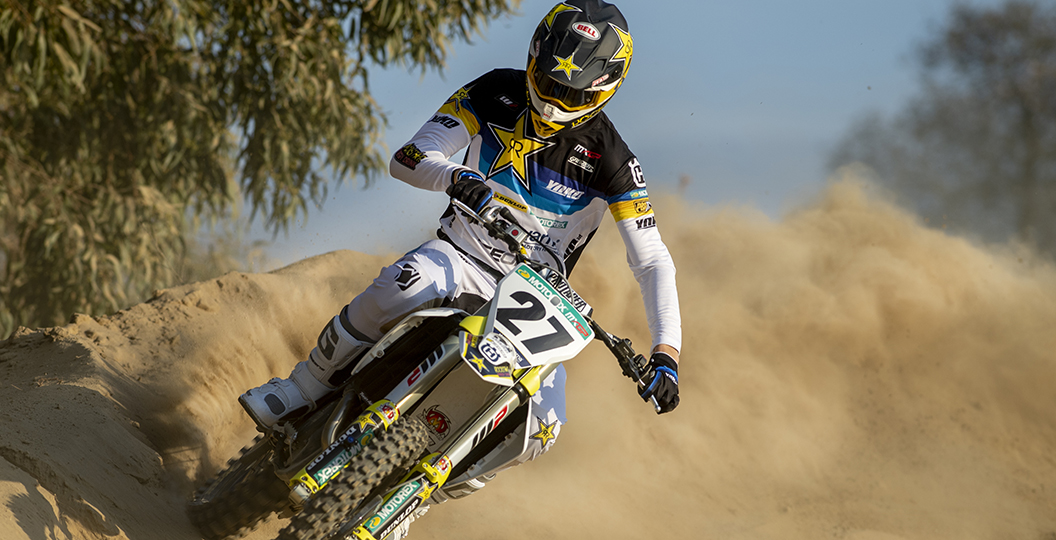 Although those in the Grand Prix paddock have not had a chance to mingle since the beginning of March, contract negotiations are already underway at a furious rate. A couple of contracts have been finalised and made official in this quiet period, which has in turn made it a bit easier to guess what could happen at some other teams. It is a huge jigsaw puzzle! Put the pieces together by reading about the current status of each active premier-class star. This post will be updated, as more news drops, so feel free to save the link and check back semi-regularly.

#84: Jeffrey Herlings signed a contract with the Red Bull KTM Factory Racing squad in February, which will take him through to the end of the 2023 FIM Motocross World Championship. There is a good chance that he will pack it in at the end of that season.

#243: Tim Gajser signed a new contract a year and a half ago, which will expire at the end of the 2020 FIM Motocross World Championship. It is unlikely that he will go anywhere else though and, yes, he is going to stay in Europe. Nothing will change here.

#222: Antonio Cairoli has spent his time in lockdown quite wisely, as he has agreed on a new deal with the Red Bull KTM Factory Racing squad. The contract is a one-year thing and will run throughout the 2021 FIM Motocross World Championship.

#25: Clement Desalle re-signed with the Monster Energy KRT squad at the end of the previous season, but it was only a one-year deal and he has to renegotiate before the 2021 FIM Motocross World Championship. Desalle will turn 31 in May, so should keep running.

#21: Gautier Paulin could be hunting for a new deal once the Grand Prix term kicks off again – his deal with Monster Energy Yamaha Factory MXGP is thought to expire at the end of this year. MX Vice is now awaiting confirmation on this one.

#259: Glenn Coldenhoff signed a two-year deal with Standing Construct KTM (at the time) that will run out at the end of this year. There is no way that he will go anywhere else – that would be so surprising. It would not be a shock if he has already extended, actually.

#27: Arminas Jasikonis has signed yet another deal with Rockstar Energy Husqvarna Factory Racing, so will remain in those colours for another year. The deal is just for the 2021 FIM Motocross World Championship – this is the third time he has signed a one-year contract with Husqvarna.

#61: Jorge Prado signed a huge deal in the middle of last year and is going to be in orange for the foreseeable. Prado will finish his current deal with Red Bull KTM Factory Racing at the end of 2023, so the same time as Jeffrey Herlings.

#91: Jeremy Seewer is locked into a deal with Monster Energy Yamaha Factory Racing until the end of 2021, so he will continue to be the lead rider in blue. There is nothing to see here! Wilvo will continue to run that factory operation as well.

#89: Jeremy Van Horebeek is on a year-to-year deal with Honda SR Motoblouz, so will have to renegotiate. It would be a shock to see Van Horebeek move on though – he is tight with those guys and the reason why they are in the Grand Prix paddock.

#43: Mitch Evans is on a one-year deal, which is pretty surprising, but it is safe to assume that HRC will lock him up in a multi-year deal now. It would not be a shock if the deal is already done. Hey, at least he can get a pay rise!

#24: Shaun Simpson is probably in a multi-year deal with SS24, huh? If SS24 does not re-sign Simpson then, well, who knows. This is all obviously a joke – he is going to stick with his own team. It is likely that the SS24 team will still be going after Simpson has retired.

#41: Pauls Jonass will reach the end of his deal at the end of the 2020 FIM Motocross World Championship, which is really interesting. Rockstar Energy Husqvarna Factory Racing have a few high-profile stars they can go for and, after talking to Jonass, it does not really sound like he is close to re-signing at this point.

#29: Henry Jacobi entered the premier division with the SM Action Yamaha outfit, but that contract was a one-year deal for the current Grand Prix term. Jacobi has already made enough of a statement to be sought after for the 2021 FIM Motocross World Championship.

#189: Brian Bogers is currently working through the first year of his contract with Marchetti KTM and could actually return for the 2021 FIM Motocross World Championship. There is a second-year option in his deal, which should make things easier.

#4: Arnaud Tonus is expected to reach the end of his current deal at the end of the 2020 FIM Motocross World Championship. MX Vice is awaiting confirmation from Monster Energy Yamaha Factory MXGP on this one.

#747: Michele Cervellin is off to a solid start with SDM Corse Yamaha and does not have too much to worry about. Although he is on a one-year deal currently, he does have a second-year option on his contract with the Italian team.

#6: Benoit Paturel has a one-year contract with the new JM Racing Honda outfit, but there is an option in his deal for 2021. Paturel has ridden well thus far – even though there has only been a small sample size – so it would not be surprising if he stays put.

#777: Evgeny Bobryshev joined PAR Homes RFX Racing Husqvarna in the off-season prior to the 2020 FIM Motocross World Championship, but the deal was a one-year thing. Bobryshev will be on the market again at the end of the season.

#152: Petar Petrov joined the new look VRT Nordpesca KTM squad prior to the 2020 FIM Motocross World Championship, but it was just a one-year contract. Petrov is another guy who will be shopping for a deal in the off-season, whenever that may be.

#128: Ivo Monticelli signed a new deal at the end of the previous term, hence why he is still sat underneath the Standing Construct awning. That was just a one-year deal though and he is therefore up again this year, much like his teammate. Could Standing pick up a second high-profile name, now that they are full factory?

#77: Alessandro Lupino managed to stay on the Gebben Van Venrooy team for this year, as he already had a contract in place before the talk about switching to Yamaha had even begun. The deal is up at the end of this year though, and he may need to look elsewhere. Time will tell.

#92: Valentin Guillod is in the same boat as Jeremy Van Horebeek – the contract with Honda SR Motoblouz is just for this year at the moment. There is more pressure on Guillod, as he has already fallen out of Grands Prix once. It would be a great shame for that to happen again, and so soon too!

#911: Jordi Tixier has bounced around so much in the last couple of seasons, but finally has a bit of stability. Tixier has started up his own KTM team, ahead of the return to racing, which means that he does not need to worry about finding a landing spot for the 2021 FIM Motocross World Championship.

#7: Tanel Leok will be with the A1M Husqvarna outfit for as long as he continues to do the Grand Prix series, which may be forever at this rate. Nothing to see here.

#321: Samuele Bernardini is currently competing for the Italian Ghidinelli Yamaha outfit, but his contact is going to expire at the end of the current term. It is fairly typical for guys on lower-tier teams to work on a year-by-year basis.

#811: Adam Sterry had a one-year contract with JD Gunnex Racing, but has left that team now. Sterry’s plans for the rest of the 2020 FIM Motocross World Championship are unknown, let alone 2021!

#10: Calvin Vlaanderen is only on a one-year deal with the Gebben Van Venrooy Yamaha, so is going to be open to talk to teams about 2021. Vlaanderen could potentially be hot property once he gets going – there is no doubt he is worth a swing.