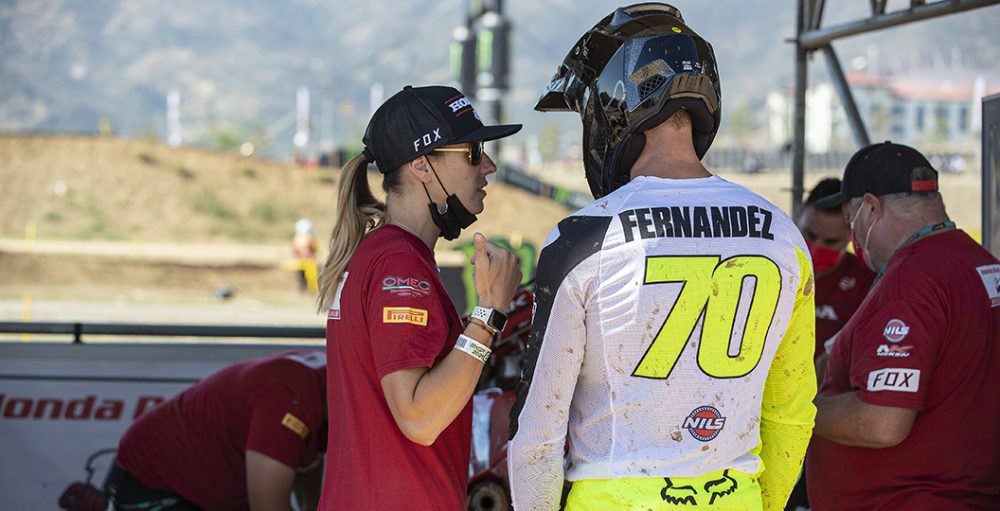 Ruben Fernandez had an eventful day at the Grand Prix of Turkey, round eight of 2021 FIM Motocross World Championship, as he crashed out of the second moto on the last lap. Not that it mattered in the grand scheme of things, as he was later disqualified from the moto for cutting the track. First of all, Fernandez is fine after flying off of the track. The following statement, released via Honda Pro Racing, confirms that he will race on Wednesday.

“The day was going solid for me with sixth position in timed qualification, then sixth in the first moto. I was also holding onto sixth position in the second moto until I crashed on the last lap. I feel very disappointed with myself, crashing after working so hard. I was off-balance when I landed and the tyre lost traction and spun me around, so I went off the side of the track and damaged the bike so I could not restart the race.”

The official results from Infront Moto Racing state that Fernandez was “disqualified for course cutting” and nothing more. There is no video evidence to go along with that, of course, but it was obviously deemed serious enough to strip him of any points. It just so happens that he did not score any anyway! Fernandez slipped to fifth at the Grand Prix of Turkey, because of this, and now trails Beaton in fourth by eight points. Thibault Benistant is just one point down on Fernandez in sixth.

There are rumours that suggest there is an incentive for Fernandez to finish in the top five overall, as that is the ranking that would result in him getting handed a CRF250RW (a HRC works bike) in 2022. That’s the word in the paddock. It is quite clear that Honda are very impressed by his maiden season with Honda. Fernandez has had two podiums and not climbed up onto the box since the last weekend in June.