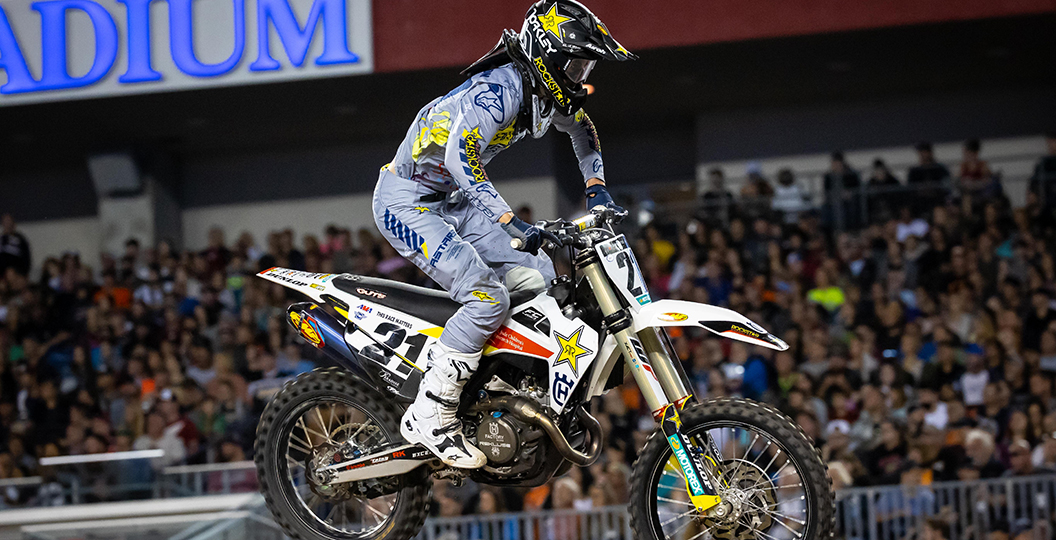 Eli Tomac won the premier-class main event in Tampa, Florida, in a fairly quiet manner, but there was chaos behind him. A battle in the lower half of the top ten kept fans on the edge of their seats and ensured that they had a good reason to stay in the stadium until the chequered flag waved. Malcolm Stewart was at the centre of that fight – he slipped down the order in the latter stages and engaged in an entertaining duel with Jason Anderson on the final lap.

Stewart slammed Anderson in the final turn and forced him to skip the whoop section before the finish, something that was scrutinised by the officials. Anderson did not slow down and entered the track at speed, therefore ensuring that Adam Cianciarulo could not make a pass and demote him to ninth. The officials have now deemed that unacceptable and docked him two positions.

Cianciarulo has been bumped up to eighth and Justin Brayton awarded ninth as a result of that. The official results show Anderson in tenth, meaning that he gained thirteen points. Anderson now runs sixth in the championship standings, thirty-seven points down on the current series leader.