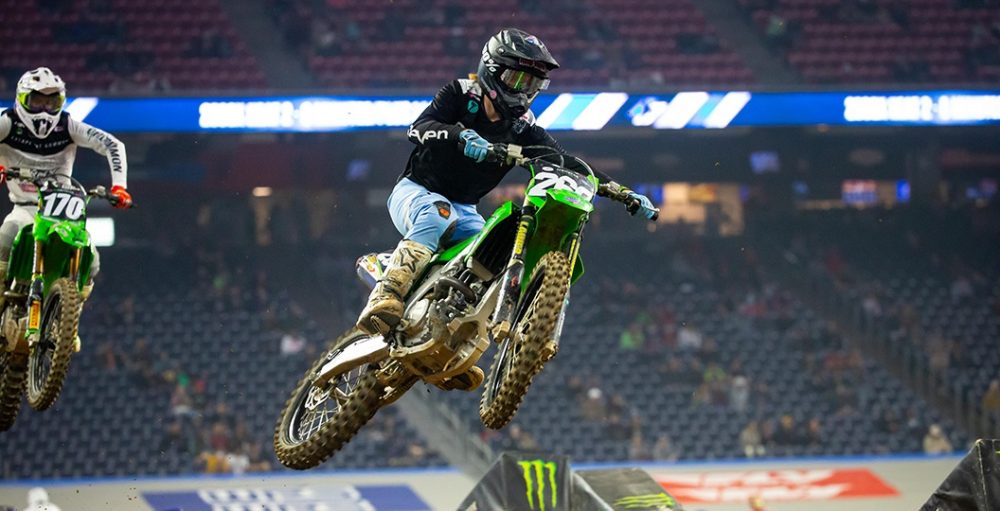 British fans had less to invest in at the opening round of 2021 Monster Energy Supercross, with Max Anstie out injured, but Dylan Woodcock represented his nation well by making the first 250SX main event of his career. Woodcock actually won the 250SX last chance qualifier, but the results do not show that. Why so? The AMA docked him two positions at the end of the race for jumping on a red cross flag, which put him in third. That was obviously still a transfer position though.

Woodcock made it five laps in the main, but burnt out his clutch and had to withdraw. That was explained in the following statement. “Made the main tonight, which was an amazing feeling, but burnt out my clutch after winning the LCQ so I didn’t get to finish the main event. Felt pretty good in the heat, missed out by one spot trying to make a pass. Onto Tuesday.”

In more Woodcock news, a GoFundMe has started to float around to raise the money for him to grab a race engine before the remaining rounds of 250SX East. The fundraiser was created by Steven Clarke, who has plenty of experience indoors, and can be viewed on this link.