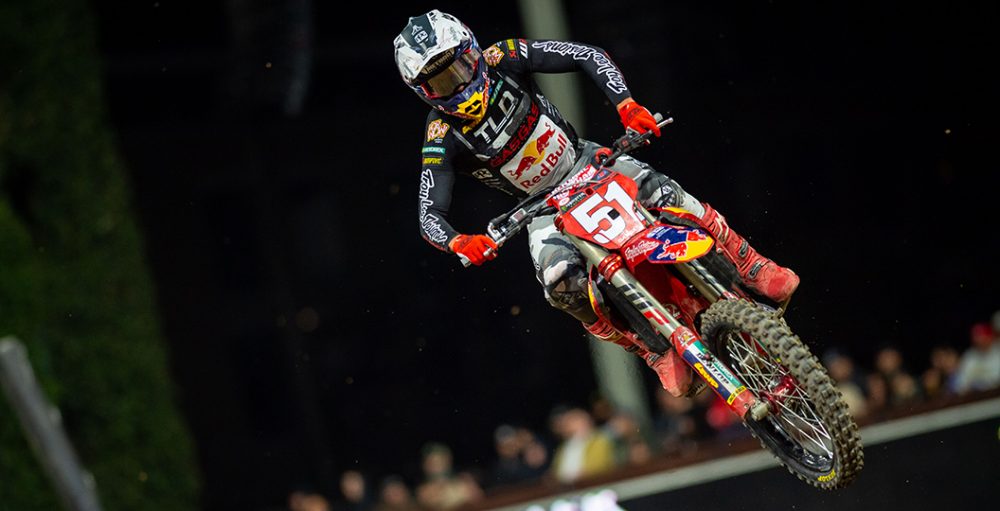 The third round of 2022 Monster Energy Supercross was action packed, with more unpredictable action in both the 450SX and 250SX classes. The fact that Justin Barcia was aggressive whilst moving up through the field was one of the most unsurprising moments – Justin Bogle felt his wrath and hit the ground hard after the finish line. Although Bogle looked hurt to begin with, he later climbed aboard his RM-450 and returned to the circuit with no intention of racing forward. Instead, he was out for revenge.

When Bogle was lapped by Barcia, he chose to retaliate and knocked him down entering the whoops. It was an uncharacteristic move and one that shocked the industry. Unsurprisingly, the AMA disqualified Bogle immediately following the main event and ensured that he would collect no points from his trip to San Diego. One could argue that he was lucky to not receive a punishment that was more severe. Bogle is now twenty-seventh in the 450SX standings, with a single point to his name.

“Justin Barcia was docked one position in San Diego. Justin Bogle was disqualified from the event.”

Barcia was handed a penalty for his initial move too, although his was less severe. Eighth was the position that he initially secured and he was docked one spot following the race, which meant that he fell to ninth and lost one point. Barcia is still fourth in the championship standings, just three points from the current championship leader. This is the third year in succession that Barcia has lost the red plate at the conclusion of the third race. Eli Tomac is in possession of the red plate and sat on an advantage of one point.