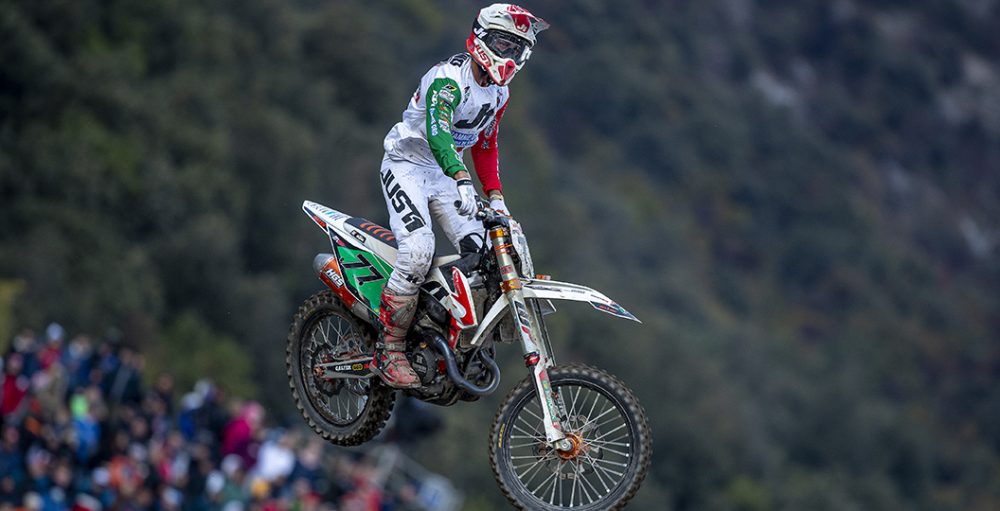 The results from qualifying at the Grand Prix of Trentino, the fifteenth round of the 2021 FIM Motocross World Championship, were not published instantly like usual, as penalties were handed out to four premier-class riders. Alessandro Lupino, Jose Butron and Benoit Paturel lost their fastest lap times at the end of the session – each rider was penalised for stopping on the track. It’s difficult to get away with that one.

Jeffrey Herlings ended on pole position at the fifteenth round of the 2021 FIM Motocross World Championship, the Grand Prix of Pietramurata, and has the advantage heading into the motos. Results from Wednesday’s event are available elsewhere on MX Vice.